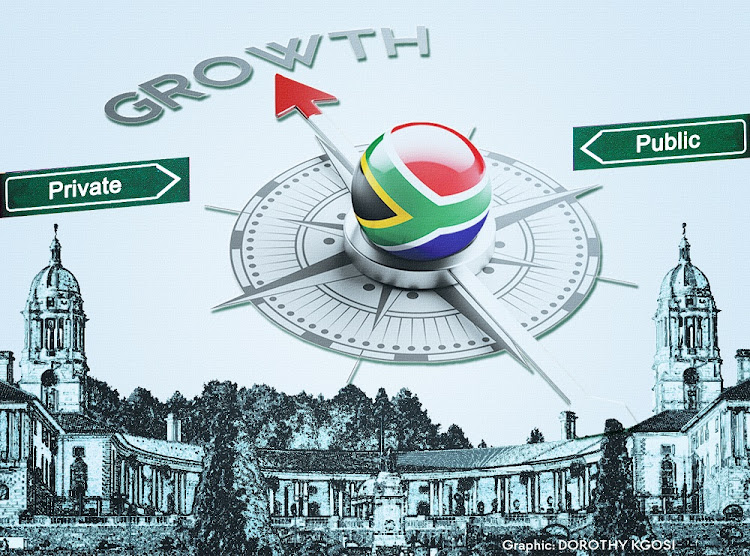 Though SA’s state-owned enterprises (SOEs) have fallen on hard times, there was a period when they were acknowledged as key players in the economy, and in some cases were the envy of the world.

Not only did they create jobs in key sectors, they were responsible for some of the strategic infrastructure investment in the country outperforming SA’s peers in advanced economies.

Long before the 1994 elections SOEs such as Eskom, Armscor, Denel and the Industrial Development Corporation were a vital part of the economy. Collectively, these companies were responsible for enormous investments in world-class infrastructure that benefited the whole country, including the private sector. They also sustained a number of related industries that were suppliers or service providers to them.

SOEs exist in varying degrees throughout the world and can be a force for good in an economy. According to the Organisation for Economic Co-operation & Development (OECD), which defines an SOE as any company where the state has “significant control through full, majority or significant minority ownership”, SOEs now account for more than a fifth of the world’s largest enterprises. In 2016 SOEs accounted for 10% of the world’s GDP.

So seriously does the OECD regard SOEs that it has even devised detailed guidelines for their governance. These guidelines cover the roles of the state as a shareholder, the board of directors and the management team. Consulting firm PwC argues that since SOEs have to balance social, economic and other objectives, it is imperative that they remain both financially sustainable and, where relevant, commercially viable as they go about their duty to “create value for citizens and society”.

Therefore, the importance of viable and well-run SOEs to any economy cannot be overstated. They have the potential to fire up economies — but they can also be a drag if poorly run, as is the case in SA. Regrettably, 28 years into our democracy many of the country’s SOEs are in a terrible state. Some have become so financially challenged that there have been periods when they could not pay their employees’ salaries on time, while others have routinely relied on the government to bail them out.

Some of the individuals appointed to the boards were pliable men and women who cared little about their fiduciary duties to those entities, but considered the advancement of certain personal and political agendas as their priority. Consequently, they also appointed to key positions men and women of their ilk, or intervened ruthlessly in the management of such entities, in the process frustrating those appointed to senior executive positions.

Where CEOs with moral backbones tried to stand firm against such boards, the latter often manufactured all sorts of allegations of malfeasance against them and kept them at home on suspension for months or even years — before quietly settling with them by paying them out for the remaining duration of their contracts.

Other common practices through which funds were misappropriated were the rigging of tenders and the allocation of work to suppliers that were unable to deliver, or overpayment for products and services. This is a direct cost that is sometimes difficult to detect, but ultimately a quantifiable amount that is squandered and leads directly to a lack of delivery or leaves an institution with a lack of funds for other projects.

Given this reality it follows that the country’s SOEs need to be turned around to enable them to deliver those products and services that are vital to make the economy work. For this to be done it is crucial that the government adopts the guidelines for SOEs advocated by the OECD. Among other things, those guidelines stipulate that in its role as a shareholder the state should “establish a clear and consistent ownership policy, ensuring that the governance of SOEs is carried out in a transparent and accountable manner, with the necessary degree of professionalism and effectiveness”.

That means only people of integrity, with the relevant skills and expertise, should be appointed to boards of directors. Likewise, the boards should appoint the most qualified individuals to run our SOEs and support them appropriately in the execution of their duties, but refrain from direct involvement in operations. Where tough decisions are required, as is typical of all successful turnarounds, the boards and the management teams should be able to take and implement them without being held back by the government as shareholder.

While there is merit in seeking guidance from international consulting agencies, it is important for the government and our SOEs to understand that relevant expertise also exists from local consultancies, scholars and academics, whose advantage would be greater familiarity with our history and context. It is important to appreciate that implementation of a turnaround strategy is not everyday management; instead, it is a specialised niche requiring different skill sets.

It is crucial that SOEs function optimally, efficiently leveraging on the limited financial resources invested in them. To accomplish that goal they should have a viable core business that they fulfil, and their services must be in demand. Their relevance must never be in question. SA’s 700-plus SOEs should therefore be reviewed, with only those viable and necessary entities retained.

It is to be welcomed that the government now appears more willing to consider partnerships between SOEs and the private sector. Not only will such public-private partnerships lead to a vital sharing of skills, but they are also bound to lead to greater confidence in the country on the part of international investors.

From both our research and experience from working with many of our SOEs, we conclude that the government must provide an enabling and supportive political ecosystem and ensure that the governance of SOEs meets the highest standards. While controls such as the Public Finance Management Act are important, it is vital that ways are found to ensure that SOEs do not find themselves unable to make — and implement — crucial decisions.

Any piece of legislation that has the effect of denying SOEs nimbleness and agility works against the success of those entities, especially if they happen to exist in a competitive market.

• Dr Nyatsumba is MD of KMN Consulting. Dr Heil a visiting lecturer at Wits Business School and Dr Mutamba a senior executive in the SOE environment.

The binary presentation of the firm as consisting of shareholders and managers — inadequate even in well-run listed entities— cannot apply to ...
Opinion
2 months ago

With more than half of South Africans living in poverty and hunger, a reckoning is under way
Opinion
3 months ago

A legislative act allowed the ANC into the Eskom engine room and the rest, as they say, is history
Life
3 months ago
Next Article

PETER ATTARD MONTALTO: Zondo reports remind us of the pong and the value of ...

Government’s finances continue to improve, but overall risk to the fiscus ...

PETER ATTARD MONTALTO: Zondo reports remind us of the pong and the value of ...

Government’s finances continue to improve, but overall risk to the fiscus ...