LAEL BETHLEHEM: Why the sun has not set on the mining sector 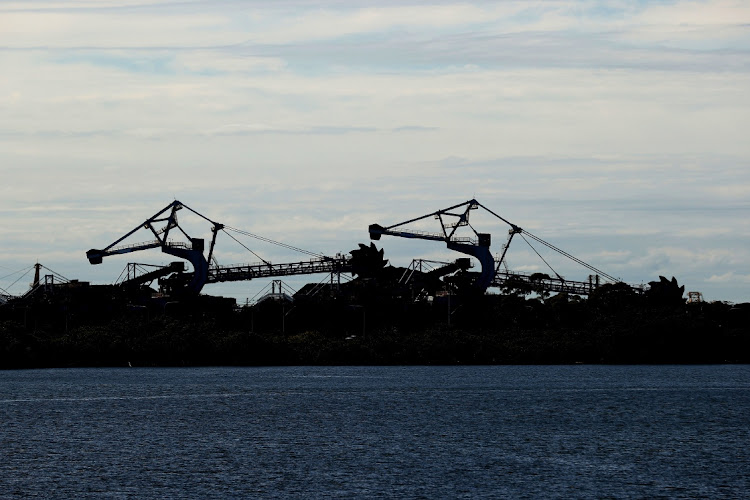 In economic policy circles in the 1990s, mining was often referred to as a sunset industry. Indeed, one of the main objectives of the emerging democratic policy was to diversify away from mining. It was assumed that the industry would slowly decline as resources were depleted. More than that, it was clear that the development of the mining industry had been closely associated with apartheid, which had relied on inhumane systems such as ethnically segregated single-sex hostels and was responsible for huge numbers of fatalities.

Between 1900 and 1993, a total of 69,000 mining employees were killed — an average of more than two a day. In addition, millions of workers suffered the burden of occupational diseases. The industry had major negative effects on the environment, often leaving behind ruined landscapes and taking little responsibility for rehabilitation. Acid mine drainage was to follow, along with horrible environmental effects on local communities. The future, it was assumed, would rest with manufacturing and services. Mining would largely belong to our history.

What happened was very different. At the dawn of democracy in 1994, mining contributed 5.2% to SA’s GDP and a whopping 52.2% of our merchandise exports. Few would have predicted that nearly 30 years later, in 2021, mining would contribute 8.6% to national GDP and 47.9% to our exports. And even if 2021 was a bumper year, mining remains a vital — and even growing — part of our economy. While the need to add value and grow manufacturing is as urgent as ever, the mining sector remains a critical part of our economy and of our national life. The question is whether the industry can proudly take its place in SA and can be a sector we can celebrate and encourage.

Mining is already very different from how it was in 1994, and there is more change required. Gold mining has declined, while platinum group metals (PGMs), iron ore and manganese have grown. In 1994, gold comprised 49% of the value of mining sales and PGMs 11%. By 2021, this had reversed — gold had dropped to 12% with PGMs at 41%. Iron ore rose from 3% of the basket to 14%, while coal remained reasonably steady, dropping from 20% to 17%. PGMs have replaced gold as our largest mining export, at 48% of the total. This has had immense consequences, shifting the geographic and corporate landscape irreversibly.

Fewer people are employed in mining, with total employment in the sector dropping from 605,000 in 1994 (or 6.4% of total formal employment) to 452,000 (or 3.9% of the total) in 2021. This is largely a result of changes in technology, mining methodology and the nature of the available resources. And while employment per tonne of output is likely to continue to decline, the sector remains a significant employer. Just as importantly, mining companies have moved away from migrant labour, with important consequences for workers and communities.

Mining has become significantly safer. In 1994, there were 615 fatalities in the industry, and even this horrific figure was an improvement on previous years. Since then mining fatalities have declined steadily, averaging 70 over the past five years. The health of mineworkers, and in particular their exposure to respiratory disease, has also received far more attention.  While this is a tremendous achievement, there is a lot more to be done. One death is one too many.

Mining has begun to embrace an environmental, social and  governance (ESG) agenda, with greater emphasis on upgrading the skills of workers, investing in local communities and taking responsibility for the environment. The deaths at Marikana in 2012 marked a low point in the history of mining and exposed deep schisms, some of which are ongoing. Ten years later, progress has been made in many areas. Social and labour plans have seen significant investments being made in local economic development and have led to closer relationships at the local level. Community share ownership has become a reality in a number of companies and much greater effort is made to respond to the needs of host communities. The housing needs of workers are taken far more seriously.

On the environmental side, tremendous progress has been made, with many mining companies investing in renewable energy and taking greater responsibility for their impact on water, air quality, carbon emissions and biodiversity.

At the same time, the mining landscape is complex and often difficult to navigate. There is constant pressure from local communities, and this often takes violent forms. Attempts to procure from local businesses often lead to serious conflicts. Mining communities are riven with divisions that make local compacting difficult, and disputes over traditional leadership mar attempts to promote community ownership.

Despite their obvious benefits, employee share ownership schemes have not taken hold. If mining is to make a greater social contribution, that landscape needs to change. Provincial premiers, local mayors and community leaders need to promote greater coherence of community structures and help design partnerships that spread the benefits beyond the powerful few.

Mining companies can also do far more. Social and labour plans are not always implemented, and are often designed for short-term gain rather than long-term sustainability. There is little co-operation between companies even when they operate in the same area.

The sun has not set on mining in SA. It remains a crucial source of exports, employment, investment and tax revenue. There is every indication that with the right policy environment and the right local support, the industry can thrive. But mining could go further and become an industry that has influence beyond economic development. With the right stewardship, SA mining could take its place as an industry we can all be proud of.

• Bethlehem is chief ESG officer at Sedibelo Platinum and a director of the Industrial Development Corporation.

Miners are prepared to increase investment in projects by 84% once dysfunction plaguing mining permits, railways and ports is addressed
National
2 weeks ago
Next Article

WATCH: How to attract investors as African Mining Indaba starts

WATCH: How to attract investors as African Mining Indaba starts