GEORDIN HILL-LEWIS: Sona offers the ideal opportunity for Ramaphosa to deal with load-shedding 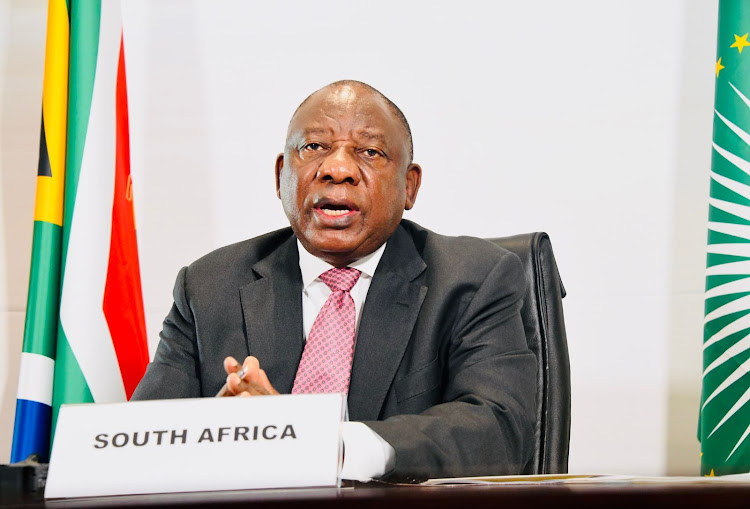 Our economy took another beating last week when Eskom implemented load-shedding, yet again. On Monday I wrote to President Cyril Ramaphosa asking for a clear signal in this year’s state of the nation address (Sona) that national government is committed to helping Cape Town — and indeed all municipalities — to finally put an end to the economic devastation caused by energy insecurity in SA.

The latest round of blackouts were supposed to last a week, ending on Monday morning. But in a media briefing later that day, Eskom CEO André de Ruyter said that, after a “reasonably good weekend and a positive prognosis”, a sudden, major deterioration in generation capacity had forced Eskom to once again turn off the lights.

A staggering 37% of the country’s total generation capacity was offline on Monday, with planned maintenance accounting for only a quarter of generation units down. Unplanned breakdowns amounted to 16,261MW, equivalent to nine Koeberg power stations.

Load-shedding costs the national economy about R500m per stage, per day. Last week’s episode alone amounted to at least R6bn in value wiped from our economy. To put this large, abstract amount in more concrete terms, this could have paid about 460,000 South Africans the national median monthly salary of R13,044. With rising poverty and an unemployment rate now sitting at 46.6%, energy security is rapidly becoming the pressing SA social justice issue of our time.

Despite SA households becoming poorer year by year, Eskom is making ordinary South Africans responsible for its R402bn, corruption-created debt bill. The utility has applied to the regulator to increase the price of electricity by 20,5% from April 1 — a rate of increase far exceeding inflation. I have made it clear to Eskom and to the regulator that this planned increase is unfair, unjust and unaffordable, and that tens of thousands of Capetonians have agreed with me in a petition. The application has not been withdrawn.

Despite rolling blackouts having been a feature of SA life for 15 years and Eskom’s own admission that it is not in a position to solve the crisis, the national government has continued to double down on the policies that gave rise to the problem. State monopoly over electricity generation in SA — which, in the hands of the ANC, gives rise to corruption and maladministration — proved itself over many years to be a deeply regressive, poverty-creating approach.

To give credit where it is due, in the 2021 Sona, Ramaphosa finally began to take steps towards ending Eskom’s monopoly and solving the energy crisis. To this end, he announced that his government would amend Schedule 2 of the Electricity Regulation Act (ERA) to increase the licensing threshold for embedded generation. This would allow independent power producers (IPPs) to play a significant role in our country’s electricity supply regime by supplementing Eskom’s faltering generation capacity.

So, why did I write to the president, asking him to take further action in the 2022 Sona? The national government has left several important regulatory issues unresolved and unclarified. These regulatory snags have introduced unnecessary risks and obstacles that threaten to derail municipalities’ efforts to diversify their energy supply and finally put an end to blackouts.

Cape Town, for example, is ready to begin procuring energy from IPPs, which will enable us to provide more reliable and more affordable energy to Capetonians. Our tender documents are ready for publication, and our planning regarding self-generation projects is in place. We are ready to start putting an end to load-shedding.

It remains unclear, however, whether a ministerial determination in terms of section 34 of the ERA will be required in respect of the city’s power purchase agreements and Cape Town’s own planned generation projects. If energy minister Gwede Mantashe has an effective right to veto our power procurement projects, the resultant risk may deter potential IPP partners from making preparations to enter these contracts. For some IPPs, the risk may be too great for their financiers. For municipal self-generation projects, the risk may render the projects unviable.

This is not to mention the significant delays of months (often years) that occur when approvals are required from the department of mineral resources & energy. South Africans simply cannot afford to wait any longer for energy security.

It is a small task for Ramaphosa to follow through on the process he started and commit his government to an interpretation of the legislation that will make a ministerial determination unnecessary. This small signal will carry far-reaching, positive consequences for the nation.

Another sticking point is the role of the National Treasury in respect of section 33 of the Municipal Finance Management Act. Notionally, the Treasury could severely limit municipalities’ discretion to enter into long-term power purchase agreements. Clarification that it will make favourable recommendations on such contracts as a matter of course would be an invaluable step forward.

These are just two of the hurdles that Ramaphosa can eliminate with a few sentences in this year’s Sona. He is aware of what needs to be done. Capetonians will be looking to him on Thursday night for an unambiguous message that national government will assist — not hinder — the city in achieving the energy security our economy so desperately needs. If Cape Town can do it, other municipalities can too.

Load-shedding: blink and its back

David Masondo told MPs recently that a ‘tough love’ approach the Treasury has adopted towards SOEs might involve the introduction of more ...
National
6 months ago
Next Article