RAYMOND PARSONS: Waiting for Godongwana: what does the ‘mini budget’ hold?

The vulnerable fiscal situation is similar to the state of Eskom: there is no real margin for error 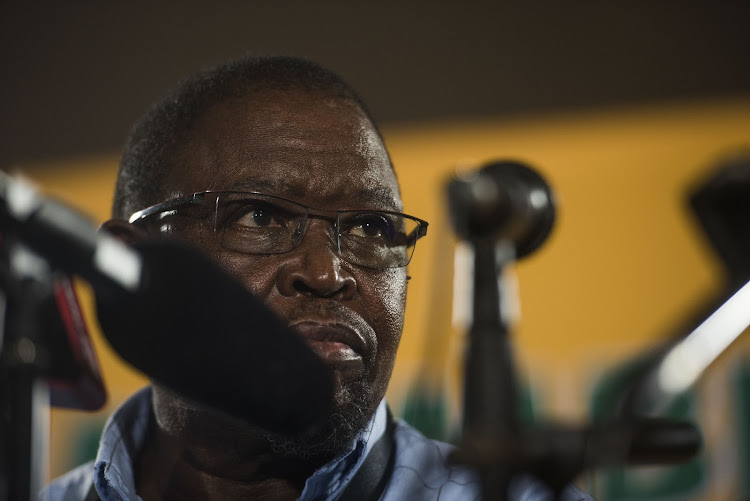 When it comes to fiscal policy the path of virtue does not always run smoothly. Yet finance minister Enoch Godongwana will have a better story to tell in his forthcoming medium-term budget policy statement (MTBPS), or “mini budget”, than his predecessor, Tito Mboweni, had in the (main) February budget.

Indeed, this is a windfall MTBPS for Godongwana. A global commodity-related tax revenue boost, the opening up of the economy by moving to lockdown level 1 and technical adjustments to the national accounts have together created the impression of a somewhat healthier and more manageable fiscal situation.

Authoritative projections indicate that revenue could now exceed previous expectations by as much as R150bn. The debt-to-GDP ratio, for example, could come down to about 70%, an improvement on the earlier forecast of more than 80% — triggered largely by a widely anticipated 5% economic growth rebound in 2021. Of course, most of the momentum behind the rebound is already in the past, and recent high-frequency economic data appears to confirm this.

Though the National Treasury will obviously want to convey a strong message of continued fiscal consolidation, there is an opportunity in this mini budget to be slightly less conservative than the heavily constrained February budget. The “jaws of the hippo” Mboweni referred to are thus a little less wide. The main question that will now have to be pondered is how the MTBPS will use this windfall in the context of SA’s well-known socioeconomic challenges, particularly with the competing demands for additional social spending, high debt service costs and ongoing public sector remuneration pressures.

SA Reserve Bank governor Lesetja Kganyago has rightly warned that it would be unwise to make large, permanent spending commitments in the MTBPS on the basis of a global commodity boom that might not last. In fact, for the Treasury generally, the vulnerable fiscal situation is similar to the state of Eskom: there is no real margin for error and no room for dealing with shocks or setbacks without seeing the lights being switched off. Godongwana needs to walk a fine line, bearing in mind SA’s high levels of socioeconomic deprivation.

The need for fiscal discipline should not be blindly pushed to the point where instead of cutting unwanted fat it damages vital muscle or cuts the sinews of government. There will be no easy trade-offs. But whatever is decided a credible fiscal strategy will need to be conveyed to business and the financial markets.

Fiscally, SA is not yet out of the woods, and the mini budget is still just a curtain-raiser to the main budget in February. It is in the latter that the overall budget judgment acquires precision. The 2021 mini budget snapshot of the immediate economic and fiscal outlook will nonetheless need to be backed by a commitment to urgently expedite SA’s reform agenda. 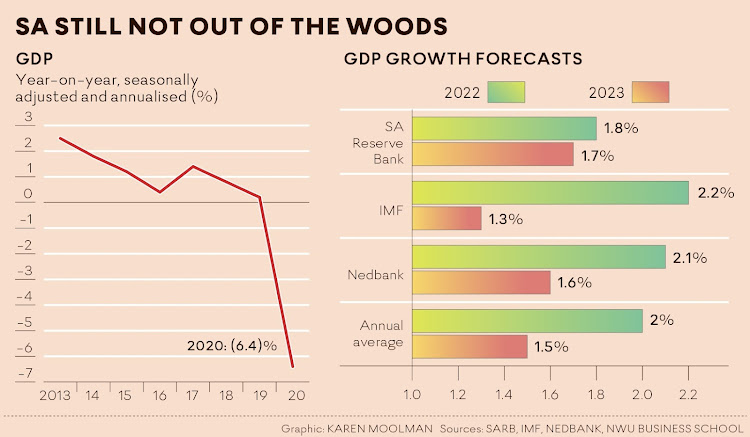 The urgent need for reform is also the message that emerged from the recent local government elections. Godongwana already seems to have recognised the importance of speedily implementing and delivering on growth-friendly reforms and projects. The MTBPS tidings on these aspects must therefore be bold, clear and decisive. After all, Godongwana comes to the finance portfolio with more political capital than his predecessors, having been drawn from the core of ANC structures.

This potentially enlarges his sphere of influence within both the cabinet and the wider public sector and could help ensure things get done  through enhanced Treasury leadership and Operation Vulindlela — and it could mitigate the chronic implementation problems that tend to impede progress.

As the MTBPS is essentially an updated, three-year rolling spending plan, the growth forecasts for the outer years on which the MTBPS will be based are crucial and will be critically interrogated by analysts. However, the consolidated growth expectations of the Reserve Bank, International Monetary Fund and Nedbank point to conservative growth rates for 2022, 2023 and 2024.

Unless urgent remedial action is taken, the latest round of Eskom load-shedding puts a question mark over even the most optimistic MTBPS three-year growth forecasts. Downside risks to the growth outlook therefore exist, but the low-growth forecasts are not cast in stone. Quicker implementation of growth-orientated reforms and infrastructural projects can improve the growth trajectory.

Structural challenges call for structural remedies. The mini budget strategy should therefore be directed at building substance and resilience. If the size of the fiscal deficit is not successfully managed — and if, as expected, interest rates rise over the MTBPS period as economic growth decelerates — SA will struggle to stabilise its debt ratios without much-needed job-rich growth.

Another commitment by the Treasury is to seek the maximum return for each rand spent — in other words, to give taxpayers value for money. SA has a poor track record in this regard, aggravated by widespread wastage, state capture and corruption at all levels of government. The country has failed dismally to ensure that for total rand or economic resources put at the disposal of the government, citizens receive efficient public services.

However much emphasis the government as a whole may now place on public expenditure productivity, ultimately it is the finance minister who has to eat, sleep and breathe it. The MTBPS should, for example, provide an update on the commitment to zero budgeting made by the previous finance minister. All forms of public spending should eventually be subject to this type of scrutiny.

Moreover, though it is still early days, a salient test for the Treasury will be its ability to interact with the new political decisionmakers at municipal level in a manner that ensures greater financial accountability and better service delivery by local government than has been evident in the past. It would underpin the credibility of the MTBPS if Godongwana could say his fiscal strategy enjoys the broad support of the president’s economic advisory council.

The council’s invisible policy role to date makes it difficult to assess whether it is being largely sidelined or is instead busy “doing good by stealth”. The challenge of getting fiscal policy decisions right, especially in the present circumstances, suggests that it would be helpful to have the economic advisory council in the Treasury’s corner.

First prize is for Godongwana, in his mini budget debut, to convey an overall impression of prudence, direction and sustainability in SA’s public finances, as this will boost investor sentiment and public confidence at a crucial stage in the country’s business cycle. The MTBPS must help convert the present economic rebound into higher and more sustained job-rich growth.

If achieved, some of the credit ratings agencies may in time shift their outlook for SA from negative to stable, thereby preventing further investment downgrades for the country. The ball is now firmly in SA’s court.

• Parsons is a professor at the North West University Business School.

Mayoral candidate Geordin Hill-Lewis also says if the DA is re-elected to control the city, it will seek greater independence from Eskom
National
6 months ago

SA’s new finance minister may not need to maintain such extremely tight public spending limits as his predecessor had to, but he has little scope for ...
Features
6 months ago
Next Article