With inflation rearing up everywhere, money markets see hikes as a certainty 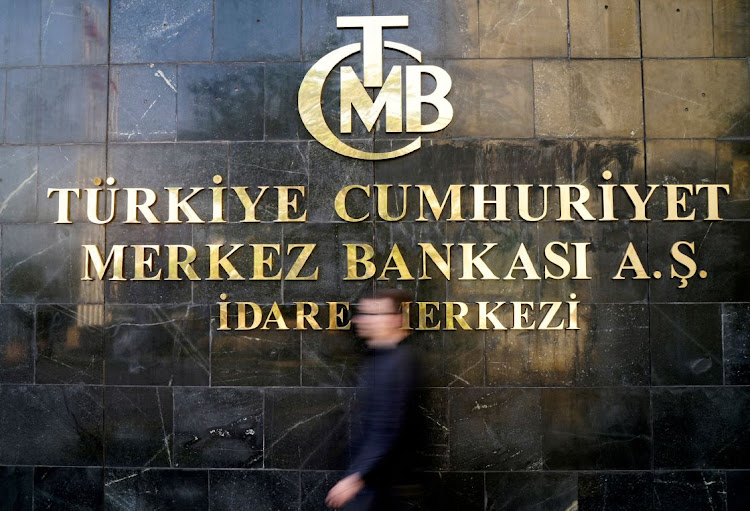 Finding themselves at the sharp end of a global inflation shock, emerging market central banks are expected to raise interest rates at a pace not seen in more than a decade — moves bound to aggravate debt problems and hurt equity markets.

Soaring price pressures have seen rate hike expectations shift up even for central banks in the US, Australia and Britain. The subsequent rise in global borrowing costs will be unwelcome in developing countries, many of which are struggling to return to pre-pandemic economic output levels.

As policy tightening expectations rise for the US, Britain and other advanced nations, money markets are wagering emerging markets will have to ramp up the hiking pace.

“Many emerging markets are in an increasingly difficult spot,” said Manik Narain, head of emerging market strategy at UBS, pointing to expectations that the current inflation shock would prove to be far more permanent in developing economies than in the US or Europe. “Markets are pricing in a much faster tightening cycle in emerging than in developed markets, it’s a difficult balancing act.”

SA, Mexico, Poland and Turkey are all expected to raise rates by more than 200 basis points in the coming 12 months, JPMorgan calculates.

In SA, though consumer inflation is still comfortably within the Reserve Bank’s 3% to 6% target range, having reached 5% in September, inflationary pressures are beginning to build thanks to a combination of rising oil prices, a weaker rand and surging food prices. The government announced sharp hikes in petrol and diesel prices at the start of November in response to oil trading above $80 a barrel and a rand that is trading at almost R15.50/$, around the weakest level in eight months.

The country’s poorest households also face affordability challenges thanks to rising local food prices. The latest household affordability index, compiled by civil society initiative the Pietermaritzburg Economic Justice and Dignity Group (PEJDG), showed that the average household food basket for low-income households from regions around SA, surged an annual 10.2% in October. That’s more than double Stats SA’s overall CPI index for September and a sure sign that price pressures are building for the most basic items.

Latin America will see some of the biggest increases, with Brazil expected to hike by more than 600 basis points and Colombia more than 400.

Data shows price pressures outstripping interest rates in a number of big economies including SA, Mexico, Brazil and Turkey. Across all regions, underlying inflation trends are rising strongly. Mexico’s core inflation posted its highest biweekly increase for a first half of October since 1999 while Russia’s inflation soared to near 8% despite bumper rate hikes.

With droughts haunting big agricultural producers such as Mexico and Argentina, food inflation is at the forefront of policymakers’ minds, says UBS’s Narain. “If we start to see a lot of pressure from food prices, policymakers will find themselves in a very tight spot.”

Possibly money markets are being too exuberant. Barclays head of economics research, Christian Keller, expects emerging as well as developed market central banks to deliver fewer interest rate hikes than priced, but he warned nonetheless that “when your inflation expectations start to deteriorate, that is when you need to act as a central bank”.

It is a replay of the age-old conundrum for emerging markets — the need to tighten policy just as economies need extra support.

Preserving a real yield differential over US Treasury yields is also needed to keep foreign investors in domestic markets and prevent capital outflows. Swift central bank action may have helped keep many emerging currencies on a steady footing in 2021, helping cap imported inflation.

So in a year when the US dollar has appreciated almost 5%, the Brazilian real, backed by a cumulative 575 basis points in rate increases, has lost more than 8% while the rouble has actually firmed 3.2% on 325 basis points of rate hikes.

“Hiking early not only helped with the inflation side of things, but also helps prevent a 2013-taper tantrum style scenario, and certain central banks have got on top of this and seen their currency do OK,” said Robert Ojeda-Sierra at Fitch Ratings.

In contrast, markets that have not adjusted their monetary policy enough have suffered: Turkey’s lira, hit by interest rate cuts in the face of high inflation, has dropped more than 20% this year.

Most central banks acknowledge that the only way is up.

In October, Russia opted for a 75-basis-point hike but the central bank had considered a 100 basis points increase which governor Elvira Nabiullina said could not be ruled out in the future.

But if currencies have been spared the pain, the effects of higher interest rates is being felt elsewhere.

Emerging equities are treading water in 2021, contrasting with 20%-plus gains on the S&P 500 or global stocks’ 16% increase.

With nominal growth rates in emerging markets such as Brazil and SA dipping back below interest rates, those pressures will come back to the fore.

Bond markets will see debt servicing and borrowing costs rise, all the more painful after the pandemic-era increase in debt burdens. Yields on JPMorgan’s local emerging debt index have risen more than 150 basis points this year.

Central banks might be poised to act but ultimately the outcome hinges on how soon and fast US interest rates rise. Labour market price pressures are likely to spur more tightening than those from energy or commodity prices. /With Garth Theunissen

Sharp fuel price hike on the cards on Wednesday

Sharp fuel price hike on the cards on Wednesday