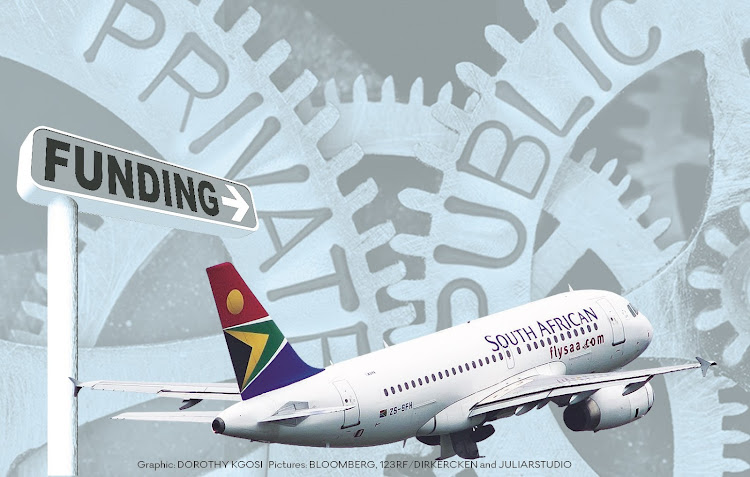 SA’s state-owned enterprises (SOEs) have a long history of battling issues such as poor management and high levels of debt, which have put substantial strain on the country’s national budget. This has particularly been the case for SOEs that have had to rely on government bailouts to keep afloat.

As such, the government has been resolutely looking for ways to alleviate the financial burden on SOEs and turn their situations around. For SAA the strategy has been to sell a 51% stake in the struggling airline to the Takatso Consortium. This is geared to help the enterprise recover from years of debt as well as the Covid-19 pandemic, which has affected airline operations due to travel restrictions.

This means the Takatso Consortium will take a controlling stake in the airline, and the state becomes a minority shareholder. The decision introduces a number of considerations for SOEs in future. While the situation with SAA is unusual, it could become more common with other SOEs if it proves to work in rectifying the financial challenges of the national airline.

What happens when a company formerly owned by the state becomes majority-owned by a private shareholder, and the government becomes a minority shareholder? This situation raises three key questions around the running and regulation of entities that were publicly owned and are now privately run.

How do shareholders work together in this new private-public dynamic?

As the government disposes of its shares in a public enterprise, new private shareholders will enter the business. When this happens the government will need to contract with those shareholders as a private company would, by entering into a shareholders’ agreement that will dictate how the company is run, what the company can and cannot do, and what actions will require a higher threshold of voting (referred to as minority protections).

Essentially, a well-drafted shareholders agreement will lay out the duties and obligations of shareholders, determine how decisions will be made at a shareholder level, address existing and future shareholder funding, and set out a procedure for dispute resolution as well as the process for shareholders to exit the company.

As there is no precedent or piece of legislation that governs how private and public shareholders will run a company together, this introduces an interesting scenario for public-private partnerships in future, with shareholder matters needing to be determined on a case-by-case basis.

How will competition be protected in this new entity?

When a private company disposes of a majority stake in the business and the value of a proposed merger equals or exceeds R600m, or the combined annual turnover or assets of both the firms are valued at or above R6.6bn, the Competition Act dictates that a merger filing must be made with the Competition Commission as there will be a change of control.

This is to ensure that parties in the merger are not decreasing competition by doing so, that there is no abuse of a dominant position by a firm that could lead to excessive or discriminatory pricing, and that a firm is not denying competitors access to essential facilities, as well as any other exclusionary acts.

However, with an already unclear competition policy concerning SOEs, this situation presents new questions around the protection, promotion and maintenance of competition in the SA economy.

The Competition Commission is an independent statutory body, but perceptions may exist that it is also a government entity. It will therefore attract scrutiny to ensure it makes decisions concerning these mixed enterprises fairly and in an unbiased manner. When the commission approves mergers it often stipulates conditions to such approval.

For instance, will the commission require that the government dispose of any other assets before allowing the disposal of its majority shares in an SOE as it would sometimes require from a private business? Will it ensure that the government doesn’t abuse its dominance in the various sectors it has major stakes in? Competition regulation around both SOEs and new formerly state-controlled enterprises needs to be made clearer as soon as possible to address transparency in pricing, cross-subsidisation and bailouts.

How will the government deal with shareholder funding?

Most companies have three sources of funding: the money the company makes and keeps in the bank, shareholder funds and commercial funding. When a company is in need of funding there is often an agreed-on sequence, usually set out in either the shareholders’ agreement or the company’s memorandum of incorporation. For instance, when the business needs money it should first look in its own pockets (the money it makes); then go to the shareholders; and, then, if the shareholders can’t fund the business, it must look for funding in the market.

When the government is in a position like that of SAA — as a minority shareholder — how will it continue to fund the enterprise, particularly since it sold its shares to get out of debt, and not have to write any more guarantees to save the SOE?

With the announcement of the sale of a majority stake in SAA to Takatso, the government noted that it would no longer provide any funding to the airline. But all stakeholders of a business are required to fund the company. You don’t just own the business; it is one of your responsibilities as a shareholder to put money into the company when needed. If not, non-funding shareholders may find their shareholding gets diluted in favour of those shareholders who provide the required funding.

Is the government as a minority shareholder still liable to fund the company using taxpayers’ money, and is it willing to put its hands back into its pockets to continue funding the entity? If so, how will the decision to sell a majority stake in an SOE to a private business help the government in moving away from having to bail out SOEs from their financial struggles?

When an SOE is no longer a public entity it is no longer shackled by the Public Finance Management Act, which sets out a number of compliance measures for public enterprises to adhere to, leaving these new mixed entities with a bit of regulatory breathing room. What does it mean for the government to have a stake in these entities, and how can it ensure it is not just perpetuating what it has had to do for years — continue to pour money into businesses that aren’t making money — by retaining a portion of its control?

If the government’s decision to sell a major stake in SAA becomes a trend with other SOEs, we will need new rules setting out how the new entities are to be governed to ensure the interests of both private companies and the public are protected.

• Moosa is director and head of banking & finance at law firm CMS SA.

Since taking the reins of the ANC and the country, Cyril Ramaphosa has consolidated his position. But the momentum of his early gains has waned, and ...
Features
1 month ago
Next Article

JOHN DLUDLU: Time to take a stick to the monster of late payments

JOHN DLUDLU: Time to take a stick to the monster of late payments