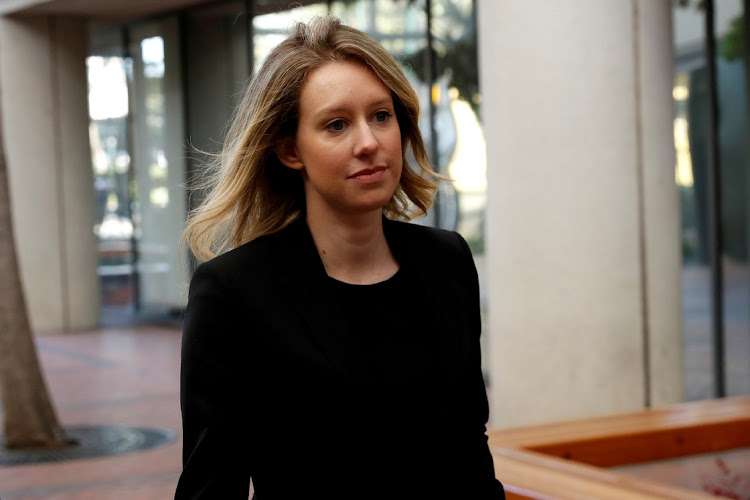 The courtroom episode of the Elizabeth Holmes saga debuted on Wednesday, with opening arguments in her fraud trial slated to begin. The Holmes show is expected to be so popular that federal administrators overseeing the proceedings in San Jose, California, have already notified fans that seating will be limited and “spectators” should plan accordingly.

Holmes, founder and steward of Theranos, a blood-testing outfit unable to deliver on her lofty promises to revolutionise a routine procedure, is compelling for myriad reasons — not least of which has been her ability to burn through $600m by possibly lying with epic guile. Holmes thrived in the spotlight and lived grandly before leaving patients, partners and investors in her dust.

Prosecutors want to prove that Holmes knew exactly what she was doing, to demonstrate that she acted with the intent jurors will need to see to convict her of a crime. Holmes’s lawyers are likely to paint her as a zealous innocent, someone who believed passionately in her mission and may have exaggerated, but never meant to mislead or steal. They also plan to portray her as someone so psychologically abused by her former lover and Theranos president, Ramesh “Sunny” Balwani, that she could not discern right from wrong. (Balwani, also a defendant in the case, denies all this.)

So there is much to ponder in the tale of what my Bloomberg Opinion colleague Matt Levine calls “the Blood Unicorn”. All the tawdry wackiness and possible malfeasance that came to light thanks to digging by a former The Wall Street Journal reporter, John Carreyrou, has been well documented. An HBO documentary by Alex Gibney added embroidery. A movie starring Jennifer Lawrence is on the way.

Holmes mimicked Steve Jobs by dressing entirely in black. She could stare at a camera, almost without blinking, until an interviewer asked her to share a secret. Then she would blink rapidly and look away, saying she did not have many. And so on. But two features of Holmes’s carnival-barking have stuck with me — apart from, yet also central to, what appears to be an extraordinary grift. Holmes apparently modulated her voice when she spoke publicly, giving it an artificially deep tone. She also encased her Theranos office in bulletproof glass.

Nothing about her indicates she was born on Earth. She deftly wound her way through my concerns with utter confidence

Holmes seems to have believed a deeper voice conveyed greater authority, and she managed to remain in character for years, rarely stumbling. When she did, around employees or during an NPR interview, her voice hit a higher pitch. Imagine your mom or dad changing their voices like that. Or your spouse. Or your babysitter. Freaky. (Holmes’s family has said her deep voice is real.)

When you are a healthcare disrupter, you may irk rivals, but it is unlikely they will sanction shooting at your office. So why use bulletproof glass? I don’t know, but it conveys drama and signals to the world — and to impressionable employees — that what you are doing is so consequential, you may be under siege. Your life is threatened, but you soldier on (behind protective glass).

John Wu, an entrepreneur and Harvard Business School graduate who has served stints at Bain Capital and Google, recently tweeted about what he describes as his experience interviewing with Holmes for a Theranos job in 2017. Carreyrou’s reporting had already landed, and law enforcement authorities were investigating the company. Wu said Holmes appeared unfazed.

“Nothing about her indicates she was born on Earth. She deftly wound her way through my concerns with utter confidence,” Wu noted. And Wu quoted her confiding in him: “Right now, I don’t know who to trust. I need someone to trust,” she told him. “Someone who can help me become the CEO I know I can be. And I think that person … is you.”

Wu was bowled over and his scepticism faltered. Maybe he could get a big job and help Holmes rescue the beleaguered company. Then he thought she might just be a “sociopath”. And he briefly stood in awe: “I want her powers.” Unable to decide whether Holmes was “fully authentic” or “fully manufactured”, he passed on her job offer. But he still does not think she profited from her schemes “to the level of an Adam Neumann or Jeff Skilling or Bernie Madoff”.

There is a broad spectrum of behaviours to examine when you invoke that trio of businessmen, two of whom (Skilling and Madoff) went to prison for fraud. There is a longer continuum, too, stretching from John Law’s 18th-century financial scams and Charles Ponzi’s frauds of the 1920s to more recent miscreants such as Barry Minkow, Charles Keating, Reed Slatkin, the architects of the sub-prime mortgage debacle and those Fyre Festival guys.

When lots of money can be had, con artists and criminals always try getting in on the act. Some are more successful than others, usually because they are wilier — or have the ability to cast spells on greedy or gullible people who surround and enable them.

In this context, it does not matter whether Holmes profited as much as Skilling and Madoff, even though she seems to be closer to Madoff than to any other predecessor. What matters is what she did, which the courts will now try to sort out. The Onion recently predicted that Holmes will show up in court with a black-box prototype, like the machine Theranos once trotted out as a mock-up of its blood-testing device. The new machine, the Onion said, would revolutionise the legal profession by proving Holmes’s innocence.

It is unclear if Holmes will take the stand in her own defence. But if she does, I will be waiting to hear whether she speaks truthfully, in a high-pitched voice.