At its centenary celebrations at the weekend, the SACP pledged its commitment to system to end exploitation 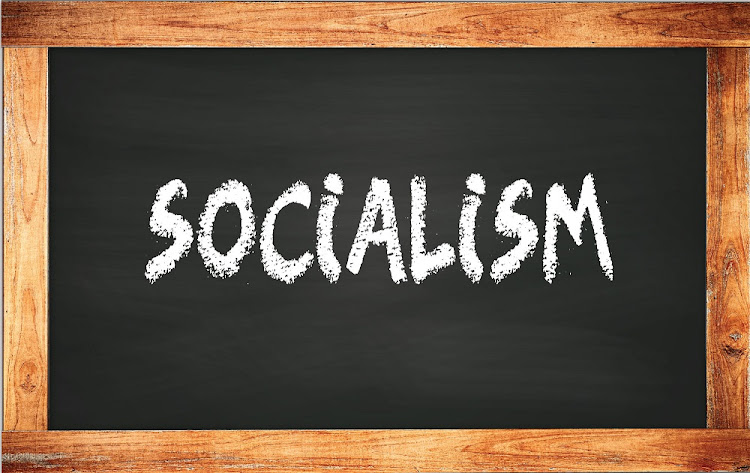 The one pole — the misery that includes the persistent high levels of unemployment, poverty, inequality, and the consequent crisis facing many families struggling to support life — is the product of the other pole, which is the privatised wealth of social labour in which the rich beneficiaries of economic exploitation of labour are wallowing. The two poles are the two sides of the same coin, the exploitative capitalist system.

In SA, capitalist class inequality was engineered, reproduced and articulated along the lines of racial and gender discrimination and oppression. This is one reason many conditions of capitalist misery remain more pronounced among black people and women, with black women the worst affected. In SA, the exploitative capitalist system was established through colonial conquest and expropriation (without compensation) of the colonially subjugated and oppressed. The apartheid regime heightened the injustice.

For there can be no capitalism without class inequality. This is the social context in which the richest man on earth, Jeff Bezos in the US, his brother Mark, and others enjoyed in July literally a few minutes’ return trip to space, in the first crewed flight of the rocket ship New Shepard. It is impossible to understand this in isolation from the political economy of labour exploitation and the conditions of the downtrodden at Amazon, the US-based transnational corporation that Bezos controls.

The exploitative capitalist system, as well as its realities of inequality and uneven development, is the ruling world system. To understand global inequality, and why many Global South countries are underdeveloped and impoverished, it is important to study the history of their economic and political relations and military experiences with at least the North Atlantic “former” colonial and modern-day imperialist powers. In no small measure, the underdevelopment of the Global South countries is a product of the internationalisation of capitalism, through colonial expansion among its key historical drivers. This is also the history of capitalist globalisation, at least as concentration of production in ever larger, mostly Global North-based, transnational behemoths characterised by centralisation of economic control under their command.

What was achieved through direct colonialism in the past is now achieved through the instruments of economic domination and military aggression. As evidenced by the imperialist aggression of the US against Cuba, illegal economic blockades are used to attack other countries, with far-reaching extraterritorial implications. Similarly, as evidenced by the destruction of Libya by the US and its North Atlantic allies, militarism is used.

There is no economic, social, and political system that is responsible for killing so many people, tens of millions, as capitalism has done and continues to do through war, through the neglect of occupational health and safety at the workplace, through deprivation of healthcare, and environmental degradation. Humanity as a whole and life on Earth are facing the catastrophic threat of climate change caused by capitalist production and patterns of consumption. There can be no doubt that humanity and nature need a turnaround.

It makes no sense to question whether the struggle to end the system of labour exploitation by capital, and the class inequality on which the injustice hinges, or the struggle to achieve world peace and social justice, is still relevant. The just struggle for universal social emancipation, that is the struggle for socialism, is more relevant than before and necessary to save humanity and Nature from capitalist destruction, crimes, corruption, endemic crisis and pandemics.

To end what our constitution refers to as the imbalances of the past that are continually reproduced by the capitalist system, we need to deepen the good part of our history, the struggle to complete our national democratic revolution towards universal social emancipation. The ideas of scientific socialism and its methods of inquiry into the truth about the realities and state of society have contributed greatly to and inspired our liberation struggle.

As it celebrated its centenary at the weekend, the SACP pledged its unflinching commitment to socialism as the transitional way forward from capitalism to a classless society without the exploitation of one person by another and its institutions of oppression and domination.

Hani, then the SACP general secretary, was assassinated on April 10 1993 for dedicating his life to achieve the goals of democracy and scientific socialism. His assassins defended the exploitative system of capitalism under apartheid and sought to perpetuate its existence.

The superpower isn't a major investor and exports to it are small, compared to other African countries
Opinion
2 months ago

EDITORIAL: We were all pulling together until Ace Magashule decided otherwise

Tripartite alliance says no to seeking Covid-19 support from IMF

Alliance secretariat calls on the government to explore all domestic sources of funds, including retirement funds
National
1 year ago

The party wants the fund to hold equity stakes in companies on behalf of the nation, rather than individuals doing so as a result of BEE
National
1 year ago
Next Article