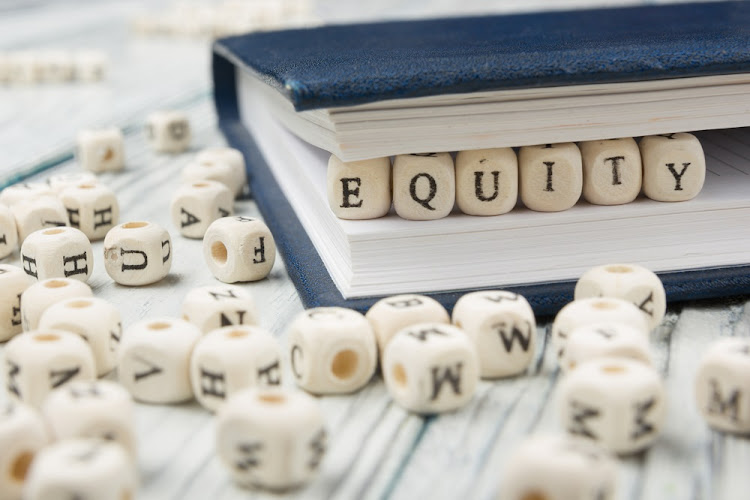 The SA Human Rights Commission (HRC) dismisses the Institute of Race Relations’s (IRR’s) well-founded criticisms of the Promotion of Equality and Prevention of Unfair Discrimination (Pepuda) Amendment Bill as “misinformation” and “alarmist”, and that it paints a misleading picture of the bill and its likely harm (“Human rights commission vows to support equality bill”, June 27).

Importantly, the bill redefines discrimination to mean any act or omission that, whether intentionally or not ... causes prejudice to people on grounds related to race, gender, disability and 15 other listed grounds, along with any “comparable” grounds that might in time be recognised.

“Socio-economic status” — poverty — has already been recognised as a comparable ground by the Western Cape High Court. This related to differential policing of wealthy and poor areas, but recognition could in time extend to businesses too.

The HRC endorses the bill’s changed definition, arguing that “intent is already not a requirement for discrimination ... in Pepuda”. But this overlooks a key Constitutional Court judgment (City Council of Pretoria vs Walker) stating that “an intention to discriminate is not irrelevant”  and must be taken into account in assessing unfairness.

The Walker judgment is flawed in that it discounts (without explanation) three US Supreme Court rulings requiring proof that the alleged discriminatory conduct had “a discriminatory effect”, and that it was “motivated by a discriminatory purpose”.

Though this is a major shortcoming, the judgment by no means dispenses with the requirement of intent as the HRC claims. To do so would, moreover, overturn some 2,000 years of Western jurisprudence of requiring both a harmful action and a guilty mind before a person may be penalised.

The HRC also claims that “the concept of ‘substantive equality’ ... is already reflected in our constitution”. Hence, it says, it is insignificant that the bill redefines “equality” to require the “achievement [of] substantive equality” and “equality in terms of impact and outcomes”.

Various Constitutional Court judgments have endorsed “substantive equality” in interpreting Section 9 of the constitution. However, the HRC is wrong in claiming that the bill — in requiring equality of impact and outcomes — merely echoes the constitution.

According to Prof. Cathy Albertyn of the Wits School of Law, the meaning of “substantive equality” remains “contested”. Many Constitutional Court judgments see it as requiring “social inclusion”, “equal dignity”, and “equal concern and respect”. But the court has not endorsed “equality of outcomes according to need”, as the ANC’s communist allies have long urged and the HRC seeks.

An April 2021 Constitutional Court judgment is fuzzy on this, defining substantive equality as “equality of outcomes and opportunity”. This makes little sense; there is a crucial difference between equality of opportunity (promoted through effective affirmative action for the disadvantaged); and equality of outcomes (requiring a level of social engineering entirely at odds with the constitution’s commitment to openness, dignity and freedom).

The HRC also asserts that the “equal access” to “resources” and “benefits” that the bill demands will not require their equal “distribution”. Yet the bill requires everyone to “achieve ... equality in terms of impact and outcomes”. So, despite HRC denials, equal distribution is indeed what is expected.

Notable too is what the HRC omits. A further key amendment states that businesses (and a vast range of other entities) must “eliminate discrimination”, whether fair or unfair, as part of their “general responsibility to promote equality”.

The ramifications of having to eliminate all differentiation on the listed grounds — even if that differentiation is legitimate — are enormous, and grow larger in the business sphere if poverty is added.

Banks making home loans, for example, would then have to achieve “equality in terms of impact and outcomes” as between the poor and the better off. This could result in mortgages being extended to people unable to afford them, as happened in the global financial crisis of 2007-08. It could also precipitate a banking crisis in which millions could lose their homes and savings.

The obligation to achieve equality of outcomes would apply in every sector and to every business, regardless of size. Equality activists might celebrate the government’s supposed success in forcing companies to put social needs before private profits, as the SA Communist Party urges in The South African Road to Socialism. But businesses cannot survive if their income does not exceed their expenditure — so retrenchments and bankruptcies might soon loom large.

The bill’s real aim is not to help the poor, as the HRC claims, but to increase state power and push SA towards socialism. “Equality” is being used as a fig leaf to hide this objective.

When Pepuda was being adopted in 2000, one of its most trenchant critics was the Malamulele Social Movement for the Unemployed. While activists applauded the measure, it called rather for policies to boost jobs and income, warning that “the poor cannot eat pieces of legislation”.

LETTER: Police have Farlam inquiry report to avoid ‘another Marikana’

SA’s slow rollout partly due to careful evaluation of efficacy, in line with international standards
Opinion
1 year ago

Producers would be committing suicide by giving up more than 40% of their business, as stated in action plan
Opinion
1 year ago

The weak, prevaricating stance of the ANC is causing thousands of needless deaths
Opinion
1 year ago
Next Article