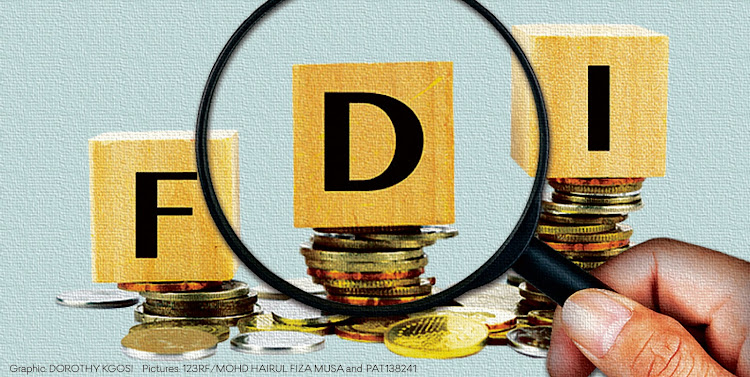 The world is facing a difficult road in its journey to recover from the negative economic effect of the Covid-19 pandemic. The deepest global recession in decades occurred in 2020, despite governments’ efforts to counter the downturn with fiscal support.

The World Bank’s Global Economic Prospects report projected a 5.2% contraction in global GDP in 2020 and the International Labour Organisation noted in a recent report that the Covid-19 crisis would push global unemployment over the 200-million mark in 2022. It is therefore vital that governments boost economic growth and job creation to offset the long-term effect of stalled economic activity.

One of the most effective ways to create jobs and improve economic growth is by encouraging foreign direct investment (FDI). A steady flow of FDI can provide access to new markets, and often introduces new technologies and injects technical expertise into an economy, making it a major catalyst for development.

As most foreign investment is injected into existing businesses in the host country, this usually translates to job creation and higher wages. FDI also helps strengthen bilateral, regional diplomatic and commercial relations among countries. A predictable and transparent political playing field is key for FDI investments to take place.

For economies to truly reap the benefits of FDI, it is important that governments ensure they are actively improving the investment climate and creating an environment that is attractive to and does not hinder foreign investment.

To create an environment that is conducive to sustainable levels of incoming FDI, governments need to establish transparent, broad and effective enabling policies that reduce red tape and restrictions on investment activity while deterring investors’ insecurity in their investments within a country.

As such, governments need to avoid making decisions that could negatively affect investors’ risk perception of a country that could damage the case for foreign investment for years.

Governments have the difficult job of ensuring and maintaining a balance between protecting local interests and enabling foreign investment, and they must tread carefully lest they tip the scales. One must not infringe on another. Think of FDI as snow and the policy that governs foreign investment as salt. When too much snow builds up, it can weaken structural integrity and make roads slippery and dangerous to drive on. To drive safely in the snow you would salt the roads, but too much salt can negatively alter the quality of the water supply and the soil. There needs to be an equilibrium.

An example of policy action that could tip the scales in SA is the recent decision by the Competition Commission to block US private equity firm Emerging Capital Partners from buying fast-food chain Burger King SA and Grand Foods Meat Plant because it was concerned the transaction would have a “substantial negative effect on the promotion of greater spread of ownership” as championed by the country’s broad-based BEE (B-BBEE) policy, which aims to enhance the economic participation of previously disadvantaged population groups.

Though this decision seeks to protect the public interest, it also sets a risky precedent that could hamper the country’s ability to continue attracting foreign capital and have a significant effect on the local private equity market, thereby discouraging investment capital while it is most needed. This decision could also leave investors feeling insecure in their ability to exit investments when they need to.

Maintaining the confidence of foreign investors is crucial during this period of prolonged uncertainty and governments need to take decisive action to tackle policy uncertainty and inconsistency to enhance FDI inflows.

Governments need to encourage FDI through well-governed, transparent and effective markets to drive economic recovery. While some economies are beginning to return to their prepandemic levels, the pace of economic recovery is as uneven as the effect of the pandemic itself.

Data from the Organisation for Economic Co-operation and Development shows that developed countries such as the US, South Korea, Japan and Germany are on course to recover to prepandemic levels of GDP per capita by the end of 2021, whereas developing countries such as SA and Argentina are forecast to recover to prepandemic levels only by well into 2025.

• Turner is a partner at Spear Capital.

The middle class, the engine of the consumer economy, shrank by 32-million last year
World
1 year ago

These twin maladies are holding back development and draining the country of its resources, writes Gary Rynhart
Opinion
1 year ago

After Joe Biden announced return of the US, Xi Jinping proposes that it, Germany and France co-operate to help continent
Opinion
1 year ago

Uncertainty over policy decreases to edge closer to positive terrain

MARK BARNES: Put the right people in the right places and the capital will come

MARK BARNES: Put the right people in the right places and the capital will come