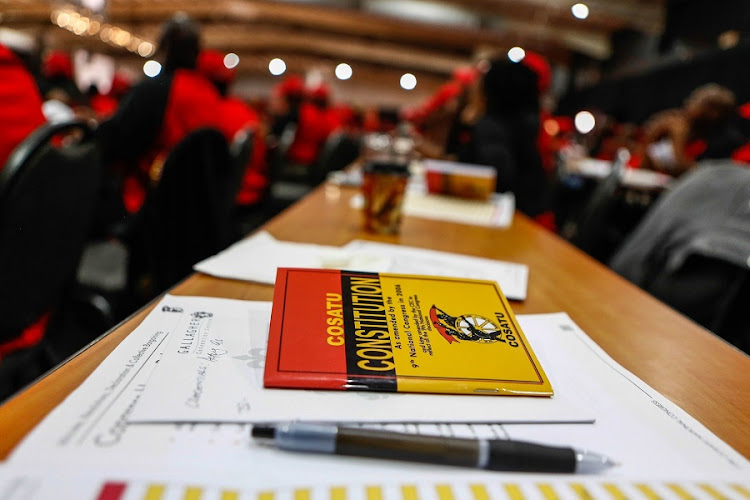 Dwindling memberships, inter-union rivalry and radical changes in the nature of work could render trade unions irrelevant, and Workers’ Day will allow them to reflect on their significance.

This is the view of Gawie Cillié, an employment relations expert at the University of Stellenbosch Business School.

Cillié said unions played a key role in the struggle for democracy and worker rights but only 23% of the economically active population now belonged to one, down from 34% in 2016.

“With the younger, post-1994 generation of workers not convinced of the value of union membership, and older members losing trust in unions, Workers’ Day on May 1 is an apt time to consider how trade unions can ensure they remain relevant and adapt to the changing future of work,” said Cillié.

“Just as the future of work is uncertain, so is the future of trade unions. In the context of political transition and serious economic challenges, SA trade unions must show great resilience and demonstrate their capability to revitalise themselves in innovative ways. It is a case of adapt or die.”

“Trade unions are recruiting members from the same pool and losing members to rival unions in the same sector. They need to look beyond the existing pool of workers and consider how to organise unorganised employees as well as looking to appeal to younger workers,” he said.

There is an organising opportunity in the informal sector

“The pandemic has highlighted the importance of the informal sector to the livelihoods of many South Africans — there is an organising opportunity there for trade unions to represent and protect these workers.”

Declining membership had reduced unions'  income and they had lost the support of international donors. This affected their ability to recruit and train competent officials, while many officials had also left for more lucrative private sector roles.

Cillié said workers had lost trust in unions and their officials. He said perceptions of “business trade unionism” also abound, and union leaders were more concerned with enriching themselves than with their members’ daily workplace challenges.

“The question that arises for ordinary workers is: why should they belong to a trade union and pay their subscriptions when they are failed by their union? Unions have become bureaucracies in which officials lack accountability to their members,” Cillié said.

The relationship of trade unions with the ANC and government since 1994 was increasingly under the spotlight, and there were doubts whether unions could effectively represent and serve workers while also in alliance with SA’s biggest employer.

“Workers and critics argue that trade unions should be independent of any political party so that they can fight effectively when workers’ interests are undermined by government policies, and that alliance with the ruling party is a conflict of interest that is no longer tenable,” Cillié said.

However, the danger was that alternative forms of worker participation, led by management, would replace unions. And while workers would still be protected by labour laws, the power of collective bargaining and collective action would be lost.

“There will be no negotiations between unions and employers to improve the basic conditions provided in labour legislation. Employers will be the sole decisionmaker on working conditions, wages, health and safety and so on, irrespective of the level of worker participation and representation that is allowed in various types of participation forums that could be set up,” he said.

In a “revitalisation” scenario, however, unions would play a key role in strengthening inclusive and effective social dialogue.

Cillié proposed that unions “urgently embark on the path to revitalisation” by listening to the needs of a new generation of workers, embracing technology and considering new forms of organising and collective action.

“They need to take into account the changing nature of work and how to represent workers in new forms of work such as remote working as well as the informal economy,” he said.

“Unions need to be debating how the movement can act collectively — across sectors, at regional and national level — and how to improve the mandating, management and elections of trade unions.

“It can be argued that trade unions are indispensable to a balanced economic environment but they need to find innovative ways to revitalise themselves or continue to lose members and be pushed towards becoming irrelevant.”

No strikes allowed for many workers in drugmaking sector