Alcohol will be on sale on Fridays 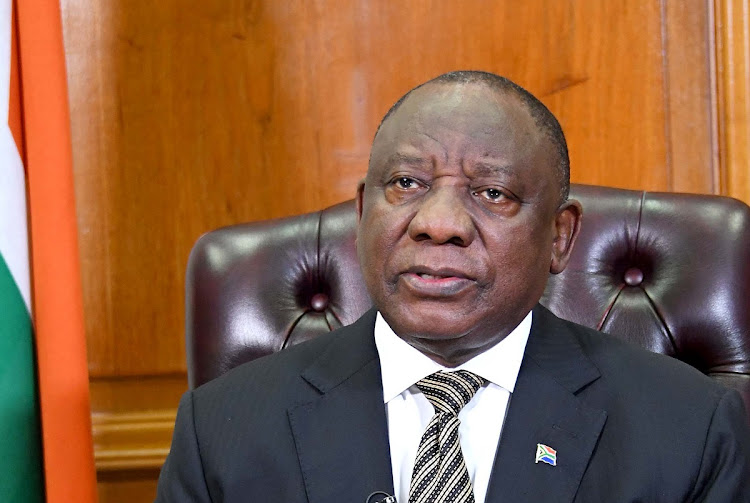 Cyril Ramaphosa speaks during an address to the nation on Wednesday, September 16, 2020. Picture: GCIS

SA is opening its borders to the world from the beginning of next month as the country moves to level 1, restoring most of the country's economic activity from midnight on Sunday.

President Cyril Ramaphosa said on Wednesday night the curfew will stay in place but will start at midnight and end at 4am, while the sale of alcohol for consumption at home will now be from Monday to Friday.

“We have withstood the coronavirus storm. Now is the time to return our country, its people and our economy to a situation that is more normal, that more resembles the lives that we were living six months ago,” Ramaphosa said.

He said two months ago SA was recording about 12,000 new cases a day, and now it is averaging less than 2,000. The country went into complete lockdown at the end of March, shutting down the majority of the economy except for essential services.

The risk adjusted strategy used to curb the spread of the coronavirus has gradually been eased, with the country moving to level 2 in August, which finally saw most of the economy reopened.

The six-month lockdown has had a devastating effect on SA’s already weak economy, with Stats SA last week revealing that it shrank at an annualised rate of 51% during the second quarter, the worst quarterly collapse on record. If the second-quarter results are not annualised, GDP contracted by 16.4%.

Tourism and aviation were some of the biggest casualties of the lockdown, threatening the future of businesses throughout the value chain. Tourism contributes an estimated 8.6% to GDP and supports about 1.5-million people.

SA Tourism CEO Sisa Ntshona said the sector had devised a recovery plan and it was projecting that to return to 2019 activity levels would take up to two-and-a-half years.

The sector now needed to keep an eye on important source markets and had to classify the world into high-, medium- and low-risk countries.

“The difficulty with this is that the rating changes on a weekly basis so therefore while we are in amber today, we could be green or red based on our numbers going up or down. So it is a very volatile space,” he said.

Ramaphosa said the country’s borders would be opened from October 1. However, travel may be restricted to and from certain countries that are deemed to be high risk.

A list of the countries will be published and based on the latest scientific data, he said.

Ramaphosa said those entering SA will need to provide a negative Covid-19 test result not older than 72 hours. Those who do not will have to remain in mandatory quarantine at their own cost. All travellers will also be screened on arrival and those who display symptoms will be required to go into quarantine.

He said that in preparation for the reopening of the borders, SA missions abroad will open for visa applications and all long-term visas will be reinstated.

“The tourism sector is one of our greatest economic drivers. We are ready to open our doors again to the world, and invite travellers to enjoy our mountains, our beaches, our vibrant cities and our wildlife game parks in safety and confidence,” Ramaphosa said.

Social, religious, political  and other gatherings will now be permitted, as long as the number of people does not exceed 50% of the normal capacity of avenue, with a maximum of 250 people for indoor gatherings and 500 for outdoor gatherings.

Address follows meetings this week with the national coronavirus command council, the president’s co-ordinating council and cabinet
National
1 year ago

DUMA GQUBULE: SA is out of money and out of ideas

Almost six months after the start of a lockdown that has triggered SA’s biggest economic contraction, the government still has no recovery plan
Opinion
1 year ago
Next Article