The Stoxx index of 600 European companies was off 0.4%, while the MSCI all-country stock index eased 0.14% 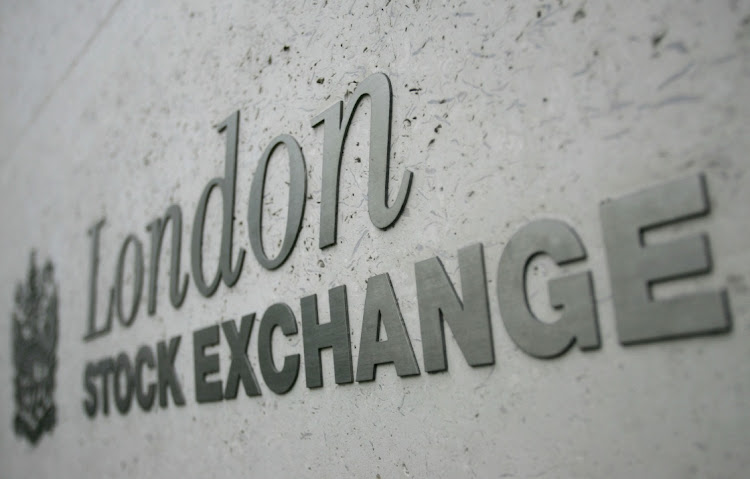 The London Stock Exchange building is seen in the city of London, UK. Picture: REUTERS/TOBY MELVILLE

London — Stock markets eased on Thursday as a resumption of Russian gas supplies to Europe lifted the euro ahead of the European Central Bank’s anticipated first interest rate hike in over a decade to quell inflation.

The flow of Russian gas resumed to Germany after a 10-day outage to ease Europe’s supply concerns for now, helping to ease worries about fallout on the economy.

The euro edged up, distancing itself further from last week’s parity against the greenback, the recovery bolstered by expectations the ECB might deliver a big 50 basis-point rate hike.

Russian President Vladimir Putin has warned that supplies could be reduced further or even stop, prompting the EU to tells its members to cut usage.

Markets are looking to see how much the ECB will raise interest rates later at 12.15pm GMT on Thursday, with a 25 basis points hike already price in, Hewson said.

Traders also await details of an ECB tool to contain stress in bond markets, made all the more urgent by a crumbling government in Italy, one of the Eurozone’s most indebted countries.

Rate hikes from the US Federal Reserve next week and from the Bank of England in August are also well anticipated by now, Hewson said.

Nadege Dufosse, head of cross-asset strategy at Candriam, said political turmoil in Italy is putting more pressure on the ECB to have its so-called anti-fragmentation tool in place to cap bond yields and reassure markets.

“I think they will have to deliver on that point, I think it’s the main risk today. It must convince investors that it will be efficient,” Dufosse said.

After the latest series of rate hikes, investors will be trying to gauge whether the economy is headed for a soft or hard landing as higher borrowing costs are absorbed, she said.

“It’s the expectations for the fourth quarter or next year that can really determine the trend in the market. For now we do not have the answer and we just have to be very pragmatic,” Dufosse said.

Bucking the trend, the Bank of Japan left monetary policy unchanged on Thursday, as expected, and raised its inflation forecasts a little bit. The yen held steady at ¥138.37/$.

Wall Street indexes rallied overnight but even better-than-expected results from Tesla after hours couldn’t carry the positive mood into the Asia session.

A cloud over Chinese growth due to its strict Covid-19 controls and fresh concern over the ailing property market is also casting gloom over the prospects for global demand.

Growth-sensitive commodities such as copper and iron ore have been sliding and this week Chinese banks and property stocks have been hurt by borrowers boycotting mortgage payments on unfinished homes.

“Past due mortgages doubled over the week, and ... potential home buyers are waiting for a general drop in home prices for the housing market, including completed projects,” ING analysts said in a note to clients on Thursday.

“This is negative even for cash-rich developers.”

China’s yuan was slightly firmer at 6.7664 to the dollar. Against other currencies the greenback steadied after dipping earlier in the week. The Australian dollar bought $0.68650.

The European Central Bank is set to hike rates, which may stifle oil demand, while Russia’s Gazprom resumed flows to the EU
Markets
2 weeks ago