Three times a runner-up in the top category, Pedrosa retired from full-time racing in 2018 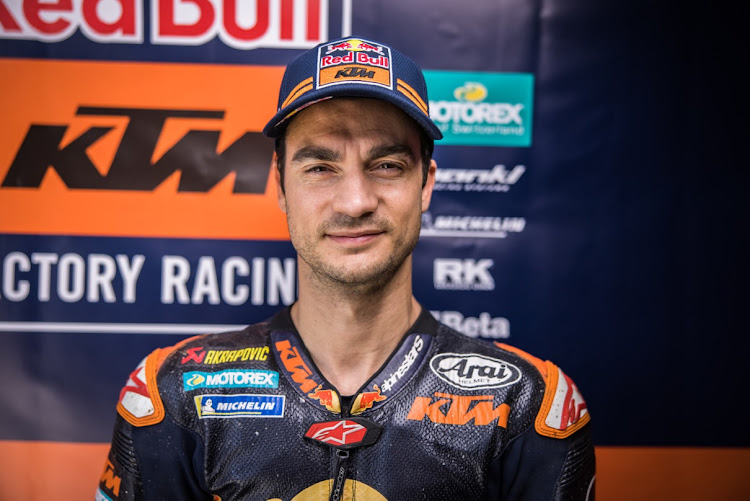 Dani Pedrosa retired from full-time racing at the end of 2018 and is now KTM's factory test rider. Picture: SUPPLIED

Dani Pedrosa will make a wild card return to MotoGP at Austria’s Red Bull Ring on August 6-8, the KTM team said on Wednesday.

The 35-year-old Spaniard retired from full-time racing at the end of 2018 but has since served as KTM’s factory test rider.

Three times a runner-up in the top category, Pedrosa won 31 races with Honda in 2006-2018. The race at the Red Bull Ring will be his first for KTM.

“It’s interesting again to go into a race because it gives you a different perspective compared to a normal test,” he said.

“My focus for the GP is to try to test the things we have on the bike in a race situation. I wish to understand the requests riders might have for different sessions and technical features.”

Miguel Oliviera is KTM’s highest-placed rider in this year’s MotoGP championship, on 85 points in seventh place. SA’s Brad Binder is on 60 points in ninth place.

Apart from its top speed prowess, the bike’s drag-reducing design could double its range
Life
10 months ago
Next Article