Business has called for a quick move to a level 2 lockdown, saying the government needs to trust it to curb infections in the workplace 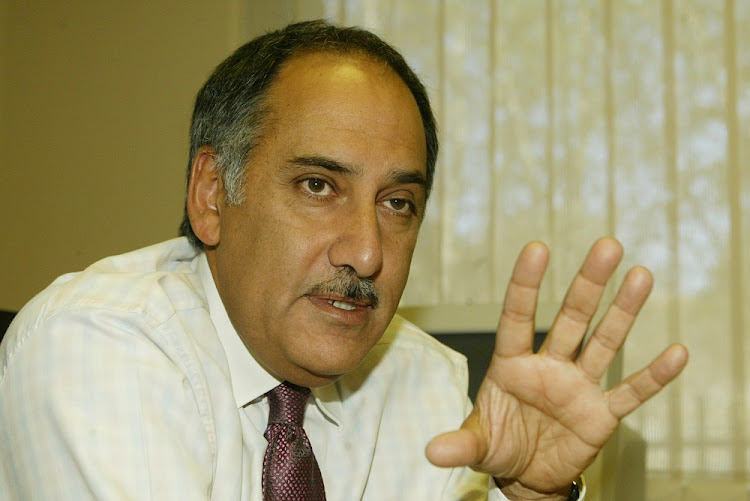 There’s a greater appreciation in the government of the economic costs of SA’s national lockdown and acceptance that the way it’s being implemented has limited value in mitigating health risks, according to Business Unity SA CEO Cas Coovadia.

Speaking during an online Business Day Dialogues event hosted by Peter Bruce, Coovadia, most recently head of Banking Association SA, said the country’s GDP would contract 14% if the economy was kept at level 4 much longer. The level is the second-most restrictive, and has put Gauteng, SA’s richest province, on course to lose as many as 2-million jobs, and it’s running out of resources to help those left without an income.

Business has called for a quick move to level 2, which would open up virtually all sectors of the economy, including retail, construction, domestic air travel and car rental services. Aviation has been almost completely shut since March 27, pushing SA’s two main airlines SAA and Comair into business rescue.

Even if the government moves quickly to get the economy to level 2, SA would still be left with one of the deepest recessions on record, with GDP contracting 10.5%, Coovadia said.

“We need to impress on the government to open up the economy with few exceptions,” he said, adding that it doesn’t make sense, from an economic and medical perspective, to have a gradual process with a long list of activities allowed. “It’s an ongoing process. We hope between now and the end of this month there will be significant movement.”

President Cyril Ramaphosa has promised a relaxation of the lockdown, which is among the most stringent in the world, by the end of May, though he suggested that regions could move at different speeds based on their infection level. That alarmed business as it could potentially keep key economic centres such as Cape Town and Johannesburg closed, while acting as a disincentive for firms that have supply chains that transverse provinces.

Ramaphosa has been meeting with different organisations, political parties, business and labour to discuss the lockdown, and is likely to address the nation this week.

African Bank CEO Basani Maluleke also said at the event that the lender — traditionally a provider of unsecured loans that is in the process of diversifying to a wider range of savings and insurance products, as well as deposit-taking — is “seeing people receiving less income” while “collections are not as strong as before”.

Risto Ketola, CFO at Momentum Metropolitan, said the economic effect of Covid-19 could be mitigated if the government shows a greater willingness to trust people and businesses to implement the necessary measures to limit infections.

His base case was for GDP to shrink 10% in 2020, and that could improve to -7% “if we trust people more” and open the economy. With limited restrictions on their activities, “people will find ways to limit the economic impact,” he said. “Social-distancing works, we don’t need the lockdown.”

Ketola, whose company is one of the country’s largest life insurers, said he believes the mortality rate will turn out to be much lower than some experts are predicting .

A modelling consortium advising the government projected on Monday that the country could have between 40,000 and 48,000 deaths by November and run out of intensive care unit beds as early as June.

Ketola warned the government against using the crisis, and the resulting stress on its finances, to raise taxes, which would have a detrimental effect on the economy and slow the recovery, saying instead that it needs to look at its spending.

Finance minister has a tough task drawing up a budget for a Covid-19 economy, writes John Dludlu
Opinion
2 years ago

BUSI MAVUSO: Need to relax the Covid-19 restrictions is becoming more urgent by the day

The state has to ensure the health of its people, but also of the economy, writes Busi Mavuso
Opinion
2 years ago

It’s good news for consumers, but economists will be on the lookout for how much gloomier the Bank is on GDP
Opinion
2 years ago
Next Article

WATCH: How Covid-19 has hit the poultry industry

WATCH: How Covid-19 has hit the poultry industry