PPC struggles with falling demand even as cement prices rise

The local cement industry wants Itac to impose tariffs on burgeoning cement imports, the bulk of which come from Vietnam and China 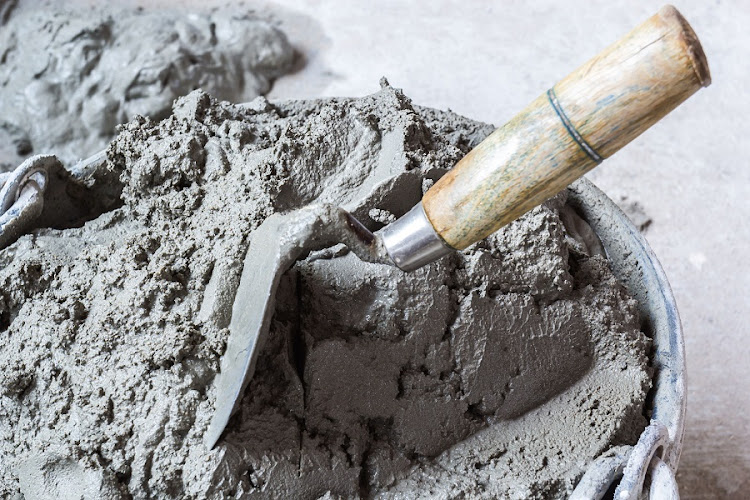 SA’s largest cement producer PPC says an increase in prices and cost-saving initiatives helped lift its income even as sales remained under pressure in some of its biggest markets.

The company said its income before expenses, taxes, depreciation, and amortisation (ebitda) increased by between 5% and 10% in the four months to end July. PPC uses ebitda to show a stripped-down picture of its profitability as this measure focuses on the performance of its core operations.

The increase in PPC’s ebitda was despite cement sales falling by 10%-15% in the Southern Africa region as a lack of construction activity in SA and other countries, and an increase in cement imports, continue to weaken demand for the local producer.

PPC said on Thursday in a trading statement that given the effect of cement imports, which increased by 22% in the first half of 2019 compared to the same period in 2018, the domestic cement sector has submitted an application to the International Trade Administration Commission (Itac) to protect the local industry. The industry representative body, the Concrete Institute, wants Itac to impose tariffs on cement imports, the bulk of which come from Vietnam and China.

“The industry is also engaging with the relevant authorities to ensure that blended cement meets the requisite standards,” said the company.

This is not the first time that PPC, which blamed subdued domestic demand for cement on both imports and the increased usage of blended cement products, has flagged concerns about imports. It has warned in the past that imports made it difficult for local cement producers to achieve sustainable pricing, which could, in the long term, affect jobs in the industry.

However, despite these imports, PPC said selling prices keep rising in SA. Average cement prices in Southern African markets increased by 7% to 8% in the four months to July. PPC also operates in Botswana, Zimbabwe, Rwanda, the Democratic Republic of Congo (DRC) and Ethiopia.

However, it said trading conditions in Zimbabwe remain challenging, and overall cement sales volumes contracted by 25%-30% in that market resulting in a 10%-15% decline in ebitda.

In Rwanda, the company benefited from increased construction activity that resulted in a 35%-40% increase in volumes and a two-fold increase in ebitda. Profits remain under pressure in the DRC and Ethiopia operations.

Overall imports increased by more than 80% in 2018, much of it from Vietnam
Companies
2 years ago

LETTER: Cement industry is a victim of its own complacency

Success not cast in concrete for PPC

Cement imports are a concrete threat to embattled SA industry

Concrete steps made in US fight against carbon emissions

Cement imports are a concrete threat to embattled SA industry

Concrete steps made in US fight against carbon emissions