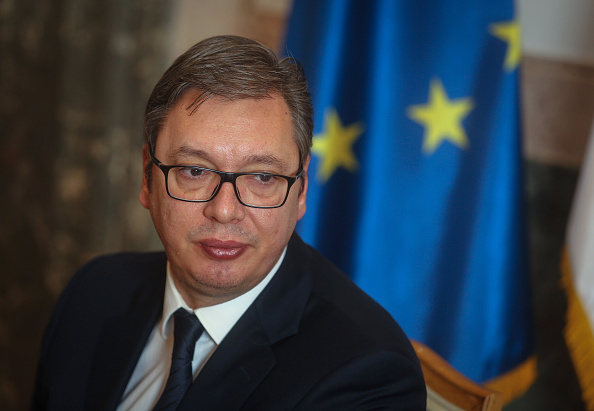 Prague/Belgrade — The ancient scooter gurgling through a languid summer afternoon brought groceries and a fistful of cash to Sasa Antic’s house. Like many of his neighbors, the 30-year-old Serb hasn’t had a job for some time so the family relies on the arrival of his mother’s pension.

Yet buried in the ground beneath this forgotten corner of former Yugoslavia is the prospect of becoming a new European front in the economic battle with Asia. Geologists are exploring the hilly landscape for the metal that’s become ubiquitous in modern technology: lithium.

“It would be a godsend if they can prove lithium reserves,” said Antic, as his mother counted out the dinars handed to her by a merchant who also delivered milk, rolls and butter to them in Klinovac, a hamlet of barns, stone houses and more goats than cars. “This is the least developed part of Serbia and we are at a dead end.”

The global hunt for lithium is afoot as companies look to cut fossil-fuel use. BloombergNEF estimates battery demand for lithium material will grow eightfold over the next 11 years.

Serbia’s estimated deposits are the largest in Europe and the insatiable appetite for batteries that power everything from iPhones to Tesla cars is prompting the likes of Rio Tinto Group to study the viability of mining it.

President Aleksandar Vucic in February called it “one of the biggest hopes for Serbia” and urged companies to speed up work to start production.

At the heart of Serbia’s lithium dreams is the terrestrial equivalent of kryptonite — the fictional rock from Superman’s home planet — discovered in 2004. The mineral, dubbed “jadarite”after the Jadar Valley, has a similar chemical structure to the compound that can be used to erode the superhero’s powers. It contains lithium and boron, which is used in ceramics, fertilisers and insulation.

In Central and Eastern Europe, the Czech Republic and Austria are also studying the potential of lithium mining. Romania is re-opening mines for rare earth minerals. And international companies are expanding battery production in the region, including Daimler and Johnson Matthey in Poland.

But Serbia’s lithium lode, if it can be profitably extracted, is big enough to help the continent compete with Asian development, especially in China, the world’s third-largest producer of lithium and the top maker of lithium-ion batteries.

Rio Tinto, one of the world’s largest mining companies, and Australia-based explorer Jadar Lithium are testing just how much lithium there is in Serbia. Rio Tinto declined to comment. Jadar Lithium, which includes a group of unknown investors represented by JPMorgan Chase, declined to pinpoint exactly where they are looking.

Optimistic government estimates and preliminary exploration suggest there may be as much as 200-million tonnes of deposits in Serbia, while the US Geological Survey said there were one-million tonnes of identified reserves in the country, making it one of the richest sources of lithium in Europe.

With global lithium production up by about 25% in 2018, according to the USGS, assigning an accurate ranking for Serbia may be difficult, as there is still little concrete data on the country as exploration continues, said BNEF’s Sophie Lu. Bolivia, for example, has no production despite what might be the world’s largest reserves.

And a concern over a glut in lithium supplies that has sent prices tumbling. That prompted Albemarle, the biggest producer of the metal, to put the brakes on plans to boost production. A worsening downturn in China could also deter potential investors — the prospects are bad enough that Bank of America Merrill Lynch has cut recommendations for six mining companies in its coverage.

Though any extraction is still at least three years away, Serbian authorities are also advocating for the development of downstream activities, such as refining and battery production.

Opening a battery factory would be key to raising living standards, said Nenad Antic, the deputy mayor of Vranje, the closest city to the Jadar Lithium exploration.

He estimates that production would cut the unemployment rate in the city of 80,000, where about 10,000 have no jobs. Rio Tinto, on its website, called Jadar a “significant value for Serbia,” and said lithium and boron “play important roles in a more energy-efficient future.”

Jadar Lithium, a company with A$4m ($2.7m), is in the south, studying an area between the Vranje and the border. The company has completed two phases of soil sampling and has detected a “number of areas with elevated lithium and borate values,” it said in a July filing to the Australian Securities Exchange.

Luke Martino, Jadar Lithium’s chair, said that Serbia could become a hub for the industry, from extraction to refining and battery production.

“We are really on the quest over the next three to five years to explore and make a discovery and then link in with downstream producers and expand the company that way,” Martino said in a phone interview from Sydney. “We know China has locked up a lot of supply. So it’s Europe’s challenge here to start to centralize its own production of batteries and lithium hydroxide plants.”

Across the hills and down a farming road several kilometers from Klinovac, Zoran Filipovic stood at his ramshackle gate and surveyed what is left of the dying village of Panevlje.

“Opening a mine here would breath in new life,” Filipovic said. Right now “there’s absolutely nothing for young people. There is some manual labor to do around here, but otherwise it’s desolate.”