Showdown between Peter Moyo and Old Mutual postponed to Thursday

Former Old Mutual CEO Peter struck a defiant tone on Tuesday, saying he's ready for a showdown between him and his former employer.

The matter has been postponed to Thursday, a date when the judge is not booked for any other cases.

Leaving the Court house, flanked by his family and legal team which included his lawyer Eric Mabuza, Advocate Dali Mpofu and Advocate Tembeka Ngcukaitobi, Moyo predicted victory saying he wouldn't have taken the matter to Court if he had any doubt that he had a strong case.

“I wouldn't be here if I didn't believe so,” said Moyo. 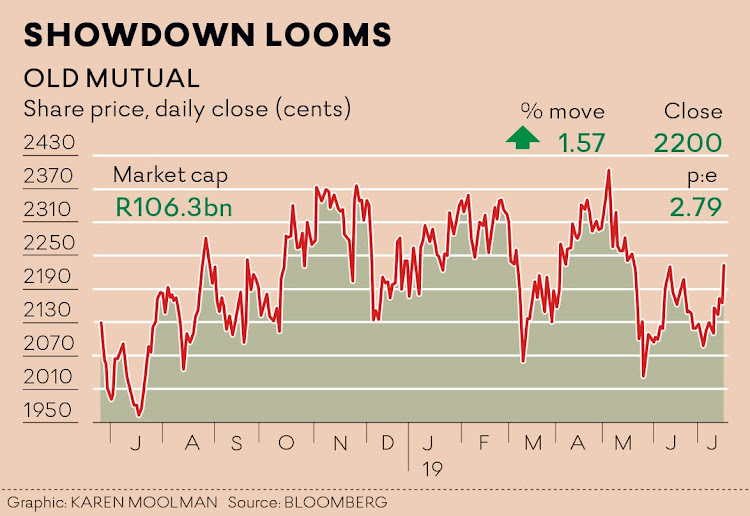 The axed CEO approached the Johannesburg High Court on June 28, requesting an urgent application to be temporarily reinstated and to interdict the company from filling the CEO position. Old Mutual is opposing this application and the two sides will present their arguments to the judge on Thursday.

Moyo has accused Old Mutual board chair Trevor Manuel of “gunning for him” because he had raised concerns that Manuel was conflicted in the handling of the split of its domestic business from the UK-based Old Mutual plc.

He said he's going to argue as he's highlighted in his court papers that there was more to his dismissal than the issue of dividend payment by NMT, which he co-founded. Old Mutual Life Assurance Company, a subsidiary of Old Mutual, is an investor in NMT Capital but has revealed in court  papers that it is now looking to divest.

Moyo, who was at the helm at Old Mutual for two years, was fired in June over a breakdown in trust and a conflict of interest linked to NMT, according to Old Mutual. At the centre of the breakdown is the payment of ordinary dividends by NMT Capital in July 2018 without first paying Old Mutual its preferential dividends and preferential capital which the insurer said was due on June, 30.

“If you look at their papers, they are now giving a slightly different reason. They keep on wanting to change (their reason for firing him),” said Moyo.

He said while Old Mutual has highlighted the dividend issue again, the insurer was never prejudiced by the late payment of its preferential dividends because NMT paid punitive interest for that late payment. Moyo said all dealings between the two companies, including payment negotiations, were done as they had been in the past.

“It has worked for 14 years. There's absolutely nothing new,” said Moyo.

Old Mutual did not respond to Business Day's questions regarding Moyo's statements.

In new court papers that Moyo filed last week responding to Old Mutual's answering affidavit, he also said that the insurer had in the past agreed to be paid late. He said since the declaration of dividends, NMT was in negotiations with Old Mutual about the postponement of preference dividends until May, 1 when the board eventually decided not to grant the company the extension it was looking for.

However, Old Mutual previously said it found out that NMT Capital declared dividends only when one of its board committees was reviewing Moyo’s activities to see if he was still adhering to the protocol for managing his conflict of interest between the two companies.

It added on its court papers that NMT declared dividends when its solvency was “questionable” and was unconcerned about “inevitable” write-offs that the insurer was envisaging because of corporate governance shortcomings at NMT.

Peter Moyo v Old Mutual - it will not be short, or pretty