The $2.3-trillion US plan includes power grids and renewables, and Siemens Energy, already big in the US, sees great potential for growth, especially in offshore wind 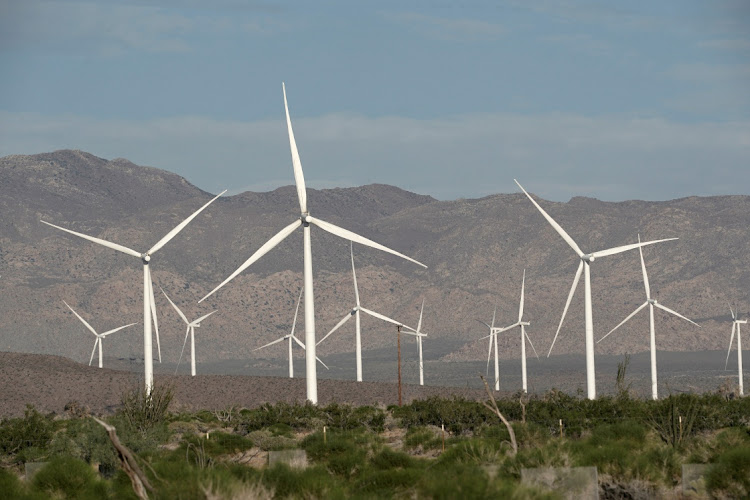 Frankfurt — German engineering group Siemens Energy aims for a slice of the $2.3-trillion US President Joe Biden plans to spend on infrastructure, including power grids and renewables, as the company targets higher sales in its biggest market.

Last week, Biden set out his plans for a transformation of the US economy with huge spending on low carbon technology as well as more traditional infrastructure.

For Siemens Energy, the US accounts for $7bn in revenues, or about a fifth of its total, but it sees great potential for growth, especially in offshore wind.

“We see great opportunities for wind energy onshore, but above all in the area of offshore,” Tim Oliver Holt, who is in charge of Siemens Energy’s US business, said. He also pointed to transmission systems as a growth market.

To better capture growth in the world’s top economy, Siemens Energy, which was spun off from Siemens last year, is considering whether to set up local production for offshore wind turbines on the US East Coast, an area central to a plan announced last week to deploy 30GW by 2030.

Siemens Energy owns 67% in Siemens Gamesa, the world’s largest maker of offshore wind turbines, which so far only caters for onshore clients in the US via two production sites.

“Of course, one could build a factory for the offshore wind market in the US, but you could also deliver and install by ship from Europe. You have to weigh up what makes more sense,” Holt said.

While the company is aware of possible requirements for local production and to set up factories in every federal US state, Holt said that is “not worth it”, even though transporting giant turbines is difficult and costly.

Biden’s infrastructure plan, which still needs to become law, includes $100bn for upgrading and modernising the country’s strained power grids, for which Siemens Energy could provide transmission systems and other components.

Siemens Energy is already looking at Texas, which saw its energy grid hit by an extreme cold spell in February, affecting several local utilities, including Germany’s RWE, and hundreds of thousands of homes.

“In Texas we are sounding out how to better utilise systems in case of a crisis, such as the cold snap,” Holt said.

Many systems in Texas had been ill-prepared for the winter, causing vital components, including pumps, to freeze, problems Holts said Siemens Energy can address — “You can start there.”

US president announces broader registration requirements, including for 'ghost guns' and pistols, to end 'epidemic' of gun violence
World
1 month ago