Competition, Covid-19 disruption and runaway metals prices worsened by the war in Ukraine have made producing masts and blades for wind turbines a tough business 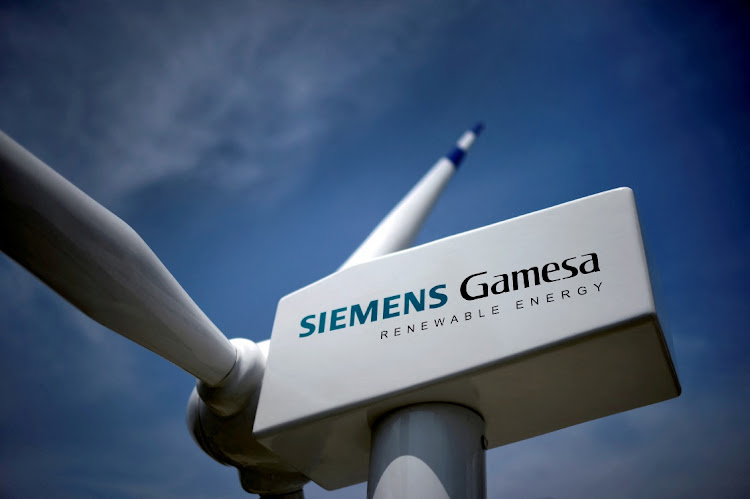 A model of a wind turbine with the Siemens Gamesa logo is displayed outside the annual general shareholders meeting in Zamudio, Spain. Picture: REUTERS/VINCENT WEST

The group cut its full-year core earnings margin forecast to -5.5% from -4%, including gains from selling its development division.

Competition, Covid-19 disruption and runaway metals prices worsened by the war in Ukraine have made producing masts and blades for wind turbines a tough business in recent years, despite strong demand from governments banking on wind energy to wean themselves off fossil fuels.

Siemens Gamesa has struggled in particular, partly with delivering new products. This prompted its majority shareholder Siemens Energy to launch a 4.05 billion euro ($4.2 billion) bid to buy the one-third stake it does not already own.

A new operating model will be finalised in 2022 and come into force in January 2023, the company said. This includes “staffing and footprint optimisation actions” globally.

“In some parts of our organisation there are capacities way beyond their need and that needs to be rectified,” CEO Jochen Eickholt told analysts on a conference call. “We will continue to work on detailing that.”

People familiar with the matter said  the firm is considering cutting about  9% of its workforce.

Under the new model, the company also said it plans to strengthen the roles of COO and Chief Technology Officer, a move applauded by analyst Shashi Barla of energy transition consultancy Brinckmann.

“Those are the things they need to fix today. One is fixing the technology ... still there is a lot of room for them to improve, strengthening the product lines ... and trying to focus on the markets which matter to them the most.”

The group reported a net loss of €446m for the third quarter and an earnings margin of -14.1%. It said it expected its core earnings margin to “remain negative” in 2023.

The company formed in a 2017 merger between Spain’s Gamesa and the wind unit of Germany’s Siemens, and has operations in Europe, North and South America, Africa and Asia.

Eickholt said it would focus on “a smaller number of core markets where we want to be successful”.

A push to pass on to customers some of the extra costs it now incurs to make and move components around the world is starting to bear fruit, with the average selling price of onshore turbines hitting 0.83-million €/MWh  in the third quarter compared with 0.63-million €/MWh in the middle of 2021.

“The trend is clearly positive and takes us back to pricing levels of the year 2017 or 2016,” Eickholt said.

He later added: “We need to see a different price level, otherwise the energy transition as such will certainly be delayed as regards the wind business.”

Component failures and repairs, mostly in the onshore business, cost around 4.6% of revenue in the third quarter.

Solar power gets more expensive as cost of materials soar

Prices of polysilicon, the key material in solar cells and wafers, rose 15% since mid-May amid Chinese factory shutdowns
News
3 weeks ago