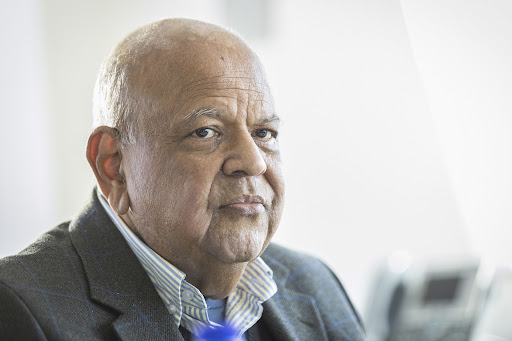 Public enterprises minister Pravin Gordhan has hit back at criticism of Eskom’s bosses, saying the challenges facing the power utility are not caused by its current leaders.

Gordhan was speaking to eNCA at Nasrec, Johannesburg, where the ANC held its sixth annual policy conference at the weekend.

He said over the past three weeks President Cyril Ramaphosa has been “knocking on all department’s heads” for a solution to deal with the electricity crisis.

“Each step in this process of getting electricity going, or getting this whole plan going, has been put through intense scrutiny, not just by us but by him,” he said.

The minister said the energy crisis has been building after years of failures and mishaps.

He warned that those who may take over from the ANC will have to “travel this same journey”.

Gordhan said in about two years’ time load-shedding will be a thing of the past as the ANC focuses on investing in renewable power solutions.

“We will get through it and the key thing in big companies and big states is the silo effect. If you can cut through the silo effect, if you can force everyone around the same table, that would be the most productive thing we can do,” he said.

Previously, Eskom spokesperson Sikonathi Mantshantsha said load-shedding would not be resolved until more capacity was created.

Mantshantsha told 702  blackouts will continue until there is an additional 4,000MW to 6,000MW of capacity.

“SA does not have enough capacity to generate sufficient electricity for all of us, and that goes back to 2007,” he said.

According to Mantshantsha, it will take at least 18 months to generate about 1,800MW of new capacity.

In an interview with the Mail & Guardian, he said the embattled power utility needed a “fixer” and De Ruyter was not the right person due to a skills mismatch.

He said Eskom COO Jan Oberholzer understood the issues better than De Ruyter because he is an engineer.

EDITORIAL: The kink in the cable of Eskom’s debt