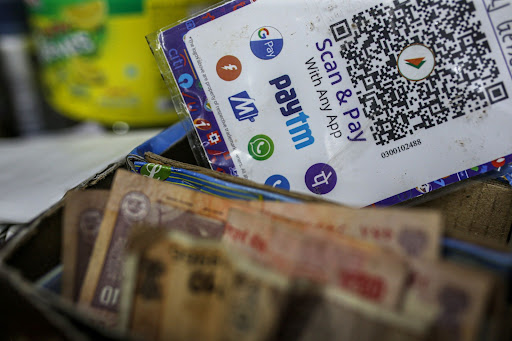 Mumbai — The valuation of Meesho, the Indian e-commerce rival of retail giant Amazon, more than doubled in 2021 to $5bn, after marquee investors such as SoftBank and Fidelity pumped in hundreds of millions of dollars.

They aimed to ride a boom in India’s tech start-ups, which raised a record $35bn in new funds in 2021, but the tide has turned, as corporate governance concerns loom large for investors facing a new uncertainty in global markets.

“We haven’t seen a slowdown like this in at least five to six years. It is going to be brutal,” said Anand Lunia of venture capital firm India Quotient, an investor in more than 70 start-ups since 2012.

“I expect to see a lot of zombie unicorns. Companies which became unicorns but have no business models have stopped hiring — they aren’t dying, but will become irrelevant.”

Now Meesho is trying to raise debt and cut expenses after efforts to secure fresh funds of $1bn foundered, making investors wary of its monthly cash burn of $45m and stiff competition, two people familiar with the talks said.

Meesho did not respond to a request for comment.

Meesho’s struggles are among the first signs of a painful future awaiting many Indian start-ups. Plummeting Indian tech stocks are a worry, but investors spooked by corporate governance issues are stepping up scrutiny during due diligence efforts, which delays funding rounds, two venture capital executives said.

And there are concerns that valuations in India are already too high, even when start-ups’ business models are being led by discounts and there is a bleak outlook for revenue, they added.

That could slam the brakes on the unprecedented growth and dull the lure of Indian start-ups. Eight venture capital and start-up executives said concerns were mounting that a funding crunch would lower valuations, leaving less cash to achieve growth and bring job cuts.

Lunia said he had told companies in which his firm has invested to ensure they hold liquid cash sufficient for at least 18 months, reduce spending and headcount, if necessary.

Another start-up, Vedantu, which offers online tutoring courses and is backed by Tiger Global with a valuation of $1bn, fired 200 staff this month in a “load rebalancing” move it said was based on growth expectations.

Typically, Tiger has targeted bigger Indian start-ups, but it has now told bankers it will only consider deals involving those with a valuation of less than $200m, in a bid to reduce risk, said two executives with direct knowledge of the matter.

‘Prepare for the worst’

With more than 60,000 start-ups in India, Prime Minister Narendra Modi has labelled the current decade a “techade”, in which he added, “New unicorns are coming up every few weeks.”

However, April was the first month in more than a year that India had no new “unicorns”, a term for start-ups valued at $1bn or more.

Indian start-ups raised $5.8bn in March and April, down about 15% from the corresponding period last year, data from Venture Intelligence shows.

At a recent dinner in the southern tech city of Bengaluru, executives of US-based Insight Partners, which manages more than $90bn in assets, told Indian founders it would target more early stage companies and invest less because of the global tech rout, said one of those who attended.

Many tech companies globally have suffered in recent weeks as the Ukraine conflict and rising interest rates hit investor sentiment.

November brought India’s first disappointment with a tech IPO when SoftBank-backed payments app Paytm crashed 27% at its debut, triggering criticism it had overvalued the company without prioritising profitability.

Paytm has plummeted a further 62% since. And while Indian food delivery firm Zomato and beauty retailer Nykaa had blockbuster listings, their shares are down 67% and 43% from their peaks, respectively.

Three Indian start-up founders said their investors recently told them the days of easy money were over and they must now show a clear path to profitability.

The message, one of the founders says, is clear: “Prepare for the worst, hope for the best.”

The company runs the Josh app, billed as the Instagram for Bharat, referring to non-English speaking India that lives outside its six affluent top ...
News
2 months ago

It’s 20 years since Naspers took a R274m gamble on Chinese internet company Tencent. Today, its stake is worth R3-trillion — and that’s after it ...
Features
1 year ago

During its last fundraising round, ByteDance reached a $180bn valuation
Business
1 year ago
Next Article