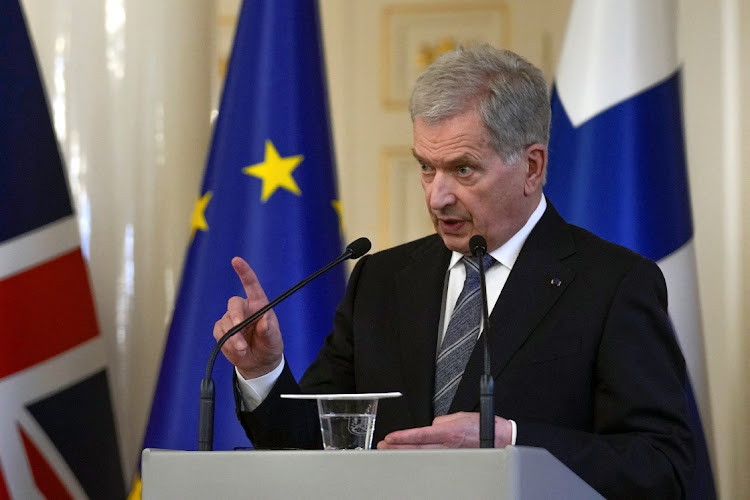 Finnish President Sauli Niinisto at the Presidential Palace, in Helsinki, Finland on May 11 2022. Picture: Frank Augstein via REUTERS

Helsinki/Kyiv — Finland said on Thursday it intended to apply to join Nato without delay, with Sweden likely to follow suit, as Russia’s invasion of Ukraine reshapes European security and the Atlantic military alliance.

Nato allies expect Finland and Sweden to be granted membership quickly, five diplomats and officials said, paving the way for increased troop presence in the Nordic region during the one-year ratification period. 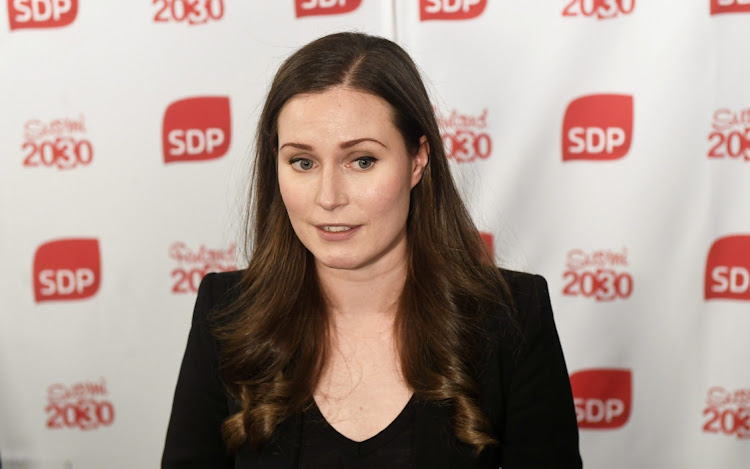 “Finland must apply for Nato membership without delay,” President Sauli Niinisto and Prime Minister Sanna Marin said in a joint statement in Helsinki. “We hope that the national steps still needed to make this decision will be taken rapidly within the next few days.”

Finland, which shares a 1,300km border and a pre-1945 history of conflict with Russia, has gradually stepped up co-operation with Nato as a partner since Russia annexed Ukraine’s Crimea in 2014.

In the wider Nordic region, Norway, Denmark and the three Baltic states are already Nato members, and the addition of Finland and Sweden would likely anger Moscow, which says Nato enlargement is a direct threat to its own security.

Russian President Vladimir Putin has cited the issue as a reason for his actions in Ukraine, which has also expressed a desire to eventually join the US-led Western alliance.

Asked on Wednesday if Finland would provoke Russia by joining Nato, Niinisto said: “My response would be that [Putin] caused this. Look at the mirror,” Niinisto said.

On the front lines, Ukraine on Wednesday said it had pushed back Russian forces in the east and shut gas flows on a route through Russian-held territory, raising the spectre of an energy crisis in Europe.

Ukraine’s armed forces general staff said it had recaptured Pytomnyk, a village on the main highway north of the second-largest city of Kharkiv, about halfway to the Russian border.

Britain’s ministry of defence said in its daily update on the military situation on Thursday that Ukrainian forces had retaken several towns and villages.

In the hamlet of Vilkhivka, less than 30km south of the Russian border, a grizzled pensioner recounted how Russian troops had used him and other villagers as human shields before retreating after fierce fighting.

“Can they really be called real soldiers after that?” he spat. “They are motherf*****s, not military men!”

The advance appears to be the quickest that Ukraine has mounted since it drove Russian troops away from the capital Kyiv and out of northern Ukraine at the beginning of April.

If sustained, it could let Ukrainian forces threaten supply lines for Russia’s main attack force, and put rear logistics targets inside Russia within range of artillery.

But Russian forces were regrouping to prevent further advances, and had crossed the Donets River, where fighting was under way, the Ukraine general staff said on Thursday.

In the south, Ukraine’s military said early on Thursday it had destroyed two tanks and an ammunition depot in the Russian-controlled Kherson region.

Viacheslav Chaus, governor of the northern Chernihiv region, said some civilians had been killed and wounded in the city of Novhorod-Siversky by Russian air strikes on critical infrastructure, administrative buildings and private houses overnight.

Russia calls its actions in Ukraine a “special operation” to disarm the country and protect it from fascists. It also denies targeting civilians.

Ukraine and the West say the fascist allegation is baseless and that the war is an unprovoked act of aggression, in which thousands of civilians have been killed and towns and cities destroyed.

British Prime Minister Boris Johnson said he did not see how there could be a future normalisation of relations with Putin as there was a risk he would again resort to military aggression.

Wednesday’s move by Ukraine to cut off Russian gas supplies through territory held by Russian-backed separatists was the first time the conflict has directly disrupted shipments to Europe.

Gas flows from Russia’s export monopoly Gazprom to Europe via Ukraine ebbed by a quarter after Kyiv said it was forced to halt all flows from one route, through the Sokhranovka transit point in southern Russia.

Moscow has also imposed sanctions on the owner of the Polish part of the Yamal pipeline that carries Russian gas to Europe, as well as Gazprom's former German unit, whose subsidiaries service Europe's gas consumption.

The implications for Europe, which buys more than a third of its gas from Russia, were not immediately clear.

In southern Ukraine, where Russia has seized a swathe of territory, Kyiv has said Moscow plans to hold a fake referendum on independence or annexation to make its occupation permanent.

The Kremlin said on Wednesday it was up to residents living in the Russian-occupied Kherson region to decide whether they wanted to join Russia, but any such decision must have a clear legal basis.

Russian forces have also continued to bombard the Azovstal steelworks in Mariupol, last bastion of Ukrainian defenders in the southern port.

Ukraine says it is likely that tens of thousands of people have been killed in Mariupol. Ukrainian authorities say between 150,000 and 170,000 of the city's 400,000 residents are still living there amid the Russian-occupied ruins.