Regional leaders from Pakistan, China, Iran and India attend talks, but US stays away 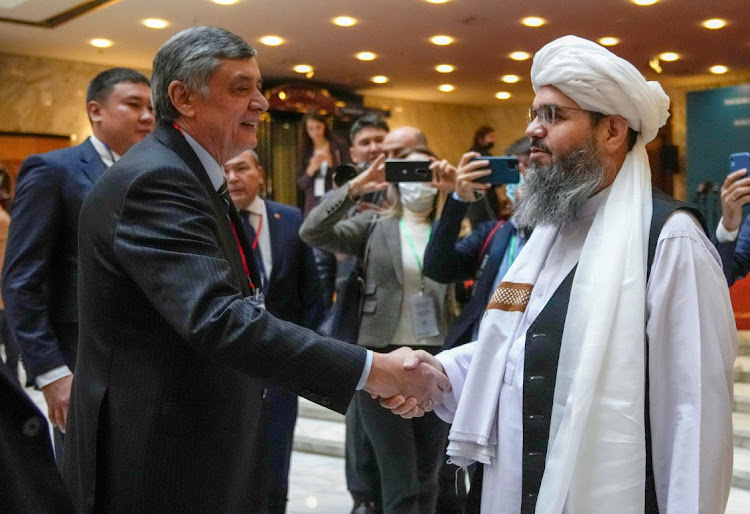 Moscow — Russia increased pressure on the Taliban on Wednesday to create an inclusive government representing a broad spectrum of Afghan society, as it hosted their new administration at a major conference for the first time since they took power.

With Afghanistan facing economic collapse and a humanitarian catastrophe, Moscow called for international aid to support Kabul, conscious that any spillover could threaten regional stability.

“Nobody is interested in the complete paralysis of an entire state, which borders, among other things, the CIS (Commonwealth of Independent States)," said Kremlin spokesperson Dmitry Peskov.

Russia’s initiative in hosting the talks is part of an effort to boost its influence in the region after the US withdrew its forces from Afghanistan and the Taliban took control of the country.

Foreign minister Sergei Lavrov said he regretted the US absence from the talks, the biggest international meeting on the region since the Taliban victory in August.

Lavrov struck a conciliatory tone towards the Taliban government, which is seeking international diplomatic legitimacy that would bolster its calls to unfreeze assets held in the West and let aid flow.

But Moscow has been reluctant to accord formal recognition, calling for human rights to be guaranteed and more inclusivity in the government, dominated by ethnic Pashtuns from the core leadership of the movement.

He said the expectations of the international community had to be met, adding: “This means both human rights and inclusivity.”

The Taliban say they have moved as quickly as possible on opening up their government and guaranteeing rights to women, and that they do not represent a threat to any other country.

Moscow is mainly concerned about the risk of instability in Central Asia, and possible migrant flows and Islamist militant activity directed from Afghanistan.

The concerns have intensified after a series of attacks by the local affiliate of Islamic State,  called  Islamic State in Khorasan Province after an ancient name for the region,  on mosques and other targets that have killed hundreds of people.

Lavrov urged the Taliban “to prevent the use of Afghanistan’s territory against third countries, most importantly neighbours”.

Russia fought its own disastrous war in Afghanistan in the 1980s and has close military and political ties with former Soviet Central Asian states that border Afghanistan.

As well as saying no militant groups will be able to operate from Afghanistan, the Taliban have said they will safeguard the rights of women and minorities. But many women and girls have been prevented from going to work or school and the interim cabinet includes only men.