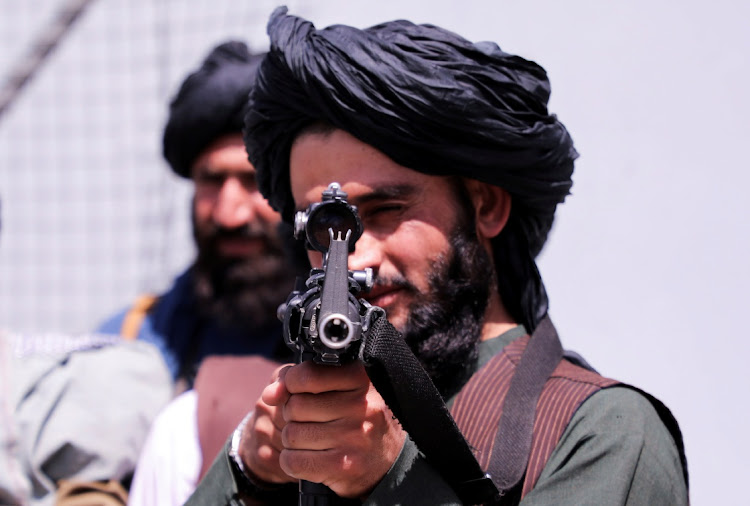 Leaders of the world’s top economies failed to agree on how to deal with the Taliban at an extraordinary summit, pledging only to channel aid through the UN as a humanitarian crisis looms. The group’s track record since taking power helps explain the reluctance.

While the US and its Western allies held formal talks with Taliban officials in the lead-up to the G20 summit on Tuesday, they have repeatedly emphasised that the new Afghan government will be judged by actions rather than words. And politically, it is not easy for them to convince voters the Taliban deserves a bunch of cash — if even an economic collapse could bolster extremist groups.

The Taliban have insisted they have changed, pledging to form an inclusive government, let women continue to study and work, prevent Afghanistan from being used for terrorist activities and allow the safe passage of citizens with valid travel documents.

Here is how the Taliban have fared since sweeping to power in August:

• Terrorism prevention. The Islamic State continues to be one of the biggest threats to the Taliban, carrying out at least three attacks since the US evacuation. The latest came last weekend, when a suicide bomber attacked a crowded Shia mosque in northern Kunduz province.

The Taliban have said they do not need assistance from the US, particularly after they fought a 20-year war to eliminate foreign soldiers from Afghanistan. The group has enough incentive to fight the Islamic State: the rival jihadist group poses the biggest political threat, as more conservative Islamists look to lure away Taliban fighters who want an even stricter Sharia-based system.

Still, the US is worried about the Taliban’s ties with key Al-Qaeda figures. The Afghan cabinet includes senior members of the Haqqani Network, a group linked to Al-Qaeda that has been designated by the US as a terrorist organisation. That group was instrumental in sidelining Mullah Abdul Ghani Baradar, a moderate figure who led peace talks with the US, in a dramatic shoot-out at the presidential palace last month.

• Women’s rights. Women have had their lives upended since the Taliban took over. The group has ordered female government workers to stay at home until offices can ensure gender segregation — and it is unclear when that will happen in most cases.

Private universities have resumed segregated classes for men and women, but public universities are yet to open due to the “budgetary, logistical, and technical issues” to separate the students, according to Daud Samim, an assistant secretary to the minister of higher education. Schools remain shut for girls from the sixth grade onwards in most cities, but boys are back in school.

UN secretary-general Antonio Guterres on Tuesday acknowledged the Taliban’s lack of progress in this area, appealing to the group to stop breaking its promises and allow women to work and girls to have access to all levels of education.

• Inclusive government: The Taliban’s interim cabinet announced in early September included no female leaders, while the group disbanded the ministry of women’s affairs. Many prominent Afghan women leaders have either fled the country or are in hiding.

The cabinet also avoided any officials who took part in successive US-backed administration, including leaders from the Tajiks, the second-largest ethnic group, and other minorities such as Hazaras and Uzbeks that collectively make up almost half of the population. Rather, it consists almost exclusively of loyalist hardliners and from the Pashtun ethnic group.

What is more, higher education minister Abdul Baqi Haqqani said on October 4 there is no space in the government for workers who received diplomas and degrees in the past two decades, saying their training lacks proper Islamic values. That could further cut the ranks of diverse voices in the bureaucracy.

• Amnesty for former government employees: Soon after the Taliban came to power, they declared amnesty for all government employees and soldiers who served under the ousted administration. Still, Agence France-Presse reported that a confidential UN document shows the group is carrying out targeted door-to-door visits to find those who had central roles in Afghan military, police and intelligence units — as well as their families.

One official, who asked not to be named for fear of his safety, said the Taliban are covertly seeking out prosecutors and lawyers from the former administration who had sentenced their members to prison. Thousands of jurists are in hiding or have fled the country, according to the official, who said seven of his colleagues have been killed by the Taliban since they assumed power.

• Safe passage. The UN document cited by AFP also reads that Afghans who worked with the US military and Nato forces are possible Taliban targets.

After foreign evacuation flights closed at end-August, Western governments have urged the Taliban to allow safe passage for thousands of those former employees who could not make it out in time. The Taliban have assured them that anyone with valid travel documents can leave the country and they have begun issuing passports. Still, international flights have yet to fully resume from Kabul airport and the land borders remain closed.