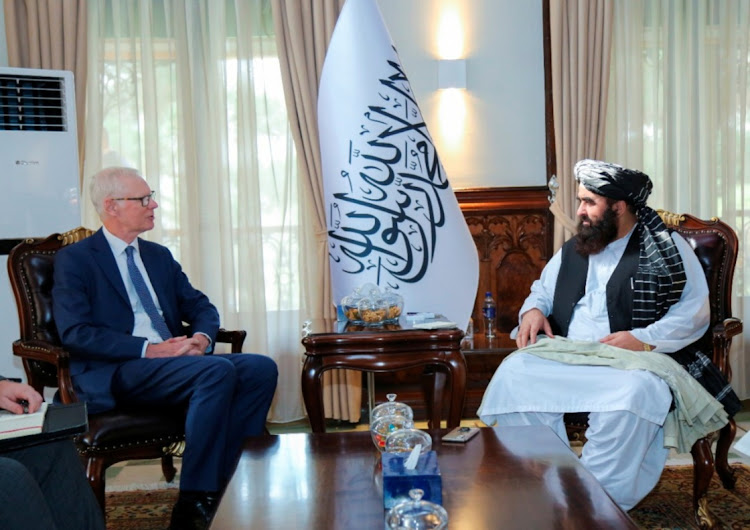 London  — British Prime Minister Boris Johnson’s special envoy met Taliban leaders in Afghanistan to discuss the humanitarian crisis and ways to prevent the country from becoming an incubator for militants.

They “discussed how the UK could help Afghanistan to address the humanitarian crisis, the importance of preventing the country from becoming an incubator for terrorism, and the need for continued safe passage for those who want to leave the country”, the foreign office said.

“They also raised the treatment of minorities and the rights of women and girls.”

Gass was accompanied by chargé d'affaires of the UK Mission to Afghanistan in Doha.

Also on Tuesday, French President Emmanuel Macron said the forthcoming G20 summit must send a clear message to the Taliban on the conditions for international recognition.

In an interview with France Inter radio station broadcast, Macron said those conditions must include equality for women, access for foreign humanitarian operations and non-cooperation with terrorist groups.

“I believe international recognition should have a price, and the dignity of Afghan women, equality between men and women, should be one of the points on which we insist, and should be a condition for us,” Macron said.

Referring to the G20 summit due to take place in Rome later in October, Macron said: “We will talk about Afghanistan. We absolutely must, that’s to say us, the Europeans, the Americans, China, Russia, the big powers of Africa, Asia, the Pacific, and Latin America all together, we must have a very clear message that we will set conditions for recognition of the Taliban.”

ISMAIL LAGARDIEN: What political economy can be expected from a sharia state in Afghanistan?

Reports of house-to-house searches, looting, beatings and at least one prominent politician on the run contradict Taliban’s pledge
World
7 months ago
Next Article