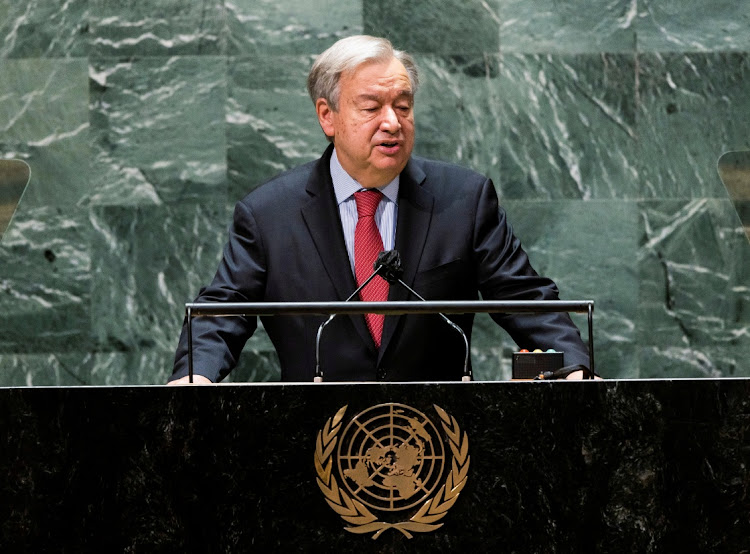 UN secretary-general António Guterres said on Monday he was alarmed to see promises made to Afghan women and girls by  the Taliban being broken, as he called on the international community to find ways to inject cash directly into the economy to avert its total collapse.

Guterres, speaking to reporters at UN headquarters, accused the Taliban of breaking promises they made after seizing power in August to uphold the rights of women and girls, including allowing girls to attend school, saying it was alarming.

“Broken promises lead to broken dreams for the women and girls of Afghanistan,” Guterres said, asserting there “is no way” to heal the economy if the Taliban continue barring women from working.

His comments underscored the urgent need for steps to ease the economic and humanitarian crises that have grown since the Taliban took power as the 20-year US military intervention ended.

Banks are running out of money, public servants have not been paid and food prices have soared.

“The crisis is affecting at least 18-million people — half the country’s population,” said Guterres, adding that a huge UN humanitarian aid operation is under way in a “race against time” as winter approaches.

Guterres noted that the Afghan economy — kept afloat by foreign aid for two decades — was being buffeted by drought and Covid-19 before the Taliban seized power.

“I urge the world to take action and inject liquidity into the Afghan economy to avoid collapse,” he said, explaining that any measures should avoid channelling cash through the Taliban.

They also should be taken independent of diplomatic decisions to recognise the Taliban government, he said.

One way to inject liquidity into the economy, he said, is for UN agencies and humanitarian groups to make cash payments directly to people, he said, adding the World Bank could create a special trust fund from which money could be drawn.

But, he said, “The main responsibility for finding a way back from the abyss lies” with the Taliban.

The group not only promised to uphold the rights of women and girls, but those of minorities and former government employees, Guterres said.

“This is a make or break moment,” he said, warning that without action, the world will “pay a heavy price” as increasing numbers of Afghans flee their country “in search of a better life.”

The blast follows several attacks, including one at a mosque in Kabul, in recent weeks, some of which have been claimed by IS
World
10 months ago