Afghan people should start receiving the financial support that was frozen after the Taliban took power, says foreign minister 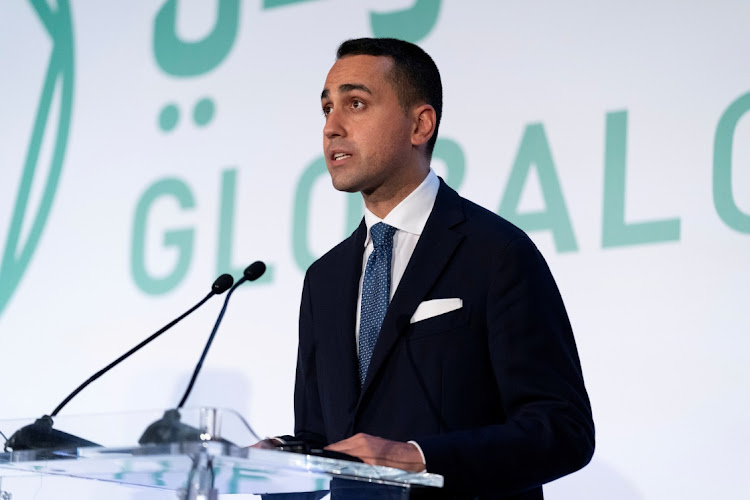 Rome —  Italian foreign minister Luigi Di Maio said on Sunday that the Taliban government in Afghanistan could not be recognised, but urged foreign governments to prevent a financial collapse there that would spark huge flows of migrants.

Italy holds the annual, rotating presidency of the G20 and is looking to host a special summit on Afghanistan.

“Recognition of the Taliban government is impossible since there are 17 terrorists among the ministers, and the human rights of women and girls are continuously violated,” Di Maio, who chaired a meeting of G20 foreign ministers in New York last week, told state-owned television Rai 3.

However, the Afghan people should start receiving the financial support that was frozen after the Taliban took power last month, he said.

“In a while they will not be able to pay salaries. Clearly, we must prevent Afghanistan from implosion and from an uncontrolled flow of migration that could destabilise neighbouring countries,” Di Maio said.

“There are ways to guarantee financial support without giving money to the Taliban. We have also agreed that a part of humanitarian aid must always go to the protection of women and girls.”

The G20 countries together with Afghanistan's neighbours are committed to fight against terrorism, and to work for the protection of human rights, Di Maio said.

Asked whether a date has been set for G20 leaders to meet on Afghanistan, Di Maio said that it will be “in the coming weeks”.

“The date is not yet public but conditions are in place to convene the summit of the G20 leaders, who will be chaired by Prime Minister Mario Draghi,” he said.

Meanwhile, Taliban authorities in the western Afghan city of Herat killed four alleged kidnappers and hung their bodies up in public to deter others, a local government official said on Saturday.

Sher Ahmad Ammar, deputy governor of Herat, said the men had kidnapped a local businessman and his son and intended to take them out of the city, when they were seen by patrols that had set up checkpoints around the city.

An exchange of gunfire ensued in which all four were killed, while one Taliban soldier was wounded.

The two kidnapping victims were released unharmed, he said.

Footage of a corpse swinging on a crane was widely shared on social media, showing a note pinned to the man's chest saying “This is the punishment for kidnapping”.

No other bodies were visible but social media posts said others were hung up in other parts of the city.

In an interview with the Associated Press published this week, senior Taliban figure Mullah Nooruddin Turabi said the group would restore punishments like amputations and executions to deter criminals.

Despite international condemnation, the Taliban have said they will continue to impose swift and severe punishments on lawbreakers to stop crimes like robbery, murder and kidnapping that had become widespread in Afghanistan.

The US, which condemned Turabi's reported comments on punishments, has said any potential recognition of the Taliban-led government in Kabul would depend on respect for human rights.