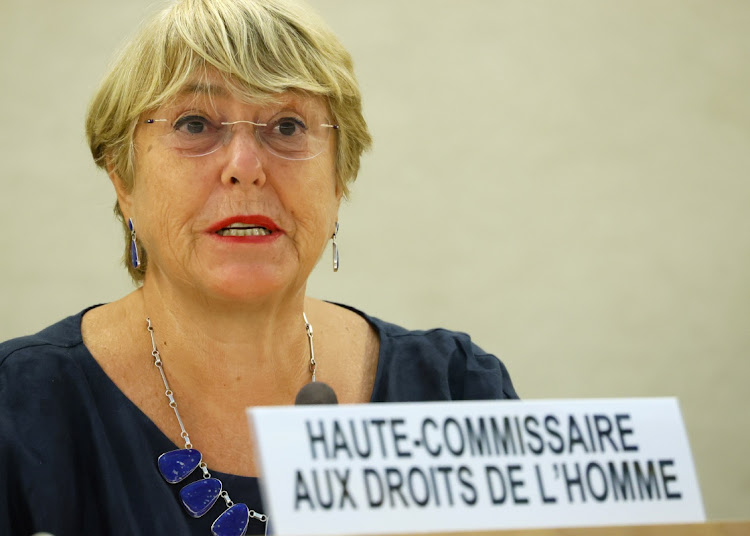 Geneva — Afghanistan's Taliban rulers have contradicted public promises on rights including by ordering women to stay at home, blocking teenage girls from school and holding house-to-house searches for former foes, the UN high commissioner for human rights said on Monday.

Michelle Bachelet said Afghanistan was in a “new and perilous phase” since the militant Islamist group seized power in August, with many women and members of ethnic and religious communities deeply worried.

“In contradiction to assurances that the Taliban would uphold women's rights, over the past three weeks, women have instead been progressively excluded from the public sphere,” she told the Human Rights Council in Geneva.

Bachelet expressed dismay at the composition of the Taliban government, noting the absence of women and its dominance by ethnic Pashtun.

In some places, girls over 12 were barred from school while women were told to stay at home, she said, in throwbacks to the Taliban's oppressive rule between 1996-2001 before a US-led invasion that toppled them.

Bachelet pointed to other broken pledges on granting amnesty to former public servants and security officers linked to the previous government and prohibiting house-to-house searches.

The UN has received multiple allegations of searches for those who worked with US companies and security forces while some UN staff have reported increasing attacks and threats, she added.

Credible allegations of reprisal killings of some former Afghan military members have also been received, she said.

Bachelet called for a mechanism to monitor rights in Afghanistan. “I reiterate my appeal to this council to take bold and vigorous action, commensurate with the gravity of this crisis,” she said.

UN secretary-general Antonio Guterres said in his opening remarks to the Geneva conference  that the UN needed to raise $606m for Afghanistan, where poverty and hunger are spiralling since the Taliban took power.

After decades of war and suffering, Afghans are facing “perhaps their most perilous hour”, Guterres said.

Donors have pledge up to $1bn in support of Afghanistan. China and Pakistan have sent food and medical aid, and the US pledged $64m in new humanitarian assistance at the conference. Norway pledged an extra $11.5m.

Even before the Taliban’s seizure of Kabul last month, half the population — or 18-million people — depended on aid. That looks set to increase due to drought and shortages.

About $200m of the new money is earmarked for the UN World Food Programme, which found that 93% of the 1,600 Afghans it surveyed in August and September were not getting enough to eat.