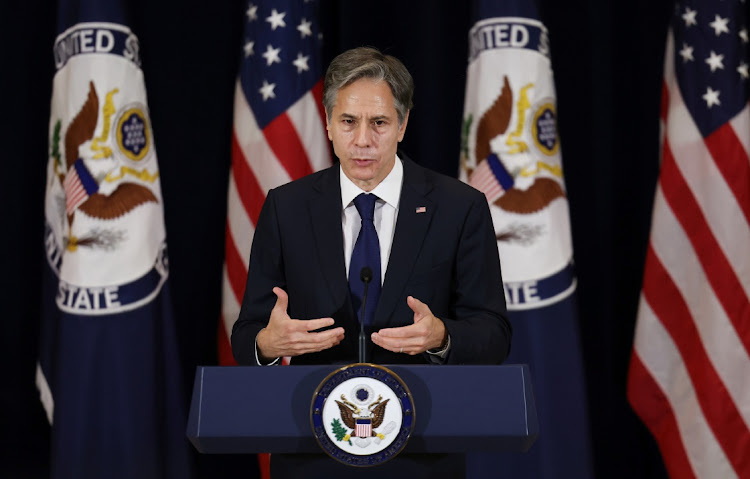 US secretary of state Antony Blinken prepared to defend the Biden administration’s handling of the Afghanistan withdrawal, telling legislators US forces would have been exposed to Taliban attacks if they had stayed any longer, and keeping troops in the country wouldn’t have mattered much anyway.

Monday's hearing will give angry legislators their first chance to publicly question a senior administration official over the chaotic US troop withdrawal and the evacuation of about 124,000 people, including Americans, Afghans and citizens of other countries that took place in recent weeks as the Taliban quickly advanced across Afghanistan.

Some Republicans have called on Biden, Vice-President Kamala Harris and Blinken all to resign, Reuters reports.

“There’s no evidence that staying longer would have made the Afghan security forces or the Afghan government any more resilient or self-sustaining,” Blinken’s pre-released testimony to House committee says.

“If 20 years and hundreds of billions of dollars in support, equipment, and training did not suffice, why would another year, or five, or ten, make a difference?”

Members from both parties have criticised the administration’s actions, making clear ahead of time that they would demand answers about why President Joe Biden withdrew the last remaining US troops while American citizens remained in Afghanistan, along with thousands of Afghan citizens whom Biden had promised to help evacuate because of their work with the US over the 20-year occupation.

Even “the most pessimistic assessments” never predicted that Afghan government forces would have collapsed as quickly as they did as US and allied forces withdrew, Blinken’s prepared remarks say.

“I want to know why he left American citizens behind,” Representative Michael McCaul of Texas, the top Republican on the committee, said on Fox News on Sunday. “Why did the military evacuate before American citizens?”

Blinken was set to tell legislators the US had given many warnings to Americans that they should leave Afghanistan and is still working to evacuate the estimated 100 or so who remain in Afghanistan. He said the US also wants to help all those Afghans to whom the US “has a special commitment”.

The US will hold Taliban leaders to their commitment not to let Afghanistan become a safe haven for terrorism and that the US will “remain vigilant in monitoring threats”.

But legislators  also have criticised administration statements that the Taliban has kept its word on helping in some departures since the withdrawal.