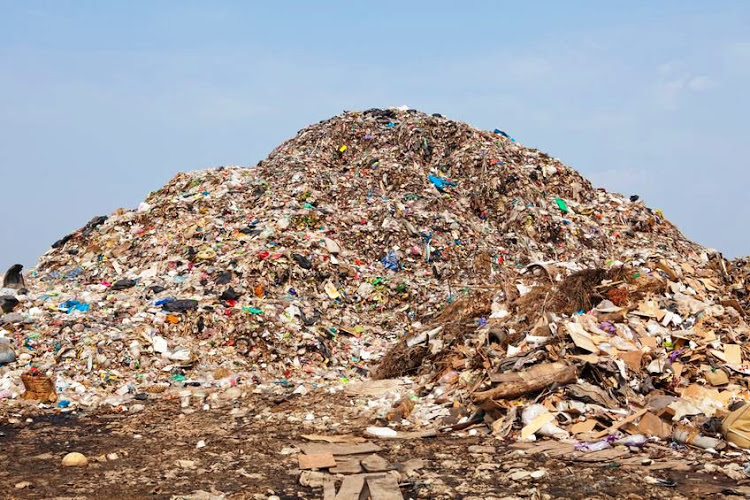 Pune — Until four years ago, rubbish disposal meant one thing to Savitri Bai Patil - stinking, putrefied heaps of trash spread around her neighbourhood in Pune, in western India.

But now the streets of the Ashok Meadows housing complex where she lives are clear, with workers picking up garbage from residents' doorsteps each day and turning some of it into electricity.

Since 2017, the complex has fed its food waste into a digester that converts it into biogas used to light the area's street lights, park, social club and gym.

“Clean energy from our rancid food leftovers, vegetable peels and other such throwaways? It is unbelievable how the concept of waste management has changed in the past few years,” Bai Patil, 62, told the Thomson Reuters Foundation.

Biogas generators like the one used in Ashok Meadows are now installed in more than 75 locations across India.

“It is a common sight to find overburdened landfills with garbage that grows by the day. But since these EnergyBins dispose of the waste at the source itself, the landfills are spared,” he said.

According to Ashok Meadows resident Rishika Mahalley, the complex's system - operated and maintained by residents - has helped solve the problem of how to dispose of the nearly a tonne of garbage produced each day by the complex's 550 homes and common areas.

Before the community bought the generator at the cost of 2.3-million Indian rupees ($31,000), it struggled with unreliable municipal garbage collection, which often left waste piling up, Mahalley noted.

But “we have now gotten rid of the buzzing flies, scourge of mosquitoes and other insects, besides of course the stink that came from the vats where the garbage would be left until the municipal vehicles arrived to collect them,” she said.

Each day, waste pickers paid by the Ashok Meadows residents put between 550kg and 600kg of food waste into the biogas plant, Mahalley said.

As the organic matter breaks down it produces a flammable gas made up mainly of methane and carbon dioxide.

The methane is then pressurised and piped into a power generator that burns the gas to convert it into 50 kilowatt-hours of electricity for the community each day.

Mahalley said before the plant was installed the complex spent about 550 rupees ($7.50) a day on electricity for street lights and other common facilities - a cost that has now virtually disappeared.

It also saves the residents up to 6,000 rupees ($82) every month on municipal garbage disposal costs, she said.

The biggest benefit of biogas plants - which are becoming increasingly popular around the world as a way to create climate-smart energy - is their ability to reduce emissions, said Jitendra S. Sangwai, a chemical engineering professor at the Indian Institute of Technology Madras in Chennai.

In particular, by capturing climate-changing gases that would normally be released into the atmosphere when organic matter decays in the open, such technology can curb emissions of methane gas, a potent short-term driver of climate change.

While many small-scale biogas digesters are in operation around the globe, for now the costs and climate benefits of large biogas generators like EnergyBins are limited to communities that can afford them, Sangwai added.

The systems can be expensive to buy, set up and maintain, he said.

Besides cutting electricity and rubbish-collection costs, some municipalities can tap into property tax rebates offered to residents who process their own organic waste, part of an effort to ease the heavy burden on landfills, he said.

“With that tax concession and the other savings, the generators pay for themselves in three years,” he said.

At the South Eastern Railways (SER) headquarters, a complex of offices and staff residences in Kolkata, a 1,000kg-capacity XWM biogas generator has been operating since January 2020.

It services a complex that houses 1,200 homes, a market, a social club and a hospital, which has a kitchen that generates food waste throughout the day.

Before the installation of the digester, a once-daily municipal collection was not enough to get rid of all of the food leftovers, said the hospital's senior dietitian Dr. Sanchita Mazumder.

“It was a nightmare to dispose of so much waste. We had to dig holes in the backyard to dump it,” she said, adding that stray animals would then dig up the garbage and spread it around the complex.

That has not been a problem since the biogas unit was installed, she said, noting that the gas generated from the kitchen's garbage has helped the hospital reduce its use of LPG gas for cooking by 80%.

Having a better way to dispose of waste has also cut littering around the complex, said Altaf Hussain, head of the SER conservancy department.

“The best part is how the community is learning to adopt clean garbage disposal methods,” he said.

When the US invaded Afghanistan in 2001, the global economy looked a lot different: Tesla wasn't a company, the iPhone didn't exist and artificial ...
Business
4 weeks ago

Scientists warn that time is fast running out to stop global warming from shooting past 1.5ºC
World
1 month ago
Next Article