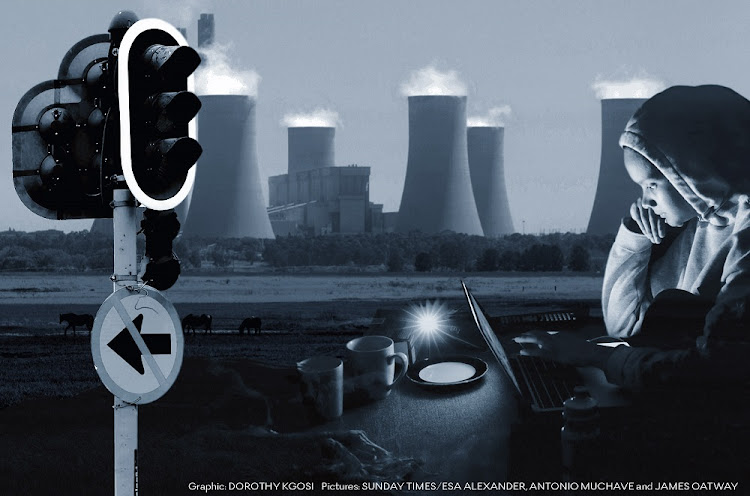 The urgency of the need to significantly reform SA’s electricity industry was highlighted yet again by the release of Eskom’s financial results for the 2020/2021 financial year. The state-owned enterprise cannot meet the country’s energy needs alone. Partnerships with the private sector, enabled by supportive government policies, are needed to create the necessary basic conditions for faster economic development in SA.

The government’s recent announcements on private electricity generation are a welcome step towards reforming the electricity supply industry and enabling investment in the new capacity the country urgently needs. But they are no silver bullet, and in the short term electricity is likely to remain a binding constraint on economic growth.

A reliable supply of electricity is critical if SA is to improve its growth rate.  Despite its best efforts Eskom will not be able to deliver this. Although the recent announcements have opened the market to more private generation, this will take time. Our modelling suggests we may not be safe from load-shedding before 2025. Putting the right measures in place to increase the pace and scale of alternative supplies would help hasten the end of load-shedding and unlock higher rates of investment and growth.

SA has traditionally relied on Eskom power, but most of its coal-fired power stations are now past the midpoint of their useful lives and were poorly maintained, while many of its new stations are defective. And while maintenance has been significantly increased over the past two years, power station performance has deteriorated to the point where the energy availability factor — the proportion of installed capacity that is available to generate — has fallen to 63% in the year to date, well below the 72% assumed in the 2019 Integrated Resource Plan (IRP).

Over time, better maintenance should reduce unplanned outages and improve the energy availability factor. However, Eskom having to decommission the oldest of its power stations within the current decade will offset this, and decommissioning could happen faster if it is a condition of any “green financing” Eskom might need to raise. Our base case analysis indicates that traditional supply from Eskom will lag demand by an average of 5,200MW over the next five years. Even the bull case still shows a 3,300MW shortfall, while the bear case leaves it closer to 7,500MW.

That gap can be closed only by alternative supply from non-Eskom sources. The government has only recently reopened its decade-old successful renewable energy independent power producer (REIPP) programme after a five-year hiatus, and is due to procure a further 6,800MW under this programme by 2023. It has also responded, at last, to calls to liberalise the licensing regime for private generation projects of up to 100MW, a move that should yield significant private investment in new supply over the coming decade.

However, renewable energy by its nature can be dispatched only part of the time, when the sun shines or the wind blows, unless backed up by significant investment in battery storage. And it will take time to build — probably at least two to three years on average. This is especially so given that significant hurdles still need to be cleared, including the streamlining of the registration process that is still required for private generation projects, as well as the “wheeling” tariffs to be charged if private power must be transported over Eskom or municipal grids. Our bear case assumes lengthy delays. But in our bull case scenario 5,000MW of new capacity is built and connected to the grid by 2026 and a further 4,000MW added by 2030.

That bodes well for the reliability of electricity supply in the longer term. But in the shorter term even if traditional and alternative new supplies are added we estimate that load-shedding will remain a concern until at least 2024. While anticipated new supply may appear to be adequate to meet demand, our estimates factor in the need for a 15% reserve margin to ensure reliable supply, and even in our bull case there is still a shortfall until 2023 — while in the bear case the shortfall continues out to 2030.

Electricity supply will therefore continue to be a powerful constraint on SA’s economic growth prospects, although a number of variables will influence how long and how acutely. Surprisingly, our econometric modelling exercise found that load-shedding itself has only a marginal effect on GDP, with every one unit increase in load-shedding reducing GDP by 0.001%. The constraint on the economy is better captured by electricity production. Our model shows that a 1% decrease in electricity production reduces domestic output by 0.66%, while a 1% increase lifts output by the same factor.

The logic is not too hard to guess. Investment decisions depend on the certainty of a secure supply of electricity; inadequate supply hampers investment and so lowers the economy’s growth potential. We find that relative to the base case annual GDP growth will on average be 0.1 of a percentage point higher in the bull scenario, while in the bear scenario it will be 0.6 of a percentage point lower.

If SA is to aspire to the bull rather than the bear case it clearly needs both an improvement in Eskom’s generation performance and the introduction of new alternative sources of supply, speedily and at scale. That will require swift and effective action from the electricity regulator and Eskom to ease the process of getting new private producers online and to get a workable wheeling framework and tariffs in place. It will also require significant investment in transmission and distribution, to strengthen the grid and ensure it is up to the task of connecting the many new players wanting to enter the generation space. It is crucial for the new regime to avoid being bogged down in the backlogs of the old.

In addition, it will require a predictable and transparent pipeline of projects. SA is gearing up for a sizeable push into new renewable energy at a time when the whole world is wanting to invest in green power. Global competition for inputs could be fierce. SA began to build local manufacturing capacity for renewables thanks to the REIPP programme, but the five-year gap in procurement halted that. A sustained green energy procurement pipeline would boost investment directly and indirectly, supporting the higher economic growth rate SA needs.

Finally, the IRP needs to become the “live” document it was always intended to be, updated on a regular and participatory basis to reflect a changing economic environment and the stronger emphasis on alternative supply. If we do the right things electricity will no longer be such a constraint, and the focus can shift to the other structural issues that prevent the economy from growing as it could.

• Ilkova is investment strategist, Rushton is a credit analyst and Redford is an economist at RMB.

How to fund the future

How to fund the future