Backlash against overseas workers is back on Singapore’s political agenda 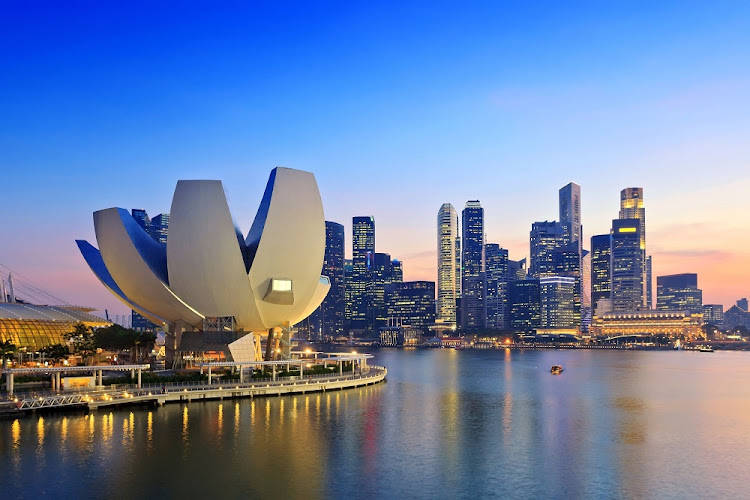 A view of the Singapore skyline from Marina Bay. Picture: 123RF/NOPPASIN WONGCHUM

Singapore’s success as a financial hub has long been tied to its openness to global talent. But as the city-state battles to recover from its worst recession, a backlash in some quarters against overseas workers has again forced its way up the political agenda.

Opposition politicians are stepping up scrutiny of jobs taken up by expats, as this perennial debate about Singapore’s reliance on foreign labour sharpens. Some 70% of residents called for strict limits on the number of foreigners coming into the country, according to a survey by the Institute of Policy Studies released earlier this year, even as ministers have recently tried to drive home the importance of attracting talent. More debate in parliament is expected in the coming months.

“We have about four to five local universities that produce so many graduates every year. Things aren’t like 60 years ago,” said Kian Peng, a freelance photographer. “Is the government sure that we still need so many foreign PMEs?” he said, using a common abbreviation for white-collar workers including professionals, managers and executives.

For many foreign companies, Singapore’s low taxes and modern infrastructure make it one of the most attractive places in Asia to do business —  particularly as Hong Kong gets caught in the crossfire of US-China tensions. But Singapore’s growing angst about foreign workers, an issue that’s particularly heated in the local press and social media, is putting the government under pressure to explain its approach and could complicate hiring decisions, right as the country is trying to stoke post-pandemic growth.

In response to the backlash, two top ministers issued statements in parliament this monthdefending the government’s balancing act of promoting local jobs while ensuring international talent can help the economy thrive.

“We must not inadvertently shake the bedrock that has enabled Singapore to succeed,” health minister Ong Ye Kung, a former trade negotiator, told lawmakers. “We cannot survive, we cannot earn a living, without being connected to the world, without being welcoming to the world.”

Singapore’s central bank chief has also weighed in on this debate. In a series of lectures that ended this week, Ravi Menon, the MD of the Monetary Authority of Singapore, said on Wednesday that even though net jobs for locals rose and there were plenty of vacancies during the first quarter, there are still many others who are unemployed. While that feeds into concerns over jobs, he also noted that the economy has benefited from the contributions of foreign talent.

“We are a labour-short economy facing acute skills shortages that we have had to rely on well-qualified foreigners to fill,” said Menon, who was speaking in a personal capacity. “Let us also acknowledge that many foreigners who come here to work are highly qualified, passionate about their work, and decent people. They work hard, keep late nights, deliver good products and services, and contribute to our society.”

Still, the environment has undeniably shifted.

Banks, fund managers and consulting firms are among companies that have come under heightened scrutiny as the government cracks down on suspected preselection of foreigners for jobs or not giving Singaporeans a fair chance.

The framework for granting employment passes has been tightened, with the minimum qualifying salary threshold for executive and mid-level roles rising in the past year.

Unlike before, foreigners living as dependents now need a company-sponsored visa to work — a contrast to employment rules in Hong Kong where dependents of permanent residents and foreign professionals face no prohibitions. And while the government introduced a two-year visa to attract global technology professionals last year, the programme is not open to mid-career talent that could compete against locals for jobs.

The shift is also being felt in blue-collar industries. The government said during the budget in February it will reduce the proportion of foreign workers in the manufacturing sector to 15% by 2023 from the current 20%. Two years ago, it announced it would reduce foreign-worker quotas for the service industry to 35% by 2021 from 40% in 2019.

“To an extent, the economic effects of the pandemic have muted the effects of these restrictions,” said Devadas Krishnadas, CEO of Future-Moves Group, a boutique consultancy focused on public policy and corporate strategy. “However, should these restrictions remain in place during the economic recovery, it will be a cause of frustration in the sourcing of the best available talent from a global hinterland.”

Covid-19 related travel restrictions, including delays in processing entry permits, are compounding hiring challenges, according to the Singapore International Chamber of Commerce.

“City-states are fragile economic units, they need a vibrant economy to survive,” said Victor Mills, the chamber’s CEO. “We all need to recognise that this is about team work, local and foreign talent working together for the benefit of their companies, their customers and for society at large.”

Nevertheless, foreign labour has long been a flash point in Singaporean politics. A decade ago, discontent over immigration saw the ruling party get 60.1% of the popular vote, its worst ever election result.

In last year’s general election, the leading opposition party, the Workers’ Party, which secured its best-ever performance with 10 out of 93 parliamentary seats, published a manifesto that included tightening employment pass approvals and giving firms incentives for hiring citizens.

Foreign labour has been a hot-button issue during elections “due to their far-reaching impact, including contributing towards increasing perceptions of unfair job opportunities for locals, an overcrowded transport system as well as rising property prices,” said Nydia Ngiow, Singapore-based senior director at BowerGroupAsia, a strategic policy advisory firm.

The number of permanent residency visas granted — an immigration status that is second to full citizenship — has been falling, hovering around 30,000 since 2010 from a high of 79,167 in 2008.

The number of employment passes — issued for professional roles that pay at least S$4,500 ($3,323) per month — fell 8.6% in 2020 from the previous year, according to Ministry of Manpower data. That’s in part due to the pandemic-induced recession and the tighter restrictions.

According to a midyear business sentiment survey by the British Chamber of Commerce Singapore, the number of foreigners working in the city state contracted by 18% in the first half of 2021.

The decline isn’t enough for some.

“While it’s undeniable that there is a need for foreign workers in a lot of industries and jobs, it’s inevitable that they have replaced Singaporeans in some sectors such as technology,” said Ethan Tan, a fresh graduate looking to pursue postgraduate studies, summing up the view of those in his social circle. “The government must accept that what they thought was balancing, is obviously not working as well as it should.”

According to the study released in March by the Institute of Policy Studies, some 43.6% of the 2,012 Singapore residents said they believed immigration increases unemployment, though this was lower than those polled in Hong Kong, Malaysia and Taiwan. As for the 70% in Singapore who sought strict entry limits for foreigners, this figure was higher only in Malaysia and Taiwan, out of nine countries polled.

In the July 6 parliamentary debate, health minister Ong said foreign professionals “help cushion the impact on the local workforce when times are bad” and “bear the brunt of job losses” during a downturn. During the pandemic for the 12 months to April this year, the number of employment pass holders dropped by about 21,600, he added.

Even so, the country’s citizen unemployment rate hit 4.9% in the third quarter of 2020, the highest since the same period in 2009, government data show.  This rate fell to 3.8% in the second quarter, according to preliminary data on Friday from the manpower ministry. It said that tightened virus measures and flare up in Covid-19 cases globally had ‘dampened hiring sentiments among companies.’

Mustafa Izzuddin, a senior international affairs analyst at consultancy firm Solaris Strategies Singapore, said the tightening of rules around foreign labour shouldn’t be read as the country closing its doors.

The government maintains a “delicate balancing act, between people and businesses” and such policy tweaks would remain necessary as it seeks to find common ground, he said.