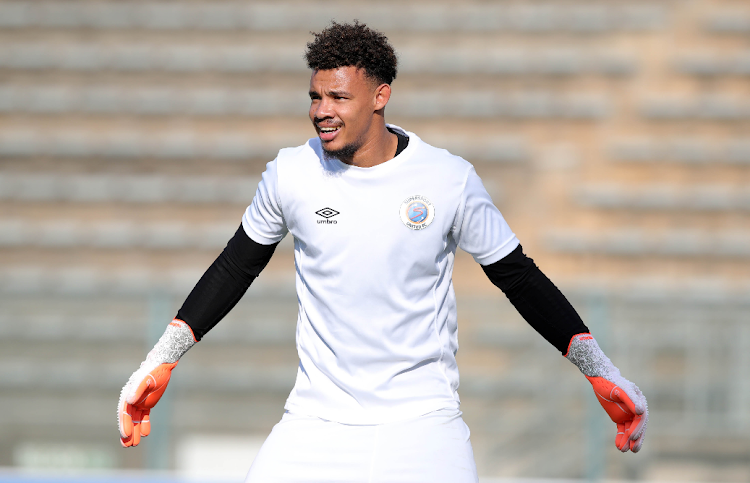 As expected, Bafana Bafana captain and goalkeeper Ronwen Williams has joined Mamelodi Sundowns from SuperSport United in what is believed to be one of the biggest transfer deals of the Premier Soccer League (PSL) era.

SuperSport confirmed the worst-kept secret on Thursday: they have agreed terms with Sundowns for the permanent transfer of Williams with immediate effect for an undisclosed fee.

It is the end of an era for the 30-year-old as he leaves SuperSport after 18 successful years. He joined Matsatsantsa aged 12 after being scouted in a youth tournament in 2004 and served the senior team with distinction in 11 seasons since his promotion in January 2011.

In his parting shot, Williams thanked everyone at the club where he won seven trophies and played more than 350 games.

SuperSport United FC and Mamelodi Sundowns have agreed terms for the permanent move of Bafana Bafana and club captain Ronwen Williams with immediate effect for an undisclosed fee.#SpartansUnite pic.twitter.com/w48dFAQ178

Club CEO Stanley Matthews hailed Williams as a servant of SuperSport. “Ronwen is a beloved son and legend of the club who has entrenched his place in the history books as the longest-serving and most-capped player in the club’s history.

“It’s rare to find loyalty in football any more, which makes our 18 years with Ronwen truly remarkable. We are very proud that we could produce a player from the tender age of 12 and enable him to reach his childhood dreams by playing for and captaining his club and country.

“Ronwen leaves us with trophies in the cabinet and very special memories, and we wish him every success in life and for his future career at Mamelodi Sundowns.”

Not even a teen yet, Williams left his home in Gqeberha to join SuperSport’s academy, where he worked his way through the ranks and into the first team.

He made his senior debut in a Caf Champions League match against Matlama of Lesotho and made his PSL debut four months later against Free State Stars.

The keeper has nearly 30 Bafana Bafana caps and was appointed captain by coach Hugo Broos in August 2021.