Standard of play in country’s premier league fell alarmingly in the past few seasons, and goal-scoring is a problem 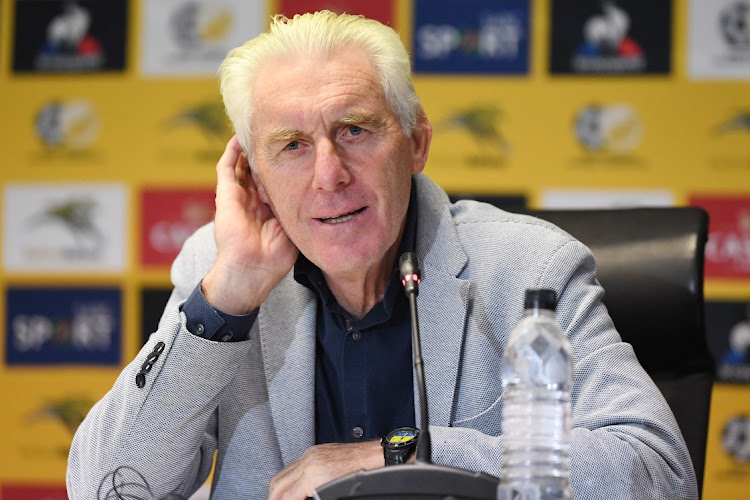 So Hugo Broos has apologised for “being disrespectful to the nation”.

The Bafana Bafana coach ruffled many feathers with his candid observations at a media conference last week that SA does not have the quality of players that countries like Ghana, France and Morocco — conquerors of his team in recent matches — have at their disposal.

He may as well have continued to name other African countries like Senegal, Ivory Coast, Algeria, Nigeria and Tunisia too.

The Belgian also rightly bemoaned the quality of football in the PSL (Premier Soccer League), saying the league is not producing enough top-quality players to make Bafana competitive against the top African nations. Again, he was right. The standard of football in the country’s top flight has declined alarmingly over the past few seasons.

Many coaches have complained about professionals in their mid-20s still battling to master basic technical skills that they should have been taught at youth level. Even Kaizer Chiefs coach Arthur Zwane was moved to say after his team’s 2-2 draw against Swallows FC in their last game of the season that his team had players who were not good enough to play for the club.

For one, goal-scoring is a problem in the PSL, as it has been for several seasons now. Half the teams in the league scored less than 30 goals over the course of the season, which works out to an average of less than a goal per game. Only four of the league’s 16 teams managed to ripple the net 35 times or more in their 30 games. Often this is due to team’s being set up not to lose rather than going out to win games.

Equally concerning is that local strikers have won the Golden Boot only once in the past four seasons when SuperSport United’s Bradley Grobler claimed the accolade in the 2020-21 season. Namibia’s Peter Shalulile walked off with the gong twice in the past three campaigns, sharing it with Malawi’s Gabadinho Mhango in the 2019/2020 season.

Similarly, the goalkeeping department is problematic. Thankfully Bafana captain Ronwen Williams, who turned in top-class performances in the encounters against France and Morocco, is on top of his game. But besides the SuperSport United skipper, only five local custodians — AmaZulu’s Veli Mothwa, Sage Stevens of Stellenbosch, Brandon Petersen and Bruce Bvuma at Kaizer Chiefs, together with Swallows’ Jody February — have been regulars for their respective teams.

To add insult to injury, Cape Town City’s Angola international Hugo Marques won the goalkeeper of the season award in the past campaign while Mamelodi Sundowns custodian Dennis Onyango, a Ugandan international, claimed the award in the previous season. Of course, while these awards show up the local players, they also illustrate the undeniable value that the foreign contingent adds to the local game.

The quality of the national senior team is often a reflection of a country’s development structures, an area where SA football falls lamentably short. As former Manchester United assistant manager Carlos Queiroz told me during the club’s preseason tour to SA in July 2006.

“Even if Safa bring Alex Ferguson or Jose Mourinho to coach Bafana Bafana they would still struggle because the structures simply aren’t there,” said the man who qualified Bafana for the 2002 World Cup before quitting just a few months before the tournament after Jomo Sono was appointed technical director.

It was during his tenure as Bafana coach between 2000 and 2002 that the Mozambique-born Queiroz presented Safa with a 10-year development plan that sadly was never implemented.

The absence, or at best the failure, of the development paths of top junior players is a cause for serious concern, as illustrated by the lack of continuity between the junior national teams and the senior team.

Only Williams (who was included as one of the three overage players), Goodman Mosele and Evidence Makgopa were part of last year’s under-23 squad that played at the Tokyo Olympics.

While many are upset with the 70-year-old Belgian for using a public platform to lay bare problems hamstringing SA football, his comments have started a long-overdue conversation about how to improve the quality of the game in this country.

There’s no question about the natural talent that abounds in this country. It’s almost criminal to see it going to waste. What’s now required is for top former players, coaches, administrators and any other role players to arrange an indaba where they could devise concrete plans to harness and develop that talent. They owe it to the country.

Before his departure, the coach still enjoyed the backing of the club’s hierarchy, notably its president
Opinion
2 weeks ago