While SuperSport United coach can count on support, Chippa United has a revolving door reputation 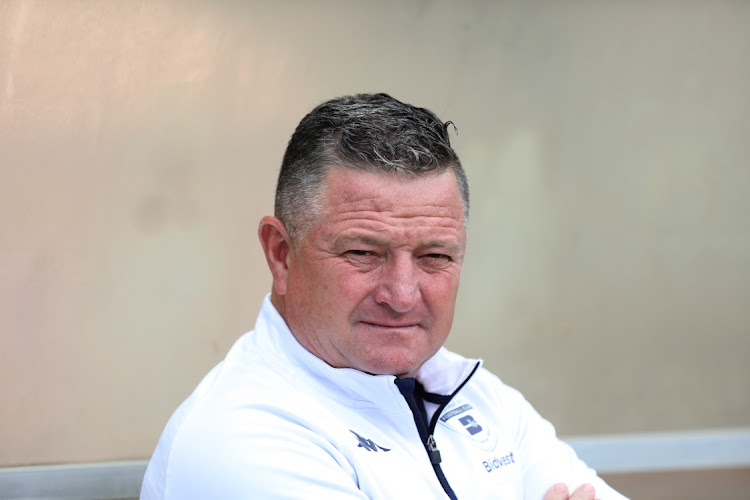 The appointment within four days of each other of Gavin Hunt as SuperSport United coach and his protégé Daine Klate at Chippa United are refreshing.

Klate will take over the job vacated by Hunt, his coach at SuperSport and BidVest Wits, who was fired last November after a brief, 10-match stint with the Chilli Boys. The four-time league champion, who was replaced temporarily by Kurt Lentjies, returns to his old stamping ground at Matsantsantsa where he had great success in his six years with the club between 2007 and 2013.

While Hunt can count on the support and latitude to put his feet under the table at a club that he led to three consecutive league titles between 2008 and 2010, one hopes the Gqeberha-born Klate will be afforded the same luxury at a club that has developed an unfortunate reputation for its well-oiled and smooth operating revolving door for coaches.

The ascent of the likable 37-year-old former SuperSport and Orlando Pirates winger to a top-flight coaching post is a welcome development, especially since he has served his apprenticeship over the past two seasons with the club’s Diski Challenge team.

The three years he has spent with Chippa United as a player and then coach of the reserve side should at least give Klate a great understanding of the club’s culture and the thinking of his eccentric chair, Chippa Mpengesi.

Guiding the reserve team to a fourth-place finish in last season’s Diski Challenge and to a semifinal spot in the Diski Shield while obtaining his Uefa B licence seem to have been enough to persuade Mpengesi to promote the serial winner to the senior coaching role.

As the country’s most decorated player with six league winner’s medals adorning a bulging trophy cabinet, Klate brings to the job a winning mentality that he will seek to transfer to his players.

Encouragingly he has also committed to constantly updating himself with the latest trends in the game. As he tweeted a few days ago, “It’s essential in the modern game not only [to have] qualifications but moving with the times the only thing that remains the same is the ball — it remains round.”

The former winger who hails from the rich talent mine of Gelvandale that produced Bafana players such as Frankie Schoeman, Elrio van Heerden and Ronwen Williams with Proteas batting stars Ashwell Prince and Alviro Petersen, is also the proud owner of four Top 8 winners medals, one Telkom Knockout title and three national cups (Nedbank and Absa) that he won in a highly successful 16-season playing career that started with SuperSport United in 2004 and ended with Chippa United in 2019.

It was under Hunt that Klate won four league titles, three with SuperSport and one with BidVest Wits, and the pair have maintained a father-son bond, with the senior coach reminding his former player that his door is always open for advice. Whether that relationship will continue in the lead-up to SuperSport-Chippa clashes remains to be seen.

Hunt, who turned 58 on Monday, has been kicking his heels on the sidelines after his contract with Chippa was terminated in November following a torrid five-month spell with the Gqeberha-based club in which he could only secure a single victory in 10 games.

His surprise move to Chippa came shortly after a disappointing eight-month stint with Kaizer Chiefs. A return to the stable and familiar surroundings at SuperSport United may just provide the launching pad that Hunt needs to remind SA fans of his coaching nous.

The former Hellenic right-back’s reputation took a knock from those two unsuccessful coaching stints but he now has the chance to redeem himself as one of the country’s top coaches. Not that his ability was ever in doubt.

Hunt will face a different challenge at SuperSport where he inherits a group of young players who will have to adapt to his methods and tactics. At least he will have as a sounding board old ally Andre Arendse, who took over as interim coach after the sacking of Kaitano Tembo in April.

He faces the challenge of having to jack up a Matsatsantsa side that only just sneaked into the top eight ahead of Golden Arrows on goal difference. While they have won a few cups in the past few seasons, their performances in the league have been consistently below par.

Hunt, who spent a few days as a keen observer at Manchester City at the end of April, says he’s refreshed and raring to go again.

As Hunt returns and Klate steps up to the top flight it should be a cause for concern that only four clubs — Mamelodi Sundowns, Cape Town City, Stellenbosch FC and newly promoted Richards Bay — will have the same coaches with who they started last season. This surely can’t be good for continuity and for giving the coach enough time and support to build and develop the team.