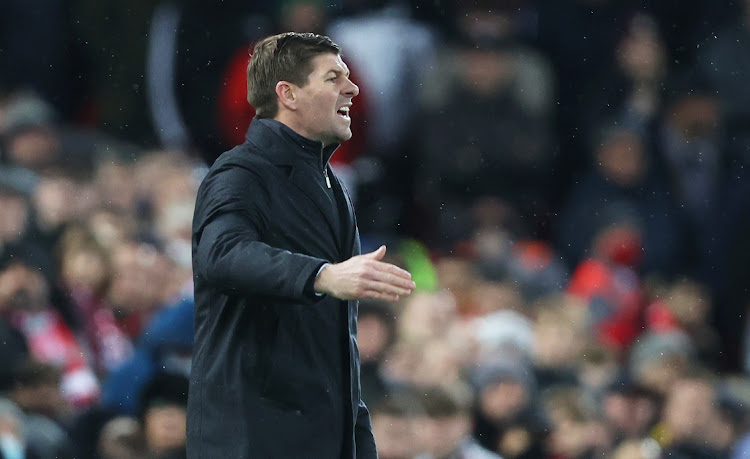 London — Manchester United interim manager Ralf Rangnick will be well aware he has a huge job ahead even though his team has picked up six points from his two games in charge.

Another Premier League manager was in the news at the weekend with Steven Gerrard’s return to Anfield as boss of Aston Villa. The former Reds midfielder, however, sidestepped all the obvious questions, instead focusing on his job at Villa. 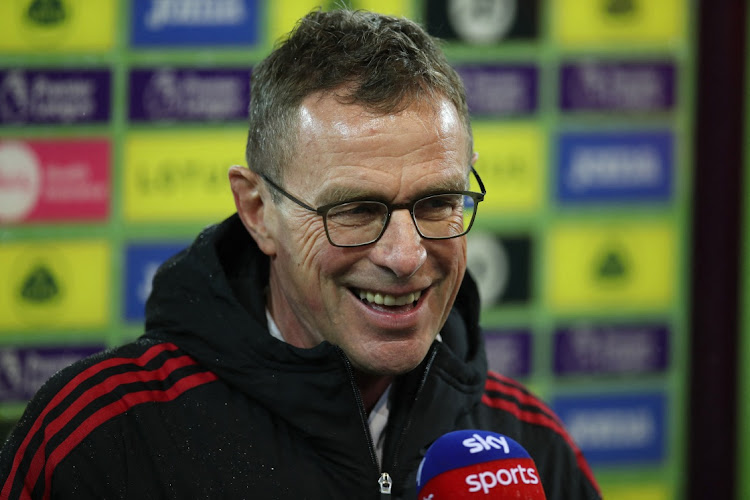 Rangnick has work to do to overhaul Man United:  The German can take positives from their 1-0 wins against Crystal Palace and Norwich City in the Premier League under his tenure, but a six-point haul from the two games flattered their performances.

United showed signs of defensive improvement after Rangnick took charge, albeit against modest opposition, with his all-out pressing tactics consolidating a shaky rearguard which leaked goals under his predecessors.

However, United looked bereft of cutting edge up front in both games and though Rangnick may argue the team showed the patience they had lacked, he will be aware that moving up a level will not be an easy task.

Sterling joins 100 club in timely manner: Raheem Sterling is not always the first name on the Manchester City team sheet, but he made the most of his chance against Wolverhampton Wanderers on Saturday to join an elite group of Premier League players.

The England international’s 66th-minute penalty was enough to earn his side a sixth successive league victory as Sterling showed great composure under pressure, slotting home the spot kick down the middle.

City boss Pep Guardiola was full of praise for Sterling and his willingness to step forward and take the penalty, given he had missed his last three, with the strike crucial to earn a below-par City victory against a determined Wolves side.

Gerrard handles Anfield with style: One-club players are such a rarity in the modern game that when they enter management with another team, there is a risk that the club’s fans can be sceptical of their commitment to them.

Few players are as connected with one club as much as Gerrard was with Liverpool and, with many observers feeling he would one day return to Anfield as manager, his move to Aston Villa was widely viewed as a “stepping stone” switch.

But Gerrard is astute enough to know that fans of a club with a rich history like former European champions Aston Villa would not take kindly to their club being viewed as merely a stopping-off  point on the way to the “real job”.

So Gerrard was right to keep the focus of his return to Anfield on Saturday with his current club — refusing to be drawn into nostalgic talk of his time at Anfield and barely acknowledging the applause and chants from the Liverpool faithful.

After the game he remained resolutely on message, ducking invitations to talk about the “emotions” of the occasion.

Gerrard may well end up as Liverpool manager one day, but his chances of that appointment are much higher if he succeeds in his current role, and that requires keeping the Villa fans behind him.

Everton home relief was all too brief: There was a glimmer of relief last Monday when Everton came from a goal down to beat Arsenal, but manager Rafael Benitez is back in the firing line after Sunday’s loss at Crystal Palace.

While he might argue Everton had a chance to leave London with at least a point, they only performed for the last 20 minutes of the 3-1 defeat and dropped down to 14th in the standings.

Everton looked timid and bereft of confidence as Palace dominated the first half, going ahead at halftime and then 2-0 up after an hour thanks to Everton’s defensive frailties.

Benitez prides himself on his defensive work and will be mortified by their sloppiness at the back, and irritated by the petulant response of Richarlison to being substituted. It stoked up the travelling support.

But it was replacement Salomon Rondon who pulled one back and was involved in two more excellent chances to level.

But in the end Palace slotted in one more — courtesy of another defensive slip — heaping pressure solidly back on the Everton manager.

It was always going to be tough for a former Liverpool boss to win over Everton supporters, even with his track record, and a run of one win in their past 10 matches means he is now feeling the heat.

United’s Ralf Rangnick has been hailed as a tactical innovator of the intense pressing game, but his first outing was not as exciting as it was ...
Sport
8 months ago

League leaders are just one point ahead of Man City, making for a tough race to the finish
Sport
8 months ago