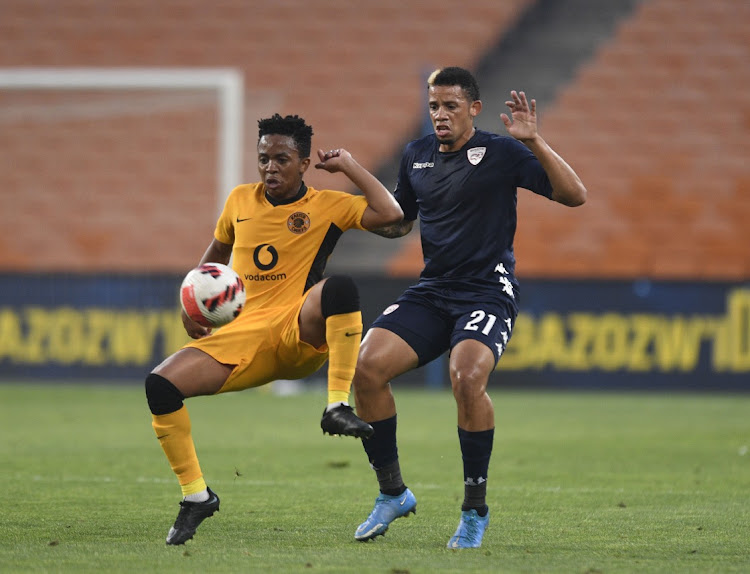 Nkosingiphile Ngcobo scored a superb long-range strike and then laid on a second goal to help much-changed Kaizer Chiefs to a deserved 2-0 win over Sekhukhune United in their return to Premier Soccer League (PSL) action after a two-week Covid-19-enforced break at the FNB Stadium on Sunday.

Ngcobo, restored to the starting line-up after a stop-start season to date, was given too much time and space to shoot from 25m and his low drive arrowed into the bottom corner of the net for a first goal of the campaign.

He then laid on a second for Phathutshedzo Nange later on after Sekhukhune dallied at the back and Ngcobo kept his cool to provide a simple tap-in chance for the midfielder, who netted his first goal for the Soweto club.

Chiefs move up to second on the table, 12 points behind leaders Mamelodi Sundowns and potentially with a game in hand if they can persuade the PSL that the two games they missed due to the Covid-19 outbreak in their squad can be played at a later date.

They had assistant coach Arthur Zwane running things from the dug-out, with Stuart Baxter isolating, and were forced into six changes to their starting line-up from the side that played in the 3-1 victory over Swallows FC in November.

Those who remained were goalkeeper Daniel Akpeyi, defenders Daniel Cardoso and Thabani Dube, midfielder Happy Mashiane, and forward Bernard Parker, but the home side were without their in-form front duo of Keagan Dolly and Khama Billiat.

They were able to hand a first start of the season to Colombian striker Leonardo Castro after his long-term injury woes, while defenders Siyabonga Ngezana and Siphosakhe Ntiya-Ntiya also got their first run-out from the opening whistle.

Former Amakhosi stalwart Willard Katsande played his first game against Chiefs since a 4-0 loss with Ajax Cape Town in 2011 but was fortunate not to receive a red card early in the second half when his studs-up challenge on Njabulo Blom probably warranted one.

There were many questions for Chiefs coming into the contest:  who would they be able to field, what the fitness levels of the players would be to last the 90 minutes and whether they would have cohesion to their play.

Any concerns with the latter were allayed in the first half as the home side settled into their rhythm quickly and dominated possession, showing energy and endeavour that was admirable given the circumstances.

Sekhukhune offered little in the way of attack as they lost a sixth game of the season, with their best chance falling to former Orlando Pirates winger Thabo Rakhale, who forced a good save from Akpeyi with a shot from the edge of the box that was threatening the top corner.

Chiefs will have a week to bring more of their ill and isolating players back into the fold and will hope to have close to a full-strength squad when they travel to Royal AM on Sunday, before they finish the first part of their season at home to Maritzburg United on December 22.