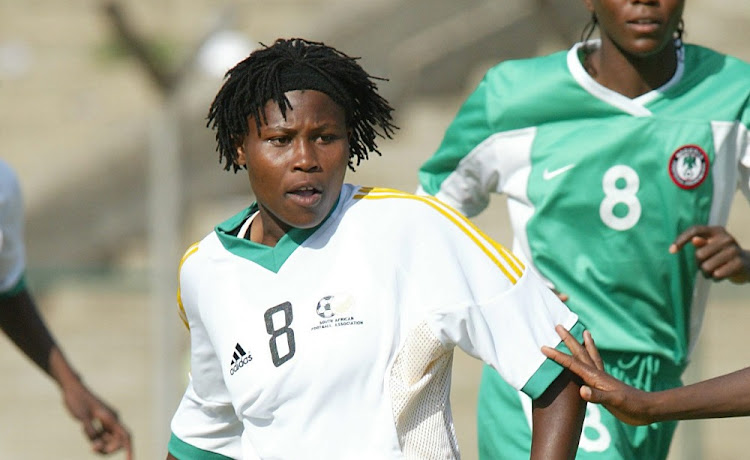 Former Banyana Banyana midfield stalwart Makhosi Luthuli has died after a long battle with cancer. She was 46.

Luthuli‚ a star of the women’s national team of the 2000s with the generation of Noko Matlou‚ Portia Modise and current Banyana coach Desiree Ellis‚ died in hospital in Scottburgh‚ on the KwaZulu-Natal South Coast‚ on Monday. She was originally from Marianhill‚ outside Durban.

Luthuli had been diagnosed with lymphoma‚ a cancer of the lymphatic system‚ in 2011. She had suffered greatly with a large tumour on her face which she finally had removed in 2018.

“The thing that always sticks in my head was ... we were leaving for Nigeria for a Nations Cup‚ and I think it was her sister who passed away and Makhosi couldn’t come. And I remember how upset we all were because she was key in the team‚” Hilton-Smith said on Tuesday.

“We actually got a call on Saturday when we were watching the final of the Cosafa Cup to say that she was fading fast. And we wanted to try and do a Zoom meeting with some of her family‚ but then I heard she passed away.

“But‚ you know‚ she had this terrible face cancer. And then she had a reprieve that took major surgery that took months and months. And she kind of came right — all that terrible swelling was gone.

“But then it would appear the cancer returned and really hammered her in the last month. But sometimes things are a blessing in disguise‚ and I think this is one of those times.”

“From KZN [KwaZulu-Natal]‚ she was one of the stars who came out at the same time as Veronica Phewa‚ Portia‚ that generation‚” Hilton-Smith said. “She was a great product of KZN. And a lovely person — the nicest person you could ever meet. Calm and very gentle.”

Luthuli’s 2018 operation‚ the Durban-based Highway Mail reported in 2019‚ was made possible with help from the NGO Operation Healing Hands. Dr Frits Hoogendijk headed a team of health professionals who removed the growth and built and implanted a new prosthetic upper jaw for her.

She had started an academy in Lahee Park‚ Pinetown, the Future Stars Academy‚ which trained young girls and boys.