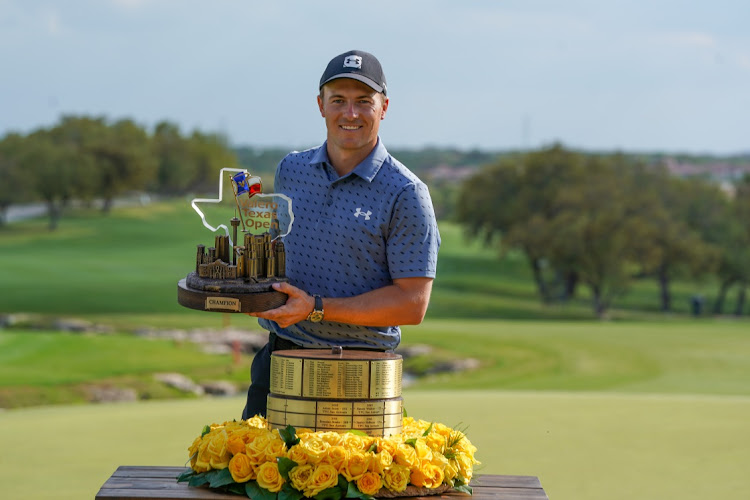 San Antonio — Jordan Spieth’s long journey between trophy presentations ended on Sunday not all that far from home with a two-shot victory in the Valero Texas Open at San Antonio.

The Dallas native last won at the Open Championship in England in 2017. He capped off a nearly four-year run between titles by shooting six-under-par 66 in the final round and finishing 18-under 270 for the tournament over the TPC San Antonio AT&T Oaks Course.

Charlie Hoffman finished in second place at 16-under, shooting an identical six-under 66 on Sunday. England’s Matt Wallace (70) resided in third place at 14-under, while Lucas Glover (66) finished in fourth place at 12-under and India’s Anirban Lahiri (69) settled for fifth place at 10-under.

“There were a lot of times when I wasn’t sure I would be here, talking about [a victory],” Spieth said. “I never really doubted myself to be able to get back to where I wanted to go, but when you lose confidence, a lot of times it’s hard to see the positive going forward. I just kept my head down.”

Spieth and Wallace were tied for the lead at 12-under par when play started on Sunday, with the former making a charge early. He had birdies at the second and third hole before a bogey at No 4, but recovered with two more birdies at numbers 6 and 8.

Spieth made the turn to the back nine with a two-shot lead over Hoffman and increased that to three with a birdie at the 422-yard, par-4 12th hole when he reached 16-under. He did just enough from there, and when Hoffman drew to within one shot, Spieth sealed the victory with a 5-foot birdie putt at No 17 before a par-5 on the closing hole.

“I felt really light, like I wanted to smile and come out and have some fun,” said Spieth, who failed to win earlier this season when he had 54-hole leads at Scottsdale, Arizona and Monterey, California.

“That’s been a challenge for me on these Sundays, when I have been in contention, is that early in the round I didn’t come out with a lightness to me. Today I did and it was nice. It’s been a long road.”

A three-time Major winner, Spieth will now try to turn the clock back even further in an attempt to reprise his victory at The Masters in 2015.

His victory at Texas makes him one of the favourites for the first major of 2021, which begins Thursday at Augusta.

Hoffman, the 2016 Texas Open winner, needed a victory to earn a spot at The Masters. He gave himself a chance when his birdie putt from the edge of the green at No 16 pulled him to within a shot of Spieth’s lead. But the deficit was two shots again when he had a par at 17, while Spieth birdied.

Hoffman stayed close with three birdies on his first six holes of the day, then had two more birdies at holes  13 and 14 before another at the par-3 16th hole. Wallace was unable to stay with the leaders, as all three played in the final group of the day. He shot an even-par 36 on the front nine. He had 11 consecutive pars before birdies at holes 16 and 17.