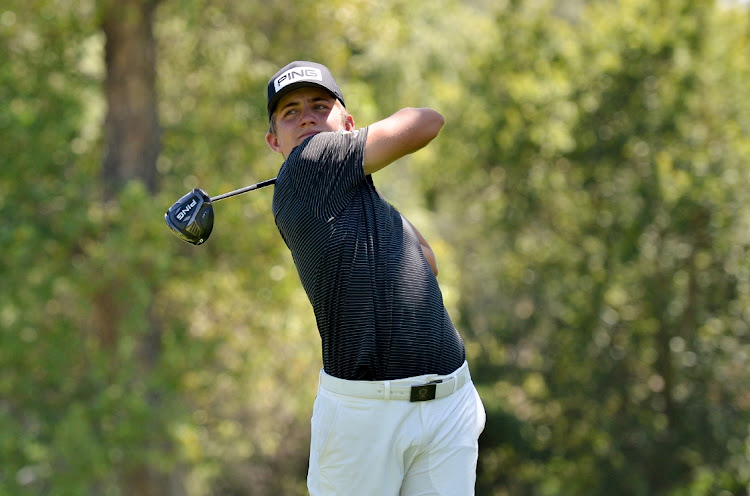 SA’s No 1 amateur, Christiaan Maas, will have the opportunity to test himself against the Sunshine Tour professionals in this week’s Serengeti Pro-Am Invitational at Serengeti Estates, which tees off on Tuesday.

The 18-year-old GolfRSA national squad star and reigning SA amateur champion will find himself in a field that includes a wealth of in-form professionals who are all contributing to a run of low scoring on the Sunshine Tour over the past three tournaments.

The past two halfway cuts have been at six under par and five under par. Two golfers, Neil Schietekat and Daniel van Tonder, have shot nine-hole scores of 29. In fact, Schietekat posted a back nine of 29 for a 62 in the second round of last week’s Gauteng Championship and still only led by one shot.

This week’s tournament includes two of the past three champions on the tour in Jaco Prinsloo and Jbe’ Kruger. Schietekat, who narrowly lost out to Kruger in last week’s Gauteng Championship, is back to try again.

The experienced Hennie Otto is back at the venue where he won the SA Open in 2011, and in fine form as well having finished fourth in two of his past three tournaments.

The equally experienced Jean Hugo comes into this week with finishes of fourth and ninth in his past two tournaments. And Tristen Strydom continues his push for a maiden Sunshine Tour victory, having not finished outside the top nine in his last three tournaments.

It will be the perfect competitive environment for Maas to test himself. Former Sunshine Tour professional Nico van Rensburg will be keeping a close eye on his progress as well. Van Rensburg has long believed Maas is the next big star of SA golf.

“Christiaan is the first golfer I’ve seen that’s in Ernie Els’s calibre with his short game and his ability to be really creative in this department. He’s now close to six feet tall and his swing is so easy. He’s got a good head on his shoulders and is very strong mentally,” he says.

The format for this week’s five-round tournament will have the professionals compete on their own for the first and second rounds, followed by a cut to the top 50 and ties. They then take to the Serengeti’s famed Whistling Thorn Par 3 course for their third round as well as the first round of the pro-am.

Winner, Jake Roos and Daniel van Tonder all finished regulation play tied for the lead on 25 under
Sport
1 month ago

Strangely, the sport has benefitted from Covid as it offers conditions ideal to mitigate the pandemic
Sport
1 month ago