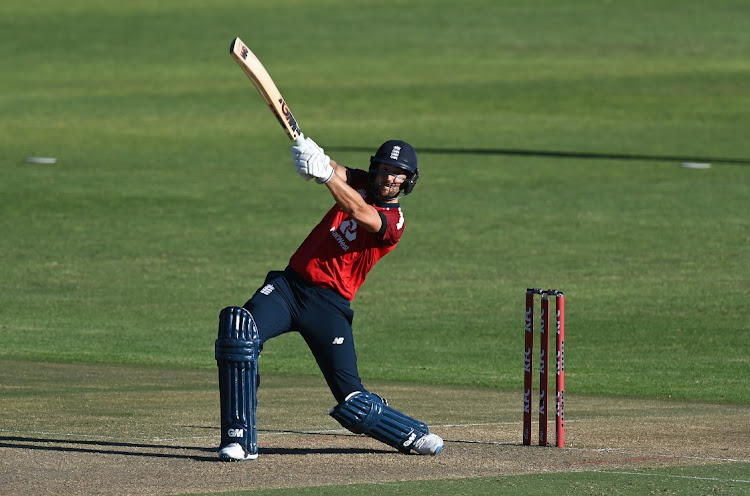 Dawid Malan returned to his hometown on Sunday to steer England to a four-wicket win over SA in their second Twenty20 international in Paarl as they clinched the three-match series.

The 33-year-old Malan, who was born in England but grew up in the Winelands town and made his first-class debut at Boland Park, scored 55 off 40 balls to help England reach the modest target of 147 set by the Proteas, beating their hosts for the second time in three days.

Captain Eoin Morgan saw England to victory with a ball to spare as they reached their target having lost six wickets, after SA, put in to bat, laboured to 146/6 on a slow pitch.

Malan and Morgan compiled a 51-run partnership to haul England back into the game after a career-best 3/19 spell for home spinner Tabraiz Shamsi had SA well placed to level the series.

Shamsi claimed the wickets of hard-hitting Jos Buttler, Jonny Bairstow and Ben Stokes to offer the home side a chance of success with England still some 60 runs short of the target with six overs left.

Malan, however, had other ideas and together with Morgan cleverly thrashed Lungi Ngidi and Kagiso Rabada in the last four overs to turn the tide back their way.

“That wicket played so differently to what I was used to, but it was so nice to be back home. It was a pity no crowd was allowed and my parents couldn’t come and watch,” said Malan.

SA captain Quinton de Kock made a promising start for his side, but his 30 runs off 18 balls proved to be their top score. The home team found themselves choked by the English bowling, especially spinner Adil Rashid who took two wickets in successive balls and finished with 2/23 off his four overs.

Jofra Archer again proved miserly in the powerplay with tight bowling and Stokes recovered from an initial fumble to run out George Linde for 29, ending a 44-run sixth-wicket partnership with Rassie van der Dussen that had given some respectability to the SA tally.

“It was a much improved performance with a lot of positives,” Morgan said.

The two countries meet again on Tuesday at Newlands where England beat SA by five wickets with four balls to spare in the opening T20 international on Friday.

South Africans won’t be taking the knee in the cricket series against England, but the issue remains sensitive and divisive
Sport
10 months ago
Next Article