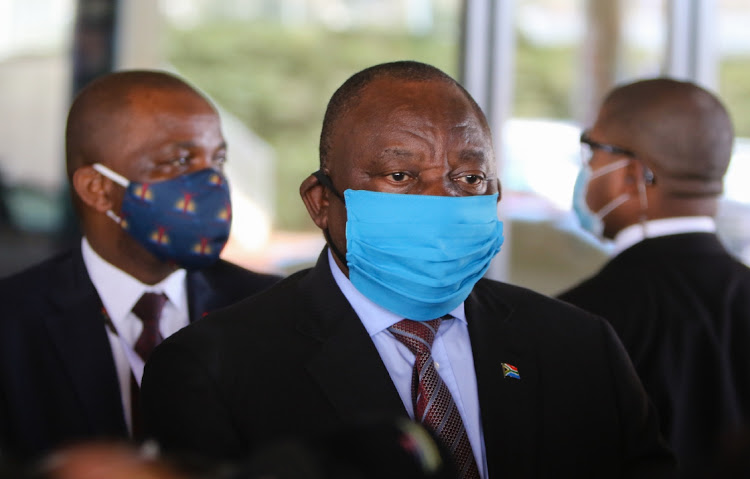 The government is this week expected to provide further updates on the easing of the lockdown.

On Wednesday, President Cyril Ramaphosa announced the further easing of level 3 lockdown restrictions, allowing at least 500,000 more people to return to work in sectors that include hotels, personal care services, restaurants and cinemas.

At the weekend, the government published the regulations on personal care services, paving the way for the industry, which includes hairdressers, to reopen immediately.

Earlier in June the DA had filed urgent papers in the high court in Cape Town to have the ban and criminalisation of personal care declared invalid and unconstitutional.

On Tuesday, Ramaphosa will open the inaugural Sustainable Infrastructure Development Symposium of SA.

The symposium will be held under the theme “Investing in infrastructure for shared prosperity: now, next and beyond”. The presidency said it comes at a critical juncture as SA charts a course for economic recovery in the post Covid-19 period.

Top of the agenda this week in parliament will be finance minister Tito Mboweni’s supplementary budget necessitated by the Covid-19 crisis. The DA will present its review of the emergency budget on Monday.

On Wednesday, the National Council of Provinces will be briefed by the auditor-general on the local government audit outcomes 2018/2019 report. On the same day, the portfolio committees on mineral resources & energy and public enterprises will be briefed by the department of public enterprises and Eskom on their respective responses to the Independent Electricity Management Operator Bill. The bill was introduced by DA chief whip Natasha Mazzone in December and proposes the establishment of an independent transmission company to manage the national electricity grid in the form of a public-private ownership.

Deputy president David Mabuza will answer questions in the National Assembly on Thursday.

On Tuesday, Stats SA will release the results of the Quarterly Labour Force Survey for the first quarter of 2020.

Also on Tuesday, the matter involving the Thales Group and former president Jacob Zuma will return to the high court in Pietermaritzburg.

Judgment on the legal challenge against the ban on cigarette sales could be handed down this week. The Fair Trade Independent Tobacco Association approached the courts to have the ban — introduced as part of lockdown measures — reviewed and overturned. Concerns about an increase in illicit trade and loss of tax revenue because of the ban have been raised.

Meanwhile, a high court application filed by the Freedom Front Plus regarding the constitutionality of the Disaster Management Act, which the government is using to enforce a lockdown and related restrictions, is due to be heard on Friday.

The DA is also challenging the constitutionality of the act but directly to the Constitutional Court.

Restaurants and hairdressers to reopen as Ramaphosa eases lockdown restrictions

About 500,000 people are expected to rejoin the workforce as lockdown eases for hotels,  personal care services, restaurants and cinemas
National
11 months ago

State hits back at notion that reopening schools is dangerous

WATCH: Can the hospitality industry bounce back?

WATCH: How a global economic recovery is likely to look like

EDITORIAL: From lockdown to living with the virus

As the economy is poised to open up further, one major sector — tourism — has been left behind
Opinion
10 months ago
Next Article

Court to hear Maimane’s application for independent monitors at schools

Tourism sector ‘will die if international travel is only allowed from March ...

Court to hear Maimane’s application for independent monitors at schools

Tourism sector ‘will die if international travel is only allowed from March ...