Get ready for more coalitions after the election, warns Mmusi Maimane 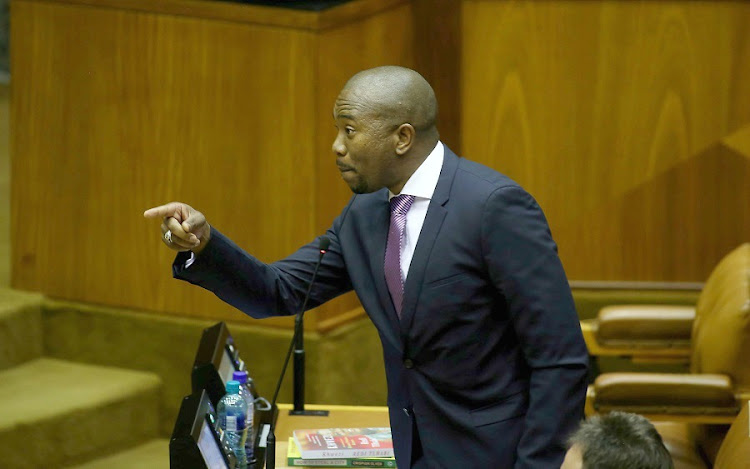 DA leader Mmusi Maimane says coalitions will be the order of the day for the foreseeable future and is confident they can succeed, despite recent challenges at municipal level.

“We are now in the era of coalition governments and for the foreseeable future, this will be the case, including in national government,” Maimane said as he delivered his “alternative state of the nation address” in Cape Town on Wednesday.

President Cyril Ramaphosa is due to deliver his state of the nation address in parliament on Thursday.

SA is gearing up for the 2019 national elections, which are likely to take place in May. Some political commentators and pollsters have suggested that the elections will bring about the possibility of coalitions, most likely at provincial level.

However, coalitions have proved to be problematic in recent times. Following the municipal elections in 2016 several political parties joined forces to elect DA mayors in hung municipalities, including Johannesburg, Tshwane, and Nelson Mandela Bay. The collapse of the DA-led coalition rule in Nelson Mandela Bay in 2018 illustrated the fragility attached to such coalitions.

Maimane said: “I will be the first to admit that governing in coalitions and in minority governments in the metros has not been easy. But it is the way forward for us.”

“It is possible for such coalition governments to succeed if they can agree on putting the interests of the people first, and if they have a plan to work from,” the DA leader said.

“Not an expression of hope for a better version of the ANC, but a referendum on the party’s achievements and failures during its time in office, and particularly its performance over the past term. Anything less would be a dereliction of our duty in our hard-won democracy.”

He said the ANC had brought the country to the edge of the cliff. "They have given us the single biggest threat to our economy: Eskom, with its massive debt of R400bn and counting. They have given us almost 10-million unemployed South Africans. They have given us systemic corruption that will take years, if not decades, to eradicate from the state,” Maimane said.

"The ANC is a broken bus — dangerous and unroadworthy — hurtling down the road with all of us on board. What they now have in Cyril Ramaphosa is just another driver of the same doomed bus.”

He said the DA blueprint would provide the policy certainty currently lacking in the ANC government. "This will include guaranteeing private property rights and guaranteeing the independence of the Reserve Bank. Compare this with the constant contradictions from the ANC on crucial issues like land expropriation, the Reserve Bank and prescribed assets. No investor can make decisions in such a climate,” he said.

“We will make job creation the core focus of everything we do and we will offer special incentives to investors who meet a minimum jobs threshold…. Our full manifesto will deal in detail with this plan to help create jobs, as well as crucial issues such as the management of our state-owned enterprises, fiscal stability, economic redress, land reform and social development.

“At the heart of this manifesto lies our plan to build the SA we once all thought possible, but have since lost sight of,” Maimane said.

Ramaphosa’s evidence on Bosasa payment does not add up, Maimane says

NEWS ANALYSIS: DA forced to use Busisiwe Mkhwebane to shoot at the president

Despite the party's strained relations with the public protector, it is now depending on her to rule against Ramaphosa over Bosasa funding, writes ...
Politics
2 years ago

Watch your back, the EFF is coming for you

PETER BRUCE: Mmusi Maimane is a decent man who must soon make a big decision

EDITORIAL: It’s all about power in political coalitions

DA to meet over coalition woes

Watch your back, the EFF is coming for you

PETER BRUCE: Mmusi Maimane is a decent man who must soon make a big decision

EDITORIAL: It’s all about power in political coalitions

DA to meet over coalition woes