LETTER: Most of us are foreigners

Many of the Zimbabweans, Zambians, Malawians and others who are being targeted make a meaningful contribution to our economy 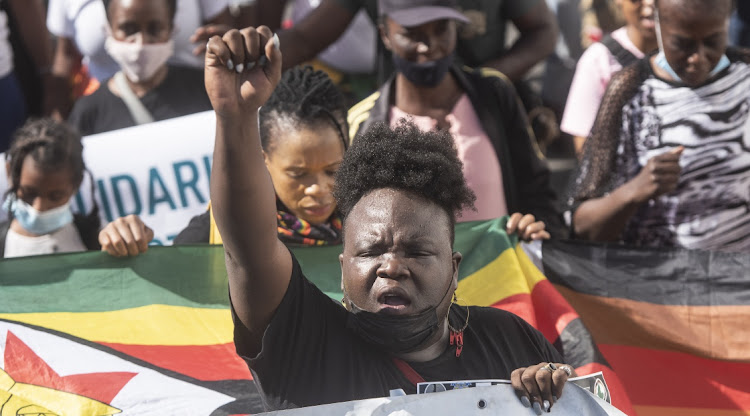 Protestors at the Stand Together Against Xenophobia and Discrimination march from Keisergracht Street to Parliament on March 21 2022. Picture: GALLO IMAGES/BRENTON GEACH

Xenophobic incidents should be of great concern to all South Africans because, apart from the Khoi and San people, we are all technically foreigners. That includes all the many black tribes or nations which, history as I understand it tells us, migrated from central Africa and displaced the Khoi and San.

Many years later they all had to contend with the Portuguese, Dutch and British, which had a go at claiming the land by fighting off the then established black tribes that had settled in various parts of Southern Africa.

While we cannot allow uncontrolled migration into SA because it leads to the formation of more and bigger informal settlements that are beyond the financial capability of any well-run municipality to control, never mind those that are in a state of collapse, many of the Zimbabweans, Zambians, Malawians and others who are being targeted are well educated and make a meaningful contribution to our economy.

They are probably disliked because they are in many cases better educated, show entrepreneurial skills and are pleasant to work with, as shown by many working in the hospitality industry.

Sadly, many of our unemployed are poorly educated and difficult to employ in industries that need skilled people. The ANC is entirely to blame for this as it placed the completely unnecessary arms deal ahead of improving education or health care when it took control of our country, and then through the intense self-enrichment programme that has brought this wonderful country to its knees.

Even so, I remain optimistic and see signs that people have had enough and are ready to vote for change.

‘It is global practice around the world that when you establish a spaza shop or any business, you must be licensed by the local authority,’ he says
National
5 months ago
Next Article

ANTHONY BUTLER: An incoherent welfare state focused on the next ANC conference

ANTHONY BUTLER: An incoherent welfare state focused on the next ANC conference