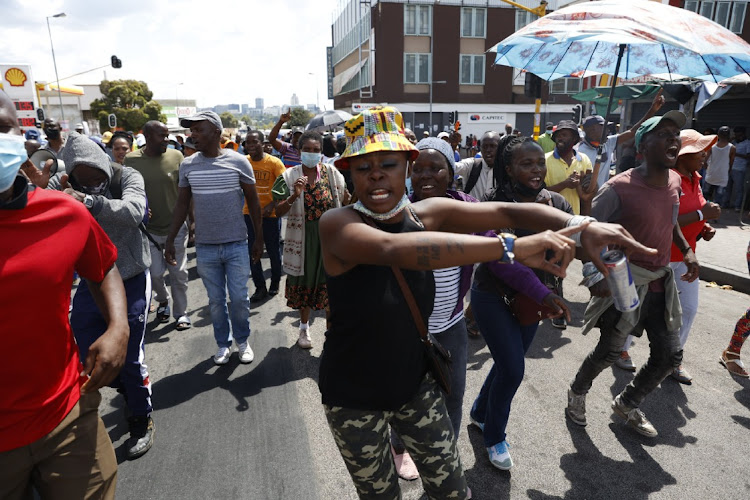 Members of the Operation Dudula movement march in Alexandra, Johannesburg, on Monday to put pressure on foreign nationals to leave the township. Picture: THULANI MBELE/SOWETAN

A controversial “Dudula Movement” campaign was marred by violence and complaints from the public in Alexandra as fights broke out between its members and foreign nationals.

The Dudula Movement is a separate community organisation to Operation Dudula, which has held protest marches against foreign workers.

SowetanLIVE reported that at least 10 people were injured during the violent standoff, according to Alexandra’s Dudula Movement leader Simon Rati, whose T-shirt had blood splatters as he led the group on a march aimed at trying to stop foreigners from trading in Alexandra.

The foreign nationals resisted attempts to remove or block them from vending in the township.

Rati said the violence would not deter the group from continuing with its “cleanup” and they were planning a shutdown of the township. 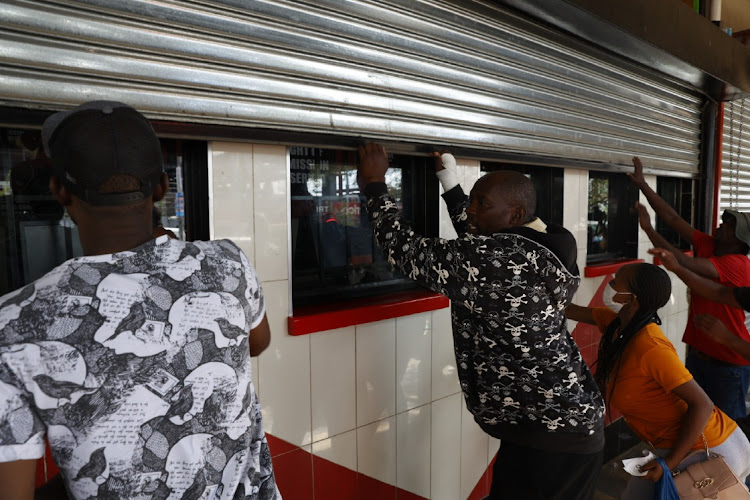 “We removed these foreign nationals from the streets and local residents have taken over and are selling, but they came and stoned people and they beat some up,” Rati said.

The Dudula campaign has been criticised by many for encouraging xenophobia and for criminality, while its backers insist they are protecting their livelihoods from undocumented immigrants.

While the police maintained a heavy presence, Rati and other Dudula members accused them of failing to deal with foreign nationals.

“The police are powerless, hence we are taking matters into our own hands. We will not apologise for protecting the little economy that we can access and the government is to blame for this mess of lawlessness here,” he said.

While many shops in Watt Avenue complied and closed their doors, the group faced resistance from one of the establishments, with armed security personnel in plain clothes daring the group to try to force the shop’s closure.

Local resident Mandla Sibiya, who was blocked from entering one of the shops the group tried to close, accused the group of vigilantism and said they bullied and intimidated residents in their fight against illegal immigrants.

“We are unable to shop now because they tell us. They never come and talk to us, but they say they represent us. They are not chasing immigrants now, they are chasing us as well. This is wrong and will not end well,” Sibiya said.

Frans Monareng, one of those injured during the violent exchanges, said he had been selling electrical appliances on the pavement when a group of foreign nationals carrying sticks and stones approached him and others.

“I thought I had ducked, but they hit me with a stone on the head. I blame the government for this because they are not solving the problem we are confronted with here. They don’t care about us,” Monareng said.

Huawei faces R1.5m fine for employing too many foreign workers

About 90% of the Chinese giant’s workforce in SA are foreigners, breaching rules, labour department says
National
4 months ago
Next Article

Zimbabwe warns of threats to its citizens based in SA

Zimbabwe warns of threats to its citizens based in SA