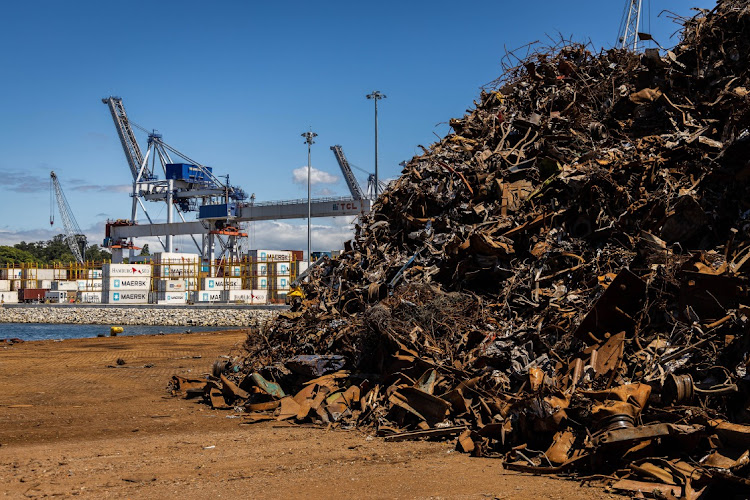 Donald MacKay’s thought-provoking article should worry us all (“Scrap metal plan does not add up as a few oligarchs will end up controlling the sector”, August 1). Tariffs and industry czar Ebrahim Patel honestly believes he alone can turn our sick economy around by way of constant interference, a string of mostly useless master plans and good old diktat, enforcing outdated unworkable policies via strict controls and tariffs.

As pointed out so eloquently by MacKay, the recent introduction of scrap metal export (repeat “export”, not import) tariffs, alongside a price preference system that forces scrap dealers to offer their scrap metal to domestic consumers at a discount before being granted an export permit, is likely to result in the ultimate demise of the scrap metal industry.

This new development totally contradicts a prior assurance that the export tariffs would replace the price preference system and not run in tandem with it. That is simply bad faith.

A detailed reading of the new dispensation shows a breach of promise after consulting with an unnamed working group, and the huge financing by Patel’s Industrial Development Corporation of a hopelessly bankrupt company whose own auditors could not certify it as a going concern.

Patel’s brainchild, the steel master plan, is totally unworkable and will take down a once thriving industry. But he will force his changes through. What is next in his firing line? It appears to be chicken, a favourite government target.

Right now we are in the middle of a dumping investigation. Some dumping may well exist, but the figures and calculations being bandied around make no sense whatsoever and should not form the basis of tariff decisions.

We must not lose sight of the fact that huge poultry tariff increases were introduced just 18 months ago, and there have been nine chicken tariff investigations over the last 10 years. We are told these investigations are independently conducted by the International Trade Administration Commission, which forms part of Patel’s empire. What Patel wants, the embattled SA consumer gets.

Let’s also not forget that we are currently in the midst of a recession, a pandemic and civil unrest, all of which have made huge contributions to our unemployment nightmare, and a poverty rate of more than half our population, resulting in desperate hungry families countrywide.

Yet in both of the industries mentioned above, the common denominator is that for government to exert maximum control over industrial and commercial policies the rich are financed by the poor. We should be very concerned.