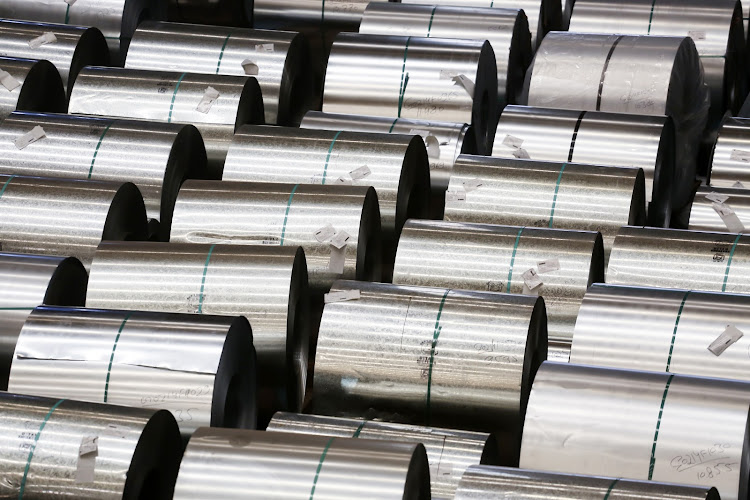 In recent weeks we have seen much hype around the government’s announcements on the liberalisation of the energy market as well as the partial privatisation of SAA — which isn’t saying much.

There is no doubt the announcement by President Cyril Ramaphosa that private sector operators will now be able to generate up to 100MW of electricity for their own use will go a long way in ameliorating the persistent energy challenges our country faces. But one must be circumspect about what is going on at SAA as a result of the questionable board composition as well as the source of funding by the Takatso consortium.

Nevertheless, we are seeing the first signs of market reform since Ramaphosa took office in 2018. However, it seems this liberalisation is confined to the departments of public enterprises and mineral resources & energy. Back at good old Patelgrad, the department of trade, industry & competition revealed its “SA Steel & Metal Fabrication Master Plan 1.0” on June 11.

According to the department “the master plan seeks solutions rather than reiterating the well-known problems”. Yet the 80-odd page document ends up citing far more challenges than it does propose solutions. For example, it opines on the break-up of Iscor and how this was an illustration of “short-term thinking”, and that it has affected “integrated steel production” in SA.

The reality is that the only reason Iscor was economically viable under the previous regime is because SA was a closed market that was on the receiving end of myriad economic sanctions and was reliant on a primary steel producer to meet domestic demand. Simply put, it couldn’t keep up with the market forces that were unleashed once democracy and a liberalised economy came into being.

This admission by Patel better explains why he and his department have fought tooth and nail to protect ArcelorMittal SA (Amsa), which Business Day columnist Peter Bruce has aptly described as “... a really shit-for-brains company” that requires import duties to protect it from competition.

The master plan identifies two sets of opportunities that need to be pursued to “stabilise” and “grow” the industry. For the purposes of this piece, let’s focus on the measures proposed to stabilise the industry.

Some of the key issues identified are the establishment of a Steel Development Fund, government funding, designation under the Competition Act, the supply of scrap metal, consideration of input costs, improving intelligence and information, and capacitating and aligning key institutions.

While a steel development fund may sound beneficial in principle, it is unclear what Amsa’s stance or contribution to this will be. Considering that it holds a government-sponsored monopoly in the market, it in particular should be doing more to contribute to the development of downstream steel players.

There is broad consensus that downstream steel is an area where real growth opportunities exist. In the past the DA has called on development finance institutions to increase funding to this subsector, and we welcome this commitment.

As we saw in the case of Burger King’s proposed sale by Grand Parade Investments to Emerging Capital Partners, the Competition Commission acts as a private sector hit squad — stifling competition and driving away investment. Therefore, we remain highly sceptical of its ability to remain within its mandate, which is to enhance competition and provide a level playing field for all participants in the market.

Furthermore, the caution expressed by the department on the possible role of specialisation in certain merger or acquisition deals, and their impact on the industry, are cognitively dissonant at best and outright pseudo-economics at worst.

As the DA has repeatedly said, the worst regulatory treatment is meted out to the scrap metal industry, which under the price preference system and now under the export tax are victims of Patel’s occasional Juche leanings (the North Korean principle of self-reliance).

The fact is you cannot create artificial demand for a product that mills do not purchase and then prevent scrap dealers from exporting their materials. If you want to stop the theft of critical infrastructure and materials, law enforcement agencies need to do their jobs. You don’t penalise those who do an honest day’s work.

A particular area of agreement for us is on the issue of inputs costs, especially electricity and the lack of rail and port infrastructure. It is a universal truth that electricity in SA is both expensive and unstable. This is major impediment to growth across the economy. What will be interesting to see is to what extent the industry takes advantage of the president’s generation announcement, in addition to the negotiated pricing agreements proposed by the department of mineral resources & energy.

Much of our rail and port infrastructure has been vandalised over the past couple of years and government has failed to ensure adequate maintenance of existing assets over an even longer period. This makes the expansion of rail and road networks particularly challenging considering the current fiscal climate. However, a real opportunity lies in our ability to privatise our ports, which currently languish at the bottom of World Bank’s Container Port Performance Index.

There is no doubt that improved intelligence and information gathering methods and analysis can provide key insights into market trends, forecasting and potential opportunities. However, this capacity should be used to enhance the industry rather than ensuring malicious compliance to cumbersome government regulation.

Two of the government’s key technical infrastructure agencies, the National Regulator for Compulsory Standards and SA Bureau of Standards, have been subjected to periods of administration as a result of mismanagement and the misappropriation of funds. These are not quick-fixes and I fail to see how these will have an immediate impact on stabilising the steel industry until they are in a position to manage their own affairs. While they were distinctly separated in terms of legislation several years ago, there is a strong argument for their functions and structures to be collapsed into a lean, consolidated entity.

While this article only deals with measures to stabilise the industry, it is clear that Patel’s state-centric approach is unwavering. There is very little mention of moving away from the status quo, which relies on sustaining itself through tariffs and government welfare. In the next instalment I will look at how he intends achieving growth in the industry.

LETTER: Careful with that sparkling optimism

LETTER: Careful with that sparkling optimism