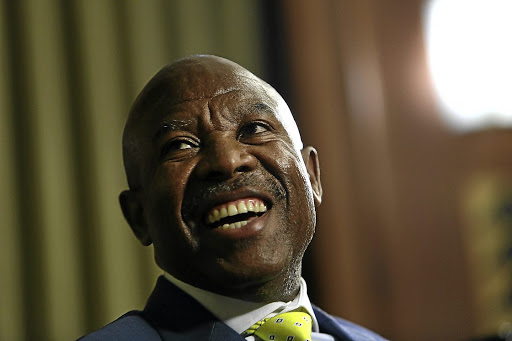 SA’s traumatic week of looting and destruction is likely to feature prominently in the Reserve Bank’s latest monetary policy committee (MPC) meeting, which starts on Tuesday.

Unlike the Covid-19 turbulence that struck the economy in 2020, resulting in an extra 275 basis points of rate cuts, deliberations about this past week’s events are unlikely to have an effect on the policy decision on Thursday.

The consensus among economists is that the MPC will leave the repo rate unchanged at 3.5%. On a macroeconomic level, economists don’t expect the mayhem of the past week to have a material effect; at least as measured by growth in GDP.

That’s not to say the question won’t come up. While the damage has been substantial, measures to repair damaged infrastructure will count as a positive towards GDP. The temporary closure of ports and the important N3 road between Gauteng and KwaZulu-Natal will raise questions about potential damage to supply chain and shortages that could lead to a spike in prices. But there is no indication that any price shocks will be sustained.

That’s not to say inflation isn’t an issue, and markets will be on the lookout for the Bank’s view on the outlook for oil and food prices.

But existing forecasts are for inflation to stay in the mid point of the 3% to 6% target range for the next two years — something that is unlikely to change. SA’s inflation rate jumped to a 30-month high in the 12 months to May, climbing higher than 5%. But that largely reflected base effects after some prices actually fell in the wake of the lockdown in 2020.

In the US, inflation jumped in June to an annual 5.4%, partly reflecting pressures on supply chains due to the effects of the pandemic, the fast-pace recovery that has been made possible by the availability of Covid-19 vaccines and, of course, the effects of extraordinary monetary and fiscal stimulus.

In the UK, inflation is also running above target and some economists say it could easily reach 4%, twice the goal of the Bank of England. Staff shortages for services businesses such as pubs, restaurants and home builders are putting upward pressure on wages — something that could also be due to the effect of the UK leaving the EU.

That has created a debate as to whether this bout of inflation is “transitory”. There is a view that it’s better to have a little bit of inflation to worry about, rather than a weak economy with low inflation, which has Kenneth Rogoff, a Harvard professor and former chief economist at the International Monetary Fund (IMF), among its more prominent supporters.

In the Financial Times, Rogoff argued that it might be a good thing for the US inflation rate to be “mildly above target” at about 3% for a number of years. That’s not to say he's deaf to warnings about the risks stemming from uncontrolled and indefinite government borrowing and the potential for global borrowing costs to rise suddenly and substantially.

Recent comments by governor Lesetja Kganyago suggesting that he might favour a lower inflation target for SA are interesting in this context, and may come under scrutiny during his media conference. A consequence of the country adjusting its goal lower will be policy being tighter, or at least less accommodative, than it would have been otherwise.

It’s hard to see how this would be wise, or even necessary, in a context where SA’s trading partners are tolerating higher rates of  inflation, and the economy is in need of further support. Higher inflation in key trading partners should serve to narrow the differential without SA having to do too much, unless prices here accelerate at an unhealthy pace. The weak economy is likely to keep a lid on demand, so that doesn’t seem to be an immediate danger.

A government that’s under pressure to turn more populist as a response to recent riots won’t support such a step anyway. The Bank will be correct to stay put this week and also to shut down any talk of lower targets.

Even amid the mayhem and violence, CEO Sim Tshabalala says it is important to think long term
Opinion
9 months ago

EDITORIAL: The timing of British Lions’ tour could not be worse

Crushed by waves of Covid and unrest, the country hosting the Lions isn’t doing its best marketing job
Opinion
10 months ago

HILARY JOFFE: Decoding the governor as inflation dominates the conversation

HILARY JOFFE: Decoding the governor as inflation dominates the conversation