Even amid the mayhem and violence, CEO Sim Tshabalala says it is important to think long term 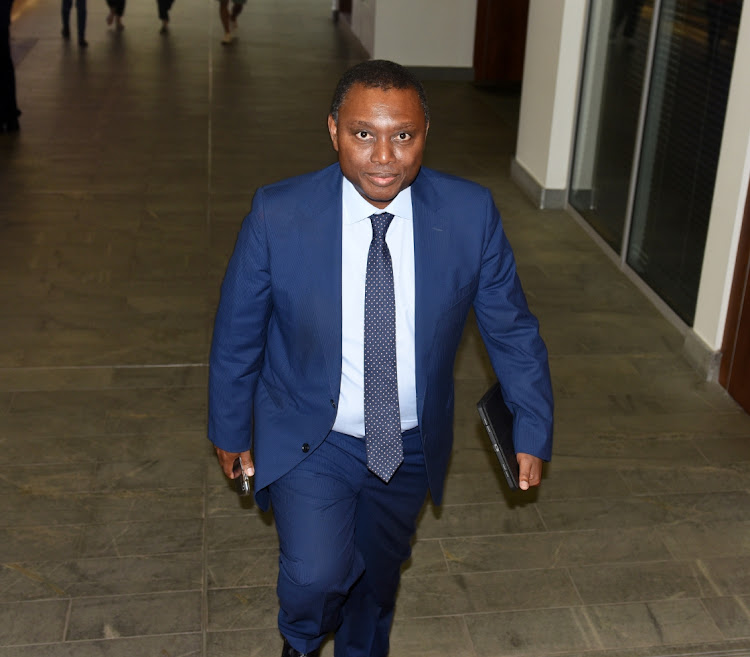 In any other week, Standard Bank offering a R12bn buyout of minority shareholders in Liberty Holdings would probably have been the lead story in this newspaper.

The deal, announced on Thursday, was overshadowed by the looting frenzy and destruction of shopping malls in Gauteng and KwaZulu-Natal that kept everyone on a knife’s edge, with Standard Bank CEO Sim Tshabalala telling reporters that it was the worst week in postapartheid SA.

“We are going through the worst week in all our lives in terms of the damage, the destruction, the distress, the economic impact, the fear, the anger — the frustration in SA is just unprecedented,” Tshabalala said at the end of the virtual news conference about the proposed transaction.

“But ... even in the most difficult times, it is important to think long term, understand what’s possible and make a contribution to a better future.”

And the better future for Standard Bank, it seems, lies in Tshabalala’s redefinition of bancassurance, an increasingly frowned-upon 1990s business model that marries insurance and banking.

He unveiled a R12bn offer for minority shareholders in Liberty Holdings, a move that would fold the life insurer into Standard Bank’s sprawling banking empire and create a financial services conglomerate.

From Standard Bank’s perspective, the timing of the cash and share deal could not have been better. It comes after Liberty’s shares took a bigger pounding than Standard Bank from the pandemic-induced downturn. The nearly R90 per share offer values Liberty at R27bn, below its inherent embedded value of just more than R35bn.

Still, in view of the trends at home and elsewhere in the world, it is a bold strategic move that takes the relationship between Standard Bank and Liberty a step further than the long-standing “arm’s-length” tie-up cooked up in 1974 when Donald Gordon founded the insurance group.

It came just weeks after Old Mutual pleased shareholders by announcing that it would distribute a portion of its 19% stake in Nedbank, taking its holding in the company to less than 10% and implicitly telling investors there is little strategic logic in an insurance company holding a chunk in a lender.

Old Mutual once held a controlling stake in Nedbank, acquired in the 1980s largely because it had nowhere else to park its money due to apartheid SA’s strict capital controls. It retained the stake for decades, even after moving its headquarters and primary listing to London in the late 1990s.

Typically, the idea behind bank-insurance tie-ups is to give start-ups, such as Liberty in the 1970s, an extensive branch network from which to sell its insurance and asset management products, a scale that would otherwise take years to build.

It was not working as well as some had hoped even before regulatory pressure after the 2008 financial crisis undermined its economics. Since the 2010s, it became commercially indefensible for such hybrids  to have more and more of their money flow into regulatory buffers to withstand an economic shock that could force clients to either miss credit repayments or lodge insurance claims, all at once.

FirstRand was quick to respond to the trend. It offloaded its stake in Momentum — which, alongside Old Mutual and Discovery, competes with Liberty — back in 2010, citing the need to focus on what it does best: lending.

The list of banks that have hived off their insurance arms worldwide is long. Standard Bank is going in the opposite direction, doubling down on the once fashionable income stream and hoping to give it new meaning in an age of data analytics, personalised service and one-stop shops such as Amazon.com.

Time will tell if Tshabalala, who describes himself as a “boy from Soweto”, can use data science from a larger pool of financial services customers to generate deeper insights to deliver personalised services, products and pricing.

What is not in doubt is that consumers want easily accessible financial services solutions that marry banking, insurance, asset management and savings.

EDITORIAL: The timing of British Lions’ tour could not be worse

Crushed by waves of Covid and unrest, the country hosting the Lions isn’t doing its best marketing job
Opinion
10 months ago

'Elegant' deal as Liberty and Standard Bank make it official

'Elegant' deal as Liberty and Standard Bank make it official